FROM INDUSTRIAL TO IDYLLIC


A new development in Brussels will turn a former industrial area into a verdant oasis of sustainable greenspace, replete with wind turbines, solar panel arrays, and rainwater harvesting to support the residential and commercial space. 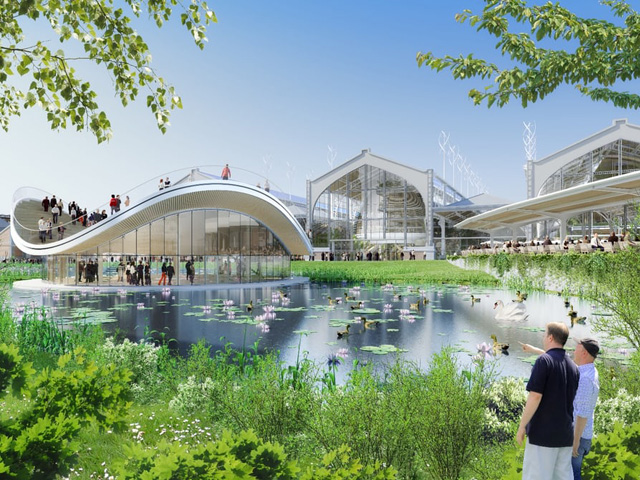 Vincent Callebaut Architectures has unveiled an ambitious plan to turn a former industrial area in Brussels, Tour & Taxis, into a cutting-edge sustainable community. The proposal involves renovating existing buildings and the construction of new greenery-clad residential high-rises. The project is also packed to the gills with green tech and would produce more energy than it requires. 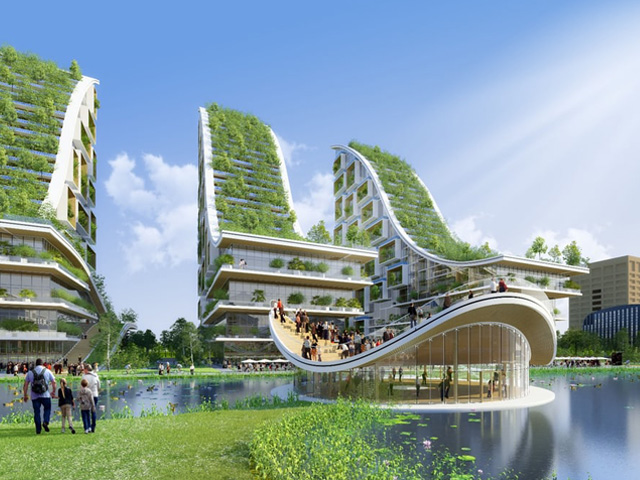 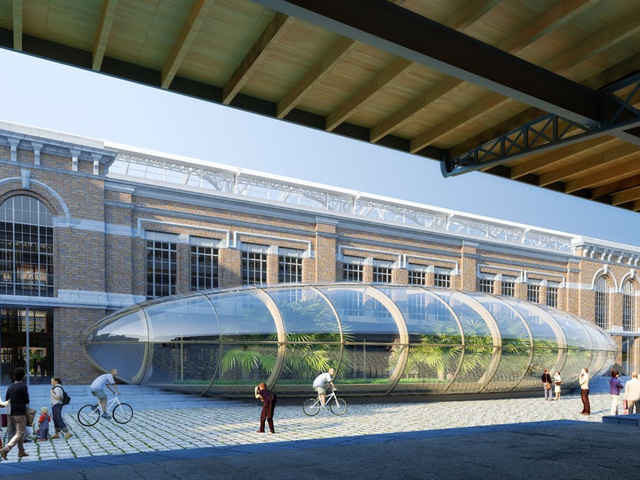 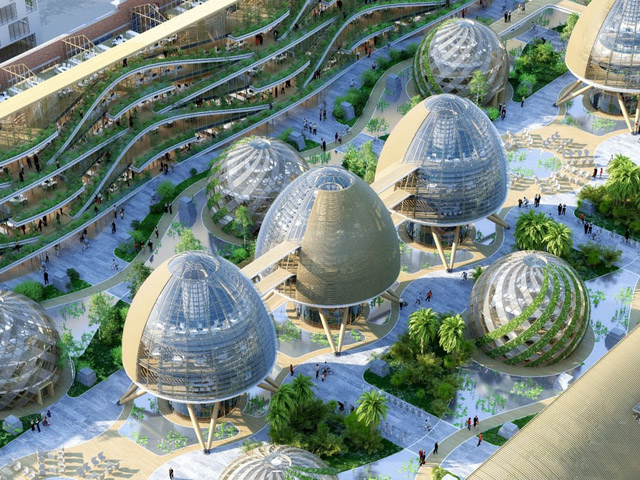 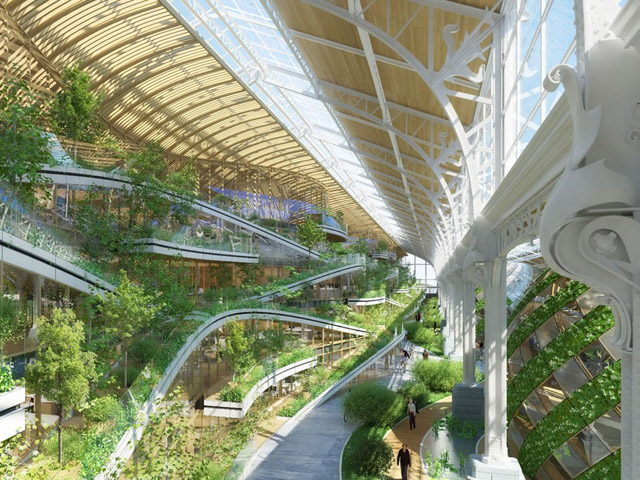 Built in the early 1900s, Tour & Taxis served as a customs clearance and storage complex throughout the 20th Century. Having become obsolete, the complex is now undergoing significant renewal and is already a destination for tourists and locals.

The most notable feature of Callebaut’s design is the construction of three new greenery-clad highrises – or "vertical forests". With a total floorspace of 85, 000sqm, the vaguely ski-jump-shaped buildings would rise to a maximum height of 100m and be topped by a roof clad in solar panels. Their balconies would be used to grow fruit and vegetables.

Elsewhere, Tour & Taxis' vast 50, 000sqm former Marine Terminal will be adapted and reused, with its interior split into distinct areas. Geodesic domes constructed within the space would include restaurants and bar spaces, while raised pod-like CLT (cross-laminated timber) structures would provide meeting spaces. Retail and open space offices would be located within more curved CLT structures and small greenhouses would be affixed to the building's exterior.

Sustainable tech earmarked for the project includes wind turbines, large solar panel arrays, airtight building envelopes, natural ventilation, and rainwater harvesting. It is believed, so much energy would be produced by the project (a calculated 186 percent of its annual electricity requirements) that there would be a large surplus, which could be redistributed to neighbouring historic buildings and any future developments.

No word yet on when or if the project will proceed, but the concept does serve as an example of the growing trend of, and indeed the growing need for, sustainable and green urban planning.

From Industrial to Idyllic
Universal Magazines