Proposing a reflective ‘floating garden’ to counterpoint the existing absolutist castle, MVRDV has won the competition for the masterplan of the Ettlinger Tor area in Karlsruhe, Germany. 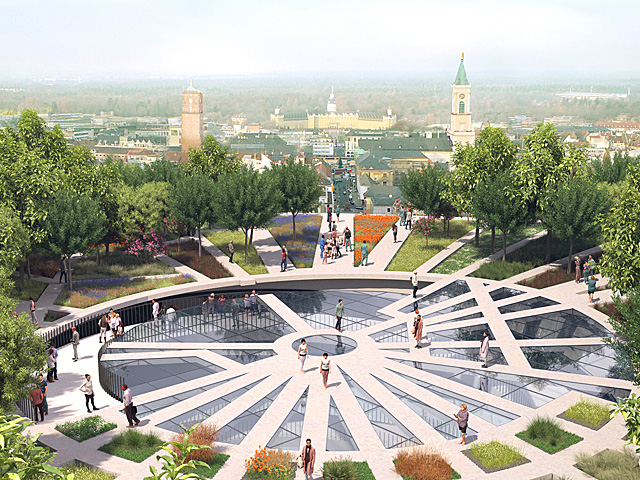 Inspired by the historical fabric of the city, the project imagines a new composition, blurring divisions, and bringing more greenery to the area.

While Karlsruhe grew around the palace, the city became divided into two entities, “with the densely packed blocks of the city centre to the south, and a green city of parks and forests to the north”. 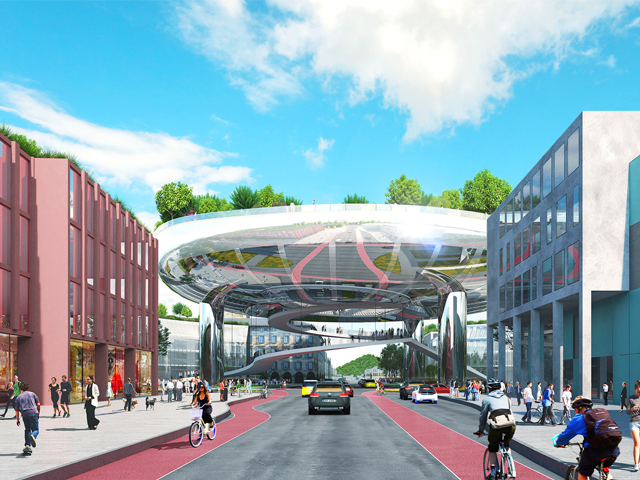 Based on this observation, MVRDV proposed a masterplan that blurs the separation, fills the voids within the city blocks and brings more greenery to the southern half of the city. Extending the Via Triumphalis, originating from the Karlsruhe Palace, beyond the Kriegstraße, the winning proposal generates a new more intimate, and green part of the city.

Involving the public every step of the way, the intervention started out by simulating four-storey blocks, matching the existing heights, carved to create the necessary spaces for the city such as a plaza, trees, two diagonal streets, and courtyards. 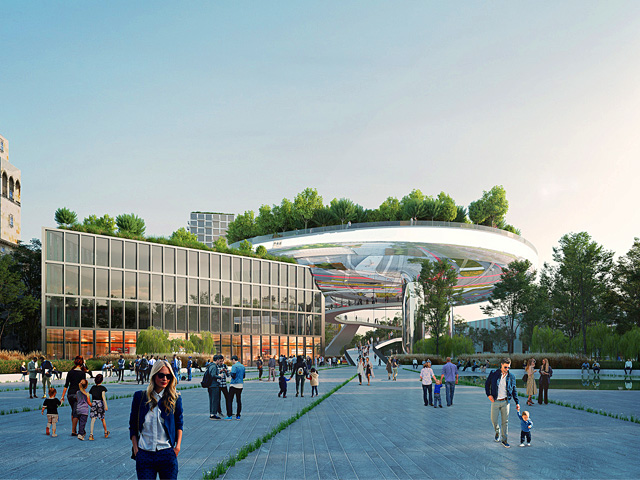 Creating a rooftop forest and an accessible urban park, the rooftops of the new block will be planted, contributing to a reduction in the urban heat island effect.

In order to mark the former location of the city gate, connecting both sides of the city, MVRDV introduced a ‘floating garden’ raised above the Ettlinger-Tor-Platz. 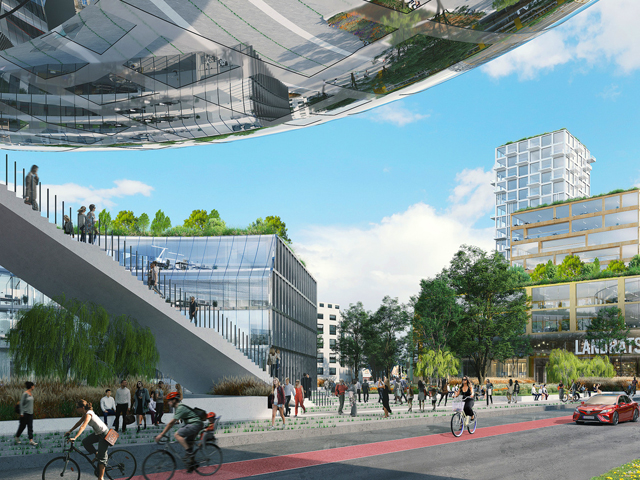 The dish-shaped proposal emulates the castle’s privileged view of the city, making it accessible to the wide audience. Accommodating a community forum and a hotel, the structure takes on a mirrored cover, “while the circular rooftop garden is fashioned as a conceptual map of Karlsruhe, with paths and plants replicating the city’s 32 radial streets”.

“Karlsruhe is a city with a totally unique character,” says Winy Maas, MVRDV founding partner. “Our masterplan is both a continuation and a celebration of the elements that make it so special. With a mirrored underbelly and a rooftop garden forming a miniature replica of the ‘Fächerstadt’ layout, the focal point of our masterplan becomes a monument to the city, to the buildings around it, and to the people that live there.” 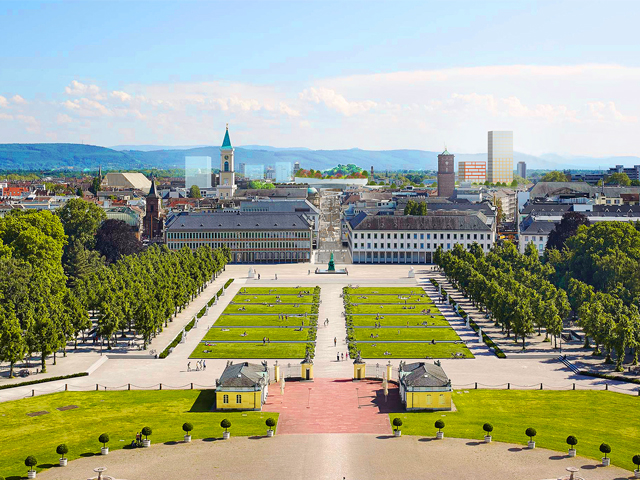 Via ArchDaily | Images courtesy of MVRDV