EMBRACING OUR CHALLENGES WITH OPTIMISM


In early March, Sydney played host to Australia’s largest and most influential conference for sustainability in the built environment - Green Cities 2013. 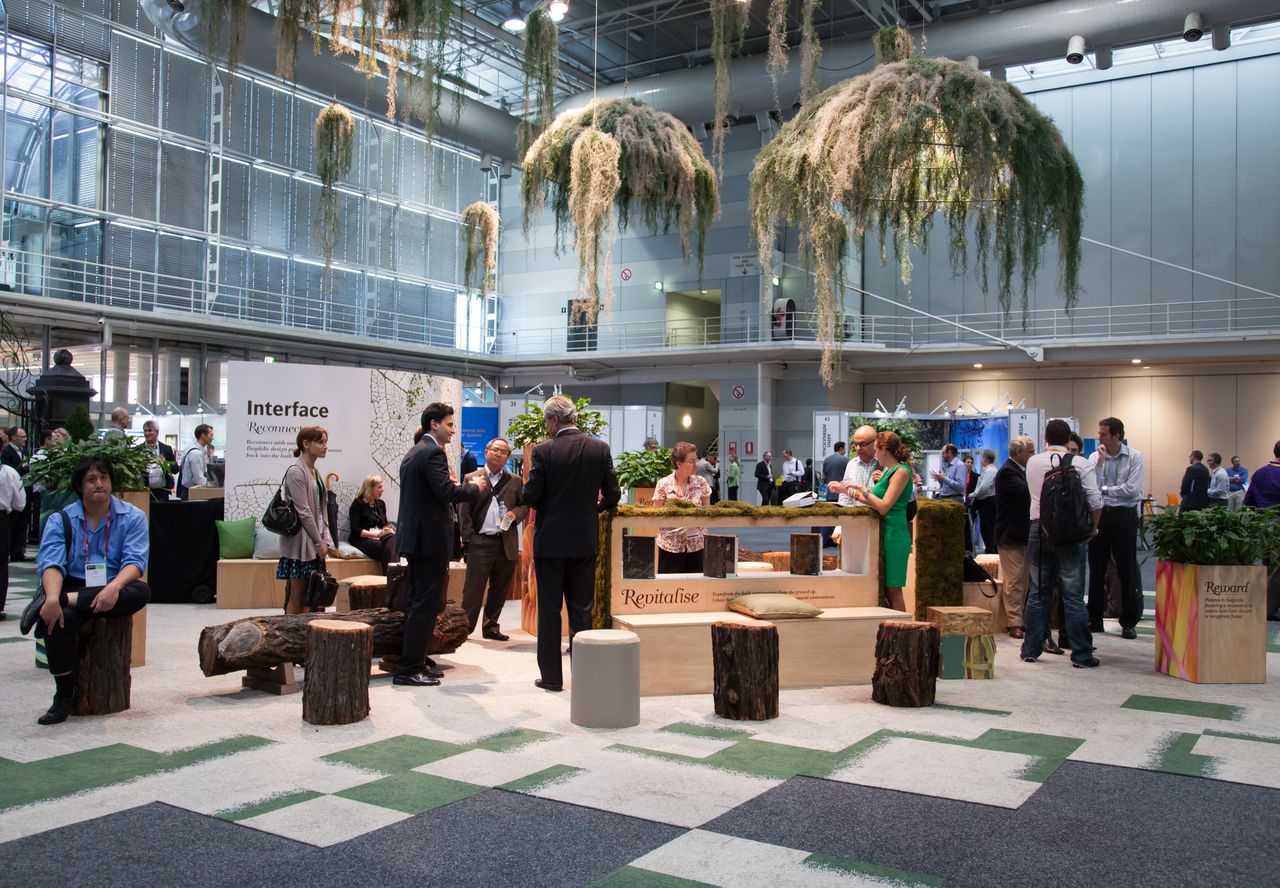 One hundred speakers. One thousand delegates. One million ideas. 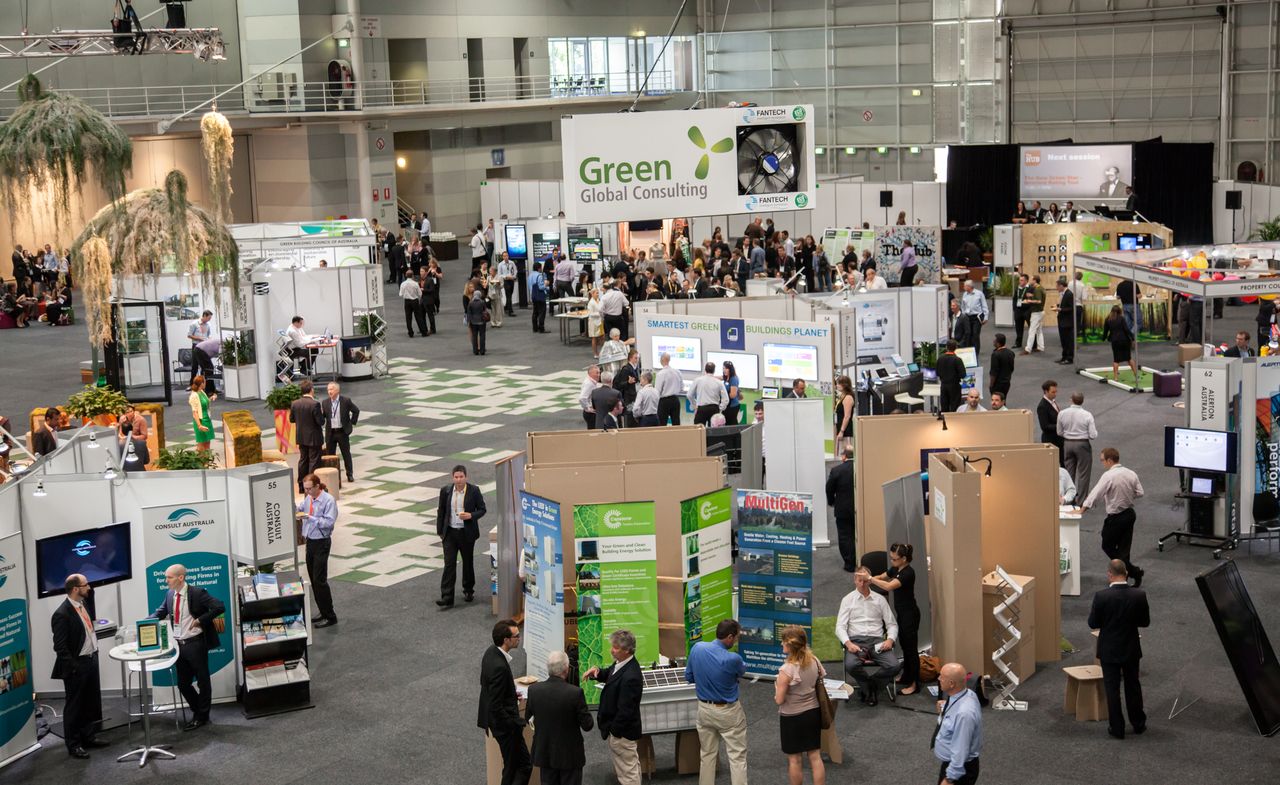 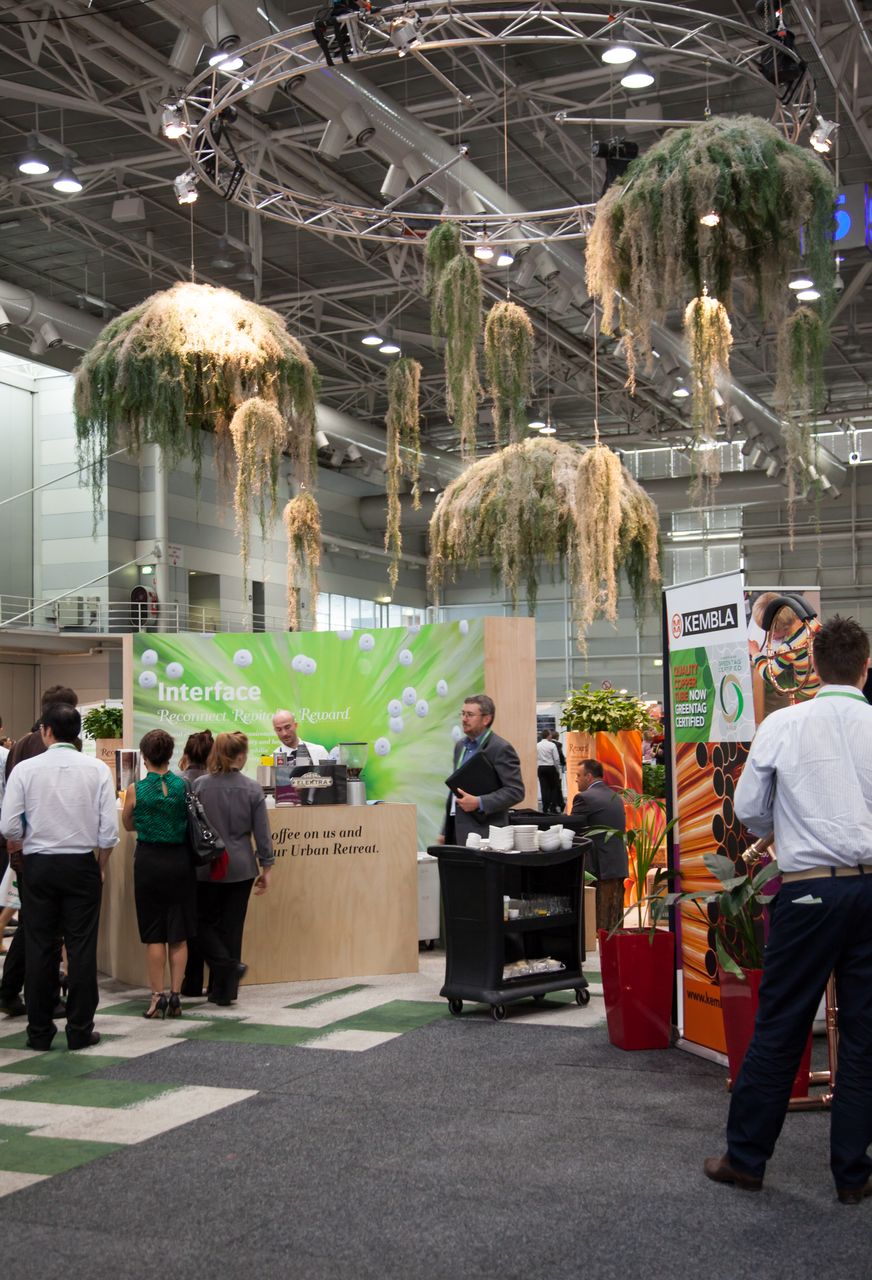 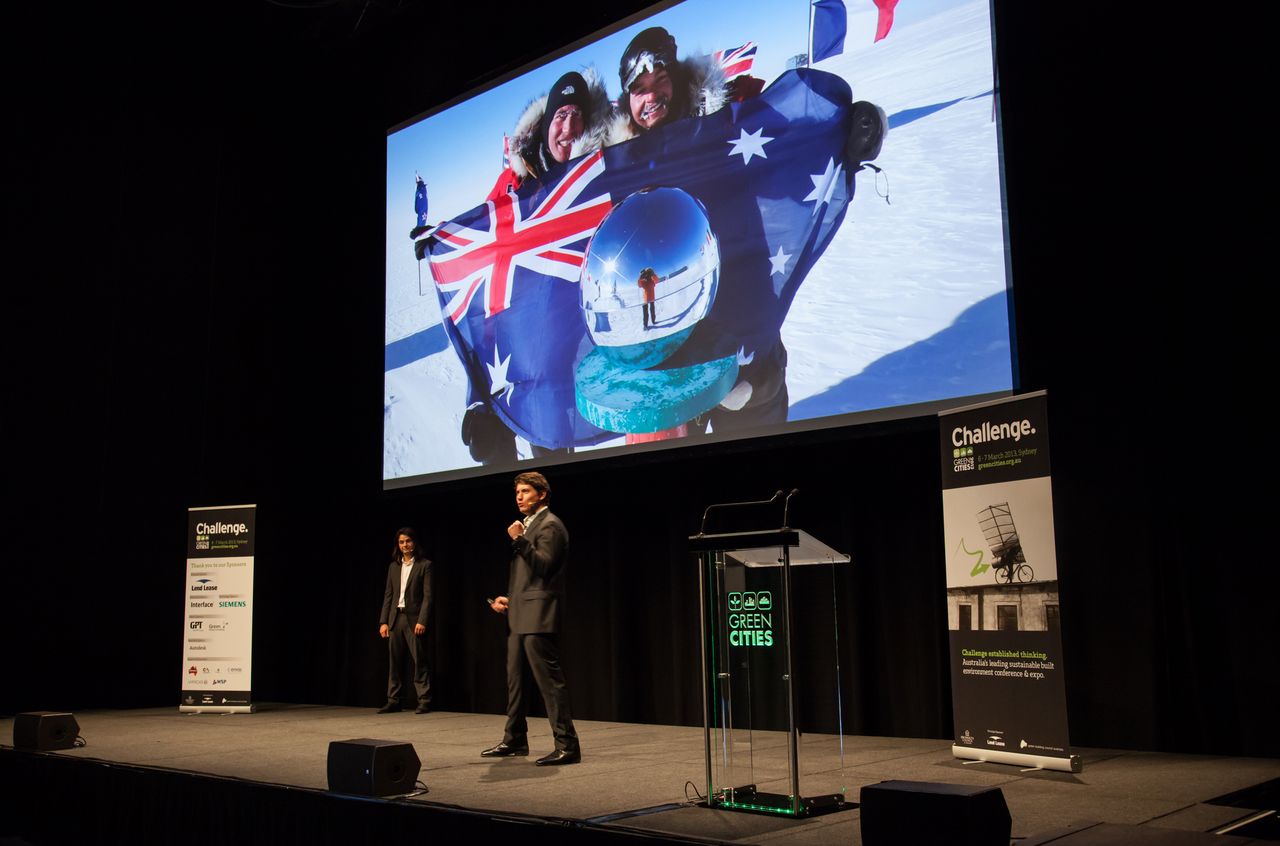 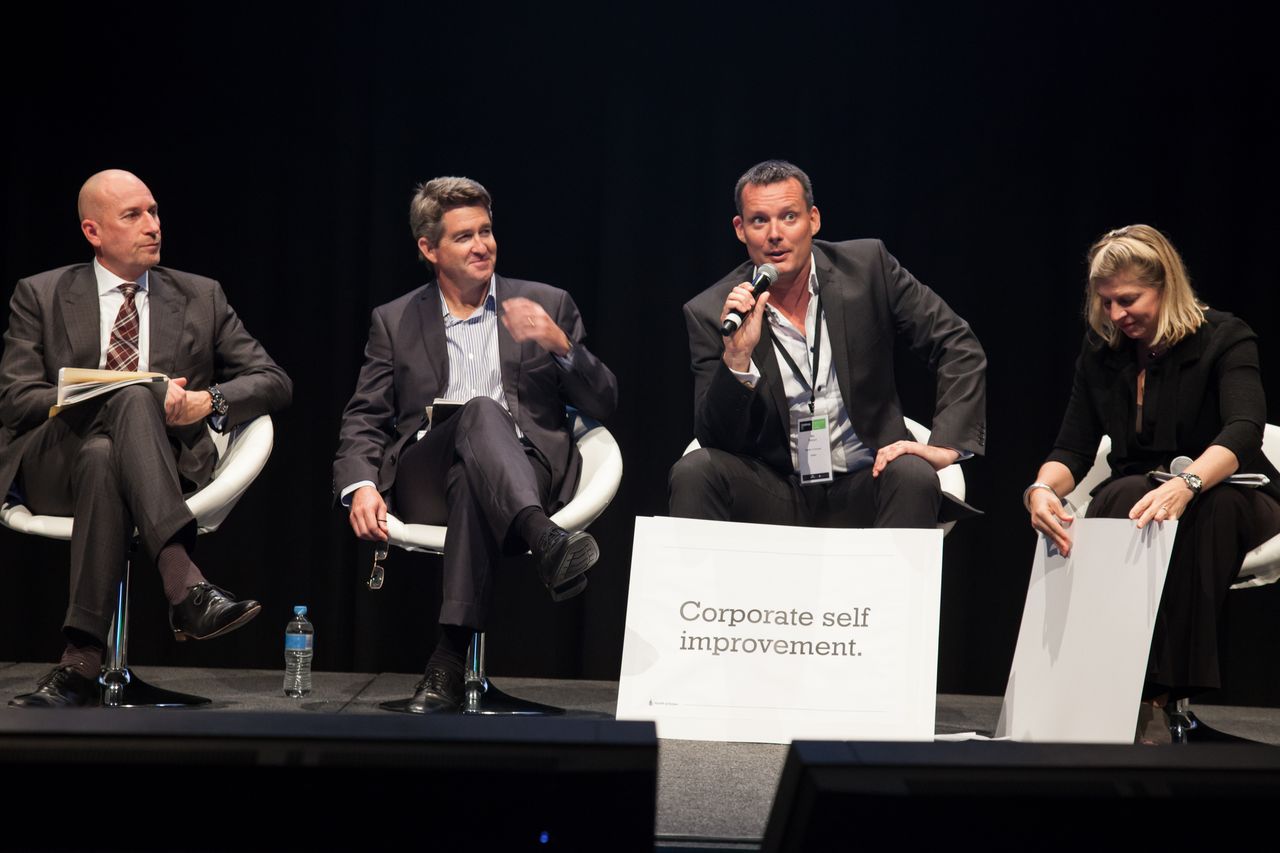 In early March, Sydney played host to Australia’s largest and most influential conference for sustainability in the built environment - Green Cities 2013.

It was no coincidence that the conference organisers, the Green Building Council of Australia and Property Council of Australia, chose the theme ‘challenge’ for 2013, which acknowledged the challenging market conditions faced by large sections of the property and construction industry.

However, it was clear that the industry is embracing these challenges with optimism, and is confident that green building is an unstoppable force.

Gunter Pauli, entrepreneur, activist and author of The Blue Economy, stole the show, arguing that “many green solutions are a case of doing less bad, rather than more good”. Instead, we should focus on the solutions which create positive change.

Pauli’s ‘blue economy’ is about tackling our great environmental problems in new ways and finding solutions that are environmentally beneficial and have wider financial and social benefits.

Pauli inspired the audience with innovations such as how coffee waste can be converted into protein to farm tropical mushrooms, how stone can be transformed into paper and how maggots can be farmed for their healing properties and as a source of protein for other animals. “We must think as part of a system, not in isolation,” he urged.

“Green building has the opportunity to be an integrator of hundreds of technologies,” Pauli proclaimed, setting our audience abuzz.

Eric Knight, economics consultant and author of Reframe, argued that changing the way we think can reveal new solutions to age-old challenges. “We have failed to communicate the green climate change message - and as a result of that failure we’ve lost our audience,” he said, suggesting that instead any message must be “simple and consumer-focused.”

“The green message is about empowering people,” Knight said, adding that the implementation of technology was the key to a sustainable planet. “The challenge for green buildings is to give power back to the people.”

The Property Council of Australia’s Chief Executive, Peter Verwer, was also positive about the industry’s future. “Sustainability begins with optimism about human nature and human endeavour, rather than a religion or ideology,” he said, arguing that we must adopt a new ‘green modernism’ that is pro-technology, pro-cities and pro-growth.

Grocon’s CEO, Daniel Grollo, speaking in The CEO Circle session, was excited by the next wave of sustainability leaders, who he said would emerge as tenants starting to embrace sustainable fitouts.

Lend Lease’s Chief Operating Officer, Dan Labbad, said the industry must challenge “the notion that sustainability needs to cost more”. He argued that industrialising construction processes and standardisation held the key. “Most of the buildings we live and work in today are bespoke and that should change.”

According to Chief Executive Officer, John Flecker, Brookfield Multiplex is zeroing in on the social side of sustainability. “If buildings are better utilised and have higher performance, that’s worth something to a client” and will drive green solutions.

Expo sponsor Interface was the worthy winner of the Weapons of Mass Creation award, for its Urban Retreat range of sustainable carpet tiles, made from 100 per cent recycled yarn and reclaimed nylon from recycled fishing nets extracted from the world’s oceans.

Out on the expo floor, WSP was presented with the People’s Choice award for its booth displaying fashion designs based on key themes relating to the development of future cities.

One of the conference participants, green leader and GBCA board member Siobhan Toohill, tweeted that Green Cities speakers were “tackling the theme of ‘challenge’ with resolute optimism, ‘cos it’s all we can do.”

And in an optimistic reminder of why we do the work that we do, Director of the US’ Center for Green Schools, Rachel Gutter, thanked the green building movement for its efforts on behalf of our children. “Buildings impact the way our kids think about and imagine the future,” she said. Together, we are building a legacy of which we can all be proud.