DOCKLANDS TO GET A NEW CIVIC HEART 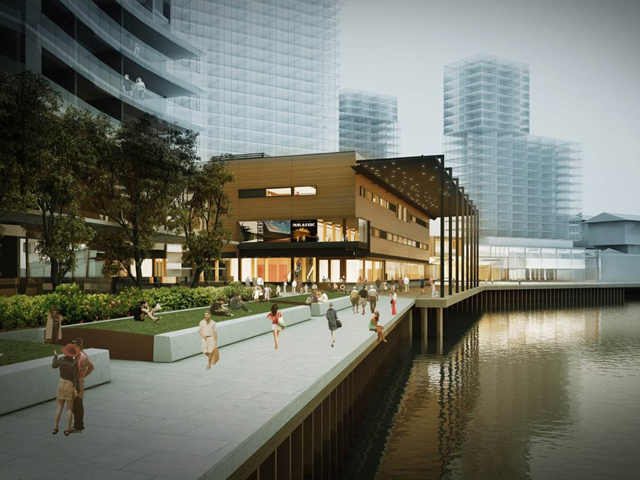 Minister for Planning Matthew Guy with Lord Mayor Robert Doyle has unveiled Docklands' new civic precinct as the last piece of timber was placed on the Docklands Library and Community Centre marking its structural completion. 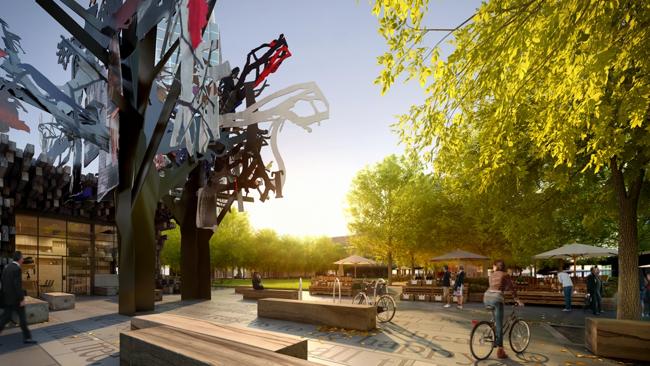 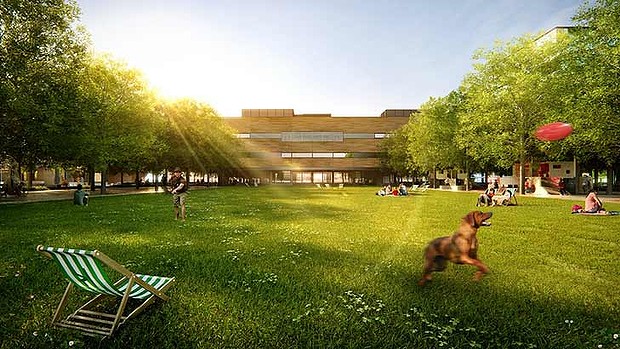 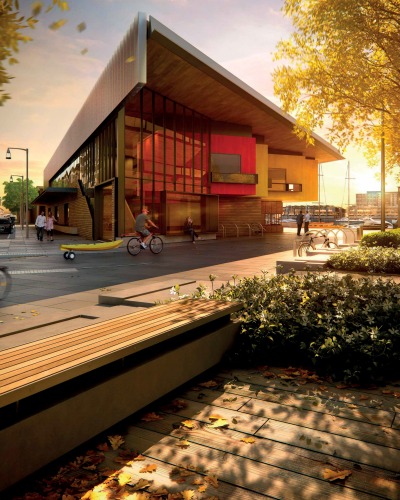 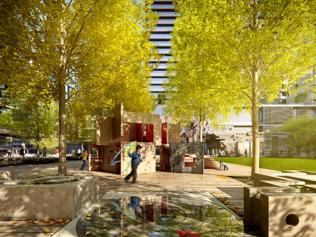 Included in the precinct is a new open space called Dock Square and a Docklands Family Services and Boating Hub. The Dock Square is to be completed by March 2014 and the Boating Hub will begin construction next year.

The new $63 million community infrastructure precinct will become the civic heart for Docklands.

"The $15 million Dock Square will provide 2,500 square metres of landscaped open space that will be flanked by the intersection of two of Melbourne's iconic streets, Collins and Bourke, the Docklands Library and Community Centre and adjacent to the Docklands Family Services and Boating Hub," Mr Guy said.

"These three community infrastructure projects are part of a number of Docklands Community and Place Plan initiatives announced last year that will help Docklands become one of the most liveable suburbs in Australia.

"The circa $20 million library and Community Centre and the $8.5 million Family Services and Boating Hub are the result of a unique partnership combining the City of Melbourne, Lend Lease and Places Victoria, demonstrating the benefits of local and state governments working together with the private sector to benefit the 8,000 residents and 38,000 workers in Docklands.

"Dock Square will include an open lawn area and pavilion, a café and amenities surrounded by evergreen trees, a children's play area, bluestone seating and recycled deck made from timbers salvaged from historic timber."

City of Melbourne Lord Mayor Robert Doyle said the next generation library and Community Centre was set to become the centre piece of Docklands when it opens next year.

"The Family Services and Boating Hub means families in Docklands will be able to access services like maternal and child health in the same location as playgroups, parent information sessions and a large outdoor playground - all on the doorstep of the library and Dock Square," the Lord Mayor said.

"The facility will also be home to three boating clubs which will increase opportunities for water-based recreation.

"Combined with the state of the art library and Dock Square, the Civic Precinct provides more than 8,000 square metres of infrastructure where Melbournians can gather, learn, connect and belong."

Lend Lease's Project Director Claire Johnston said the three-way partnership will deliver essential community assets to the heart of the precinct and further integrate this new precinct into the city's fabric.

Completed Docklands Community and Place Plan projects include the community garden and sports courts. In July, the Premier of Victoria Dr Denis Napthine and Mr Guy announced that construction would commence next year on a new park that will include an oval, pavilion, play area and exercise circuit. In addition they announced the commencement of a feasibility study into a bridge link across Victoria Harbour potentially creating a walking and running circuit around the Harbour.

Trams will operate along the $20 million extension of Collins Street from late this year improving public transport connections to the civic precinct.

"The Victorian Coalition Government is serious about putting the community heart into Docklands, and nothing will better achieve this than the development of open public spaces," Mr Guy said.

Docklands to get a new civic heart
Universal Magazines