CITIZENS LOOK TO THE FUTURE


Taking a community-based approach, the Future Melbourne 2026 initiative kicked of this weekend with a community development gathering to discuss plans for the city’s future growth and development. 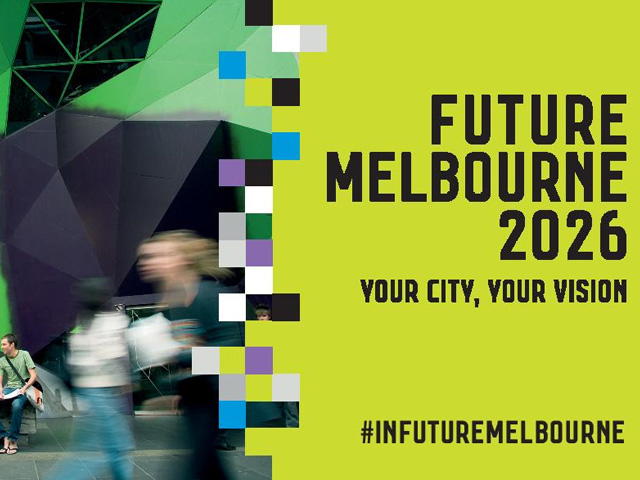 Media Release: A citizens’ jury comprising Melbourne residents, business owners and employees will meet for the first time today to begin work on their plan to guide our city’s direction for the next decade.

“Future Melbourne 2026 will represent the community’s vision, goals and priorities for our city’s development, prosperity and liveability,” the Lord Mayor said.

“It is a community plan developed by the community, demonstrating how the City of Melbourne is working at the cutting edge of governance, using new techniques to involve people who use the city every day in long-term planning and decision making.

“I thank members of the citizens’ jury for dedicating their time to this project which will play a key role in informing the next Council Plan.”

The citizens’ jury will have access to City of Melbourne data and external advice and will consider ideas raised during community consultation activities earlier this year. Further meetings are scheduled for June 4 and 18.

The citizens’ jury will then present its plan to the Future Melbourne Ambassadors: six Melbourne leaders selected by Council to oversee development of the refreshed strategy.

He is joined by:

The ambassadors will present Future Melbourne 2026 to Council in August 2016.