CAN WA BUILD A RESILIENT AND SUSTAINABLE FUTURE?


The GBCA has called on the political leaders of WA to strengthen their commitment to more efficient, productive, resource-friendly and sustainable buildings and communities. 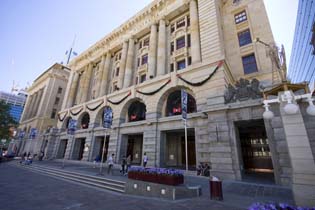 The Green Building Council of Australia (GBCA) has called on the political leaders of Western Australia to strengthen their commitment to more efficient, productive, resource-friendly and sustainable buildings and communities. 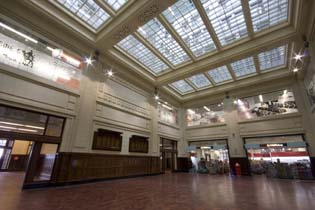 “The GBCA has outlined a three-point green plan for our buildings and communities which we believe will place Australia on a clear, long-term pathway to resilience and sustainability,” says the GBCA’s Executive Director of Advocacy, Robin Mellon.

“With the WA election set for Saturday 9 March, we have assessed WA against the three-point plan. We’ve found that, despite a slow start, the number of Green Star rated buildings in WA continues to grow, government and industry are working collaboratively, the GBCA’s state industry group is driving sustainability at the local level, and the government has assumed a leadership position on a number of key priorities,” Mr Mellon explains.

The GBCA’s three-point plan outlines the need to:

One of the most influential ways for the incoming government to demonstrate its green leadership is to commit to achieving Green Star ratings for buildings it owns, occupies or develops, whether offices, schools, hospitals or public buildings. This demonstrates both financial responsibility and long-term thinking.

“The state government’s Metropolitan Redevelopment Authority (MRA) has adopted a policy which requires Green Star certification as a condition of development approval, and 5 Star Green Star minimums have been mandated for all buildings at ‘lighthouse’ development projects such as the Elizabeth Quay development on the Perth waterfront,” Mr Mellon says.

“This commitment is forward-thinking within Australia, helping to future-proof development, and the next step is for the WA Government to mandate minimum Green Star standards for their own office accommodation, as the Victorian and Queensland governments have done. Moving to Green Star-rated buildings will support more productive, healthy and efficient work places for all WA Government employees.”

“The green retrofit of Perth’s GPO Building, which has achieved Green Star ratings for both the base building and interior, has showcased just how aging icons can be transformed into highly efficient, productive and sustainable spaces. WA’s challenge is to look beyond the icons to the vast quantities of existing stock that is currently performing well below our current environmental benchmarks,” Mr Mellon says.

“Some state and territory governments are introducing a range of policy incentives to improve existing buildings' energy efficiency, reduce water use, widen the range of green building materials used and reduce construction and demolition waste.

"We call on all WA politicians to recognise the long-term economic, social and environmental value embedded in the built environment, and to outline the financial and non-financial incentives they intend to introduce to support more efficient, productive, resilient and sustainable buildings,” Mr Mellon says.

Priority 3: Move beyond buildings to communities and cities

“We commend WA’s LandCorp for sponsoring the development of the Green Star – Communities rating tool, and the WA Government for demonstrating green leadership in this area,” Mr Mellon says.

“We look forward to working with the new WA Government on potential Green Star – Communities developments, which will create more affordable, liveable and sustainable places for the people of WA.

“The benchmarks within the Green Star - Communities rating tool, and the ratings to be achieved, should be embedded within state policies and strategies in order to encourage better outcomes – especially in leaner economic times when Australians need less pressure on their cost of living.

The Green Building Council of Australia (GBCA) is Australia’s authority on green buildings and communities. The GBCA was established in 2002 to develop a sustainable property industry in Australia and drive the adoption of green building practices. The GBCA has more than 700 member companies who work together to support the Council and its activities. The GBCA promotes green building programs, technologies, design practices and processes, and operates Australia’s only national voluntary rating system for buildings and communities – Green Star. See: www.gbca.org.au

Can WA build a resilient and sustainable future?
Universal Magazines