What if New York City’s iconic Brooklyn Bridge was transformed into a floating borough? That’s what architect Daniel Gillen has proposed in his submission to the Reimagining Brooklyn Bridge competition. 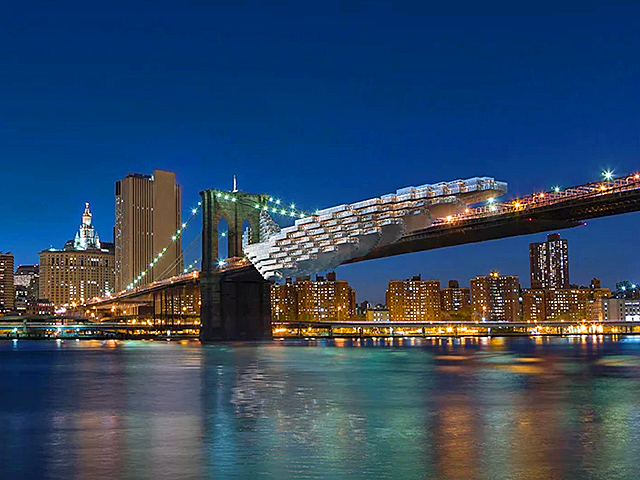 With a shape inspired by natural landform features found at water edges, Gillen’s Brooklyn Bluff concept is designed to enhance public connection to nature and foster a new perspective on adaptive reuse projects.

Developed to provide ongoing flexibility in its usage, the program for this ‘living infrastructure’ contains housing, hotel, cultural, retail and public functions. Through economising the structure with an inhabitable program, Gillen proposes to establish a symbiotic relationship between revenue income and bridge maintenance, ensuring longevity in functionality for the future. 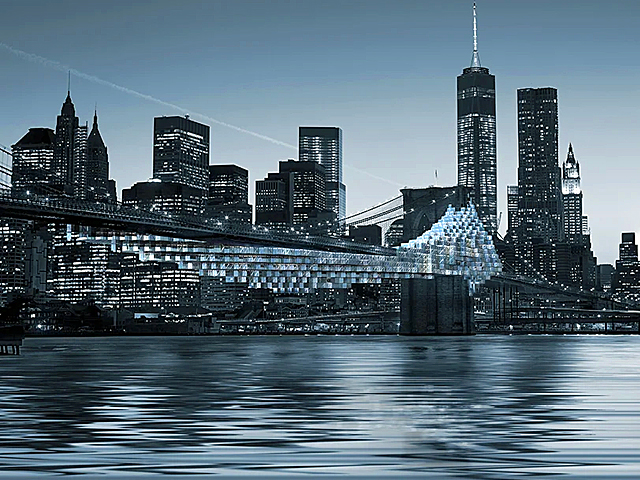 To respect the original design, the proposed architectural addition creates a clear and legible distinction between contemporary and historic. The strength and utility of the Brooklyn Bridge is balanced with a progressive approach to architecture, evaluating a multitude of factors including social conditions, fiscal longevity and safety.

A large public park balances the private economic incentives for the site. Gillen notes, “The topic of sustainability cannot be limited to environmental and social considerations alone, but could aim to recalibrate private profits towards the financial sustainability of public systems.” 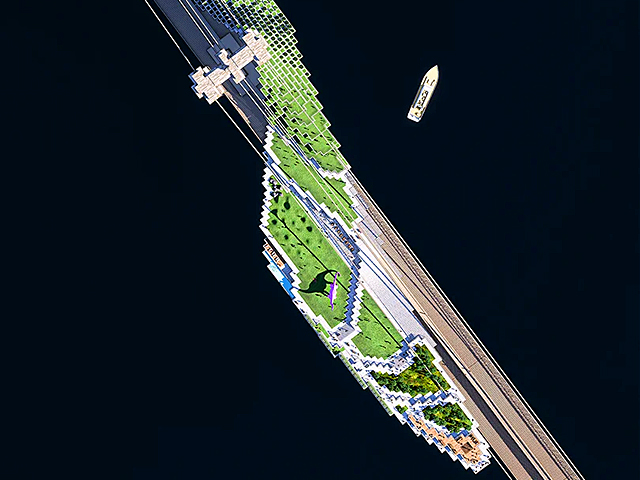 Through this proposal, the public is encouraged to acknowledge that the future is both literally and figuratively ‘supported’ by the past and the symbiotic relationship between the two. As bold and ambitious as the original bridge, the Brooklyn Bluff leverages the original structure by embracing the pier, while the cable structure supports the cantilevered span in equilibrium.

One element is grounded in history while the other is reaching toward the future, establishing a contemporary infrastructure typology. 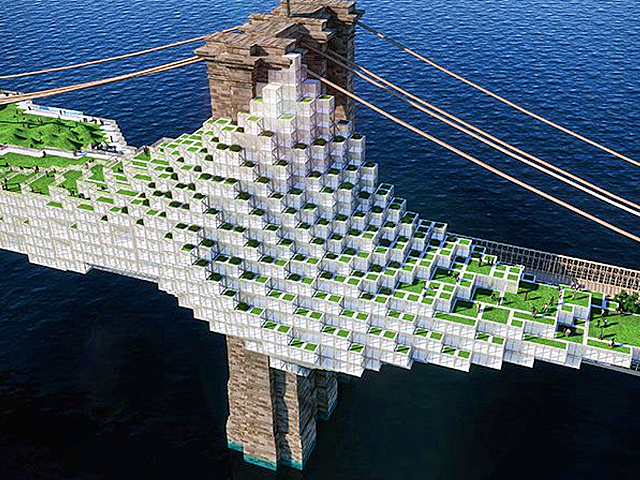 “Humanity is clearly needing more from our cities and public spaces,” says Gillen. “An equitable system that prioritises the needs of the many over the few. Architecture has a responsibility to facilitate this action.” 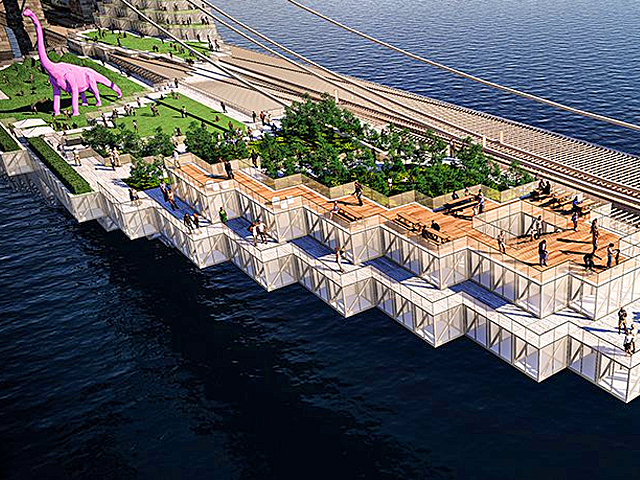 Via designboom | All images courtesy of Daniel Gillen