BLUE IS THE NEW GREEN


The green roof is becoming a more common occurrence in Australian development. But is there a better option? 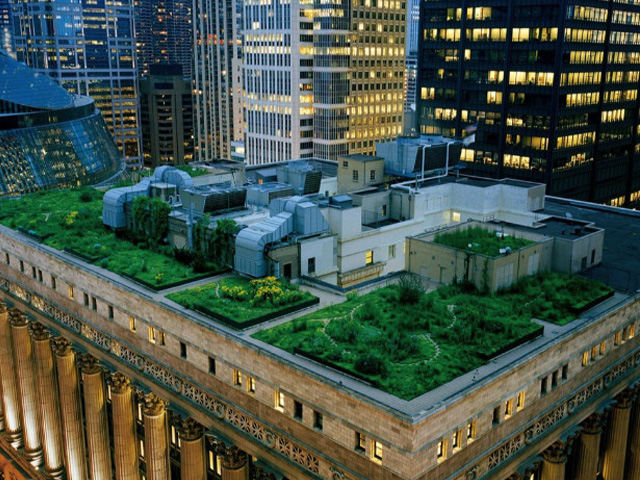 In simple terms, a green roof is partially or fully covered with vegetation and a growing medium, planted over a waterproof membrane. They provide a number of benefits, including thermal and sound insulation, amenity space, biodiversity, reduced water runoff and improved water runoff quality. 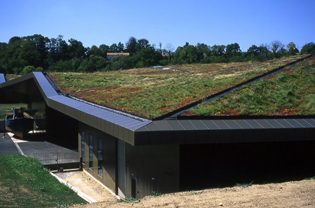 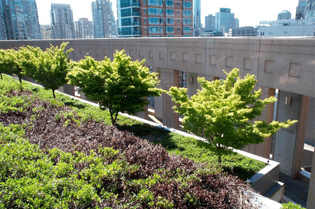 Could the Blue Roof, a new breed of green roof gaining popularity in the US, provide a better alternative for circumventing the current green roof restrictions?

The blue roof is a fairly new source of alternative energy and conservation. It is explicitly designed to capture and slowly release rainwater in order to slow the rate of runoff and reduce the potential for related flooding. The stored rainfall can be reused for irrigation purposes, as makeup water for cooling, or in recreational contexts.

Blue roofs are often incorporated with any type of green roof to provide hydration to vegetation, although they can also be provided under paving. They can be combined with light-colored roofing materials to further mitigate urban heat island effects, and can reduce or eliminate the need for underground storage, which in turn reduces excavated material and underground construction cost and time.

Blue roofs are a viable retrofit option for existing buildings, although structural capacity needs to be carefully considered and the maintenance required is equal to that of a conventional roof.

The ratio of captured runoff is typically designed to closely mimic the pre-construction hydrology of the site. A blue roof acts as a temporary sponge, replacing the prior capacity of undeveloped, pervious ground to absorb rainwater.

Blue roofs are gaining particular popularity in New York, where rooftops have increasingly been repurposed from a utilitarian function into places that can be used by the public and for the benefit of the environment. They complement long and flat roofing styles, and have wide gutters with a sturdy watertight liner. This design works especially well in highly urbanised areas where less space is available for onsite stormwater detention.

As cities around Australia and the globe become increasingly dense, blue roofs are certain to be become more and more common.