A $1 billion revamp of Sydney’s Wynyard Station precinct has been cleared through the planning phase by the NSW Government and is now set to begin the next stage of development. 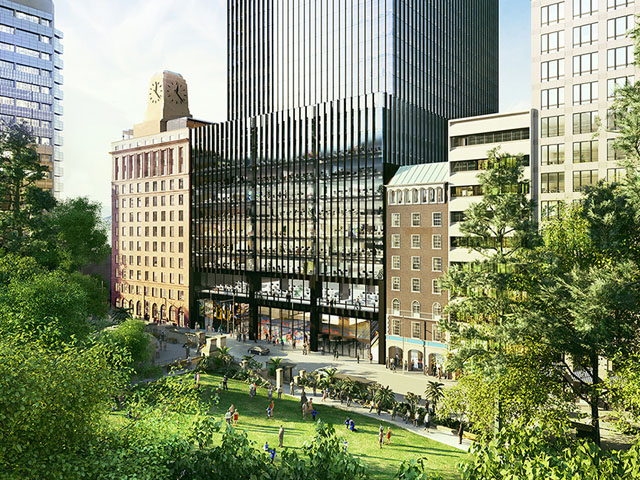 The proposed Wynyard Station area upgrade has been given the go ahead by the NSW Government. Plans for the development gained final approval on 1 June and plans are in the works to move into the next phase rejuvenation in the busy Sydney area. 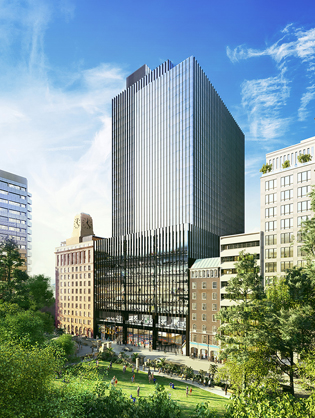 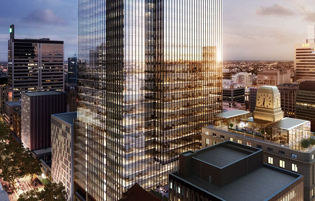 Developers of the scheme, Brookfield gained their approval for the scheme through the Government’s Unsolicited Proposals pathway by offering up a no-cost upgrade to the station surrounds, which fall under government leasehold.

Designed by the collaborative team of Make Architects from Britain and Australian firm Architectus, the development will reinvigorate the surrounds of Wynyard station to the tune of $1 billion. The development will extend into the Wynyard Walk project, designed by Woods Bagot, which runs from Clarence Street down to Lend Lease's $6 billion Barangaroo precinct, completing a greater area of redevelopment for Sydney.

Plans for the scheme include a 27 storey office tower to be known as One Carrington Street. The new 58,000sqm tower will be possible due to the demolition of the Menzies Hotel and Thakral House, which will provide eastern access to the station off George and Carrington Streets and include multiple levels of retail space and a basement car park. The Developers claim the new plan will also include six hotels that will offer a combined 2100 rooms through companies Novotel, Sofitel and Hilton.

Another building that falls within the planned redevelopment area, Shell House, will be spared demolition due to its rating as a heritage-listed structure. The building’s historic façade will be preserved while its interior will undergo renovation to create 8000sqm of new office space and an additional 1500sqm of retail space.

Make Architects hope that the scope of the Wynyard Station precinct development will create prestige for the Sydney transport hub, elevating its status to become one of the world’s most recognised stations. Director of the firm Ian Lomas is quoted as saying “The route between Wynyard Station, George Street and the Hunter Connection will give the city a new urban space, with the generosity associated with all great stations around the world.”

“The new office [One Carrington Street] will be sculpted to optimise views to and from the building – each elevation is different to complement and enhance the city’s skyline.”

The precinct renewal will run alongside the planned $100 million upgrade of Wynyard Station itself. As the city’s third largest transport hub, Wynyard will be revamped to accommodate the increase in railway traffic created by the Barangaroo project. The station upgrade will include the concourse and ticket area. Wider ticket gates, new signage, new tiling, paint and light fixtures are all part of the upgrade. An upgrade of retail outlets is also planned.