Finally opened after nearly a decade of development, CopenHill in Copenhagen, Denmark, is set to be the world’s cleanest waste-to-energy plant, coupled with Denmark’s first ski-slope. Find out more about this incredible project. 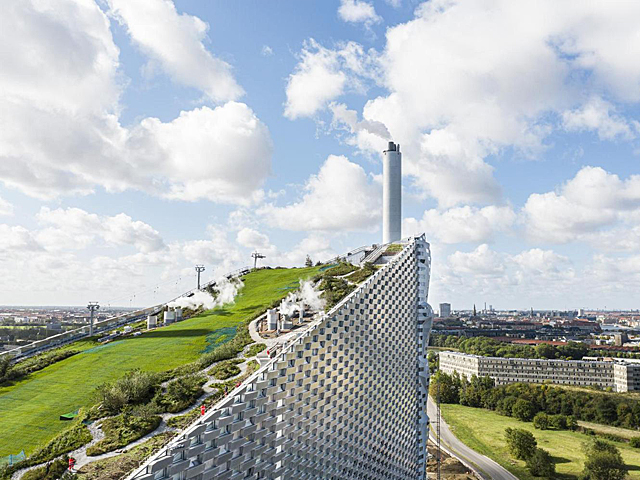 Nearly a decade in the making, the landmark CopenHill waste-to-energy plant first imagined by Bjarke Ingels Group (BIG) has finally opened in Copenhagen, standing as a modern architectural zeitgeist that reflects BIG's own evolution.

The idea that would become CopenHill dates back to 2002, when Bjarke Ingels’ firm went by the name of PLOT. What the firm proposed was to insert a public urban space in the densest area of Copenhagen, where land is most limited, by placing a ski-slope topography above the largest department store in the city. The idea didn't come to fruition, despite winning the competition, but it was the first seed of the idea for the CopenHill of today. Fast forward almost a decade, and it was announced in 2011 that BIG had won the international design competition for Copenhagen's waste-to-energy plant with AKT, Topotek 1, Man Made Land, and Realities:United.

Located in an industrial area near the city centre, the new waste-to-energy plant aspires to become an exemplary model in the field of waste management and energy production, as well as an architectural landmark. At the time, the project was the single largest environmental initiative in Denmark with a budget of 7.5 million AUD. It was set to replace the adjacent Amagerfor-braending plant, integrating the latest technologies in waste treatment and environmental performance.

"The main function of the façade is to hide the fact that factories are having a serious image/branding problem,” explained BIG. “We want to do more than just create a beautiful skin around the factory. We want to add functionality! The ambition of creating added value in terms of added functionality does not stand in contrast to the ambition to create beauty. It does not have to be either/or – it can be both!" It also announced the proposal to turn the roof of the new Amagerforbraending into an artificial ski slope for the citizens of Copenhagen and its neighbouring municipalities. 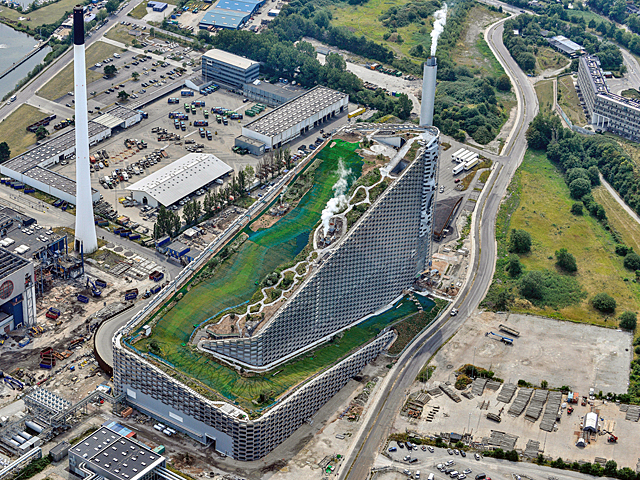 The plant has set out to become the cleanest waste-to-energy plant in the world, to be the tallest and biggest building in Copenhagen, to house Denmark’s first ski-slope and to hold the world’s first steam ring generator

In order to give locals a new understanding of the issue of global warming, for every ton of CO2 generated by the burning of waste, the plant would emit a super-sized ring of steam into the sky from the chimney perched at the top of its sloping roof. However, the world’s first steam ring generator fell short, as the firm was unable to get funding, with Bjarke Ingels explaining that "there are no smoke ring-emitting manufacturers in the Yellow Pages".

Last year, SLA revealed the signature park and ski-slope design that caps CopenHill. Initially masterplanned by BIG, the 16,000-square-metre design seeks to reclaim a typically unused element of a building for the public through the introduction of a nature-filled program. During summer months, the rooftop activity park will provide visitors with hiking trails, playgrounds, fitness structures, trail running, climbing walls and views across the city. In the winter, the park will be joined by over 500 metres of ski slopes.

Today, CopenHill is the result of nearly ten years of thought, time and design.

To complete the project, BIG worked with SLA, AKT, Lüchinger+Meyer, MOE and Rambøll. The plant aspires to embody the notion of Hedonistic Sustainability while aligning with Copenhagen’s goal of becoming the world’s first carbon-neutral city by 2025. The 41,000m2 project includes an urban recreation centre and environmental education hub, turning social infrastructure into an architectural landmark. 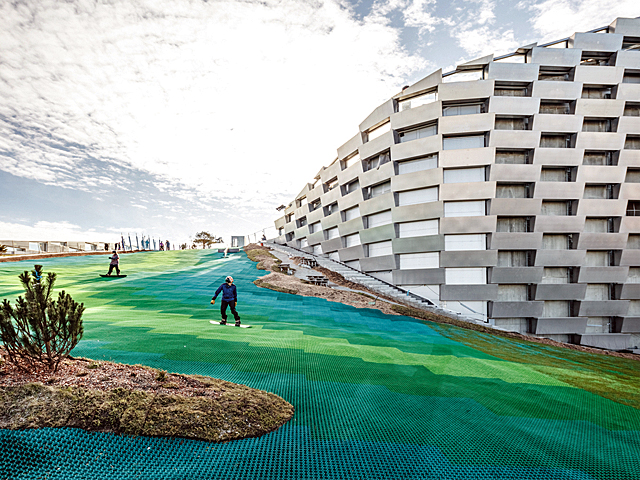 Beneath the slopes, a series of furnaces, steam, and turbines convert 440,000 tons of waste annually into enough clean energy to deliver electricity and district heating for 150,000 homes. CopenHill features a continuous façade comprised of 1.2m tall and 3.3m wide aluminium bricks stacked like gigantic bricks overlapping each other.

“CopenHill is a blatant architectural expression of something that would otherwise have remained invisible: that it is the cleanest waste-to-energy power plant in the world,” said Ingels. “As a power plant, CopenHill is so clean that we have been able to turn its building mass into the bedrock of the social life of the city – its façade is climbable, its roof is hikeable and its slopes are skiable. A crystal-clear example of Hedonistic Sustainability – that a sustainable city is not only better for the environment – it is also more enjoyable for the lives of its citizens.

“To me, CopenHill is a perfect example of the world-changing power of architecture. That we have the power to give form to the future that we want to live in. My son turns one next month – he won’t ever remember that there was a time when you couldn’t ski on the roof of the power plant – or climb its facades. He will take that for granted – and so will his entire generation. Clean energy and skiable power plants is going be the baseline of their imagination –the platform from which they will leap and propose new and wild ideas for their future. Standing at the peak of this human-made mountain that we have spent the last decade creating – makes me curious and excited to see what ideas this summit may spark in the minds of future generations.”

CopenHill has become more than the sum of its parts, and more than a collection of superlatives. It symbolises a desire to reimagine the built environment for future generations and, in turn, bring joy back into our cities. 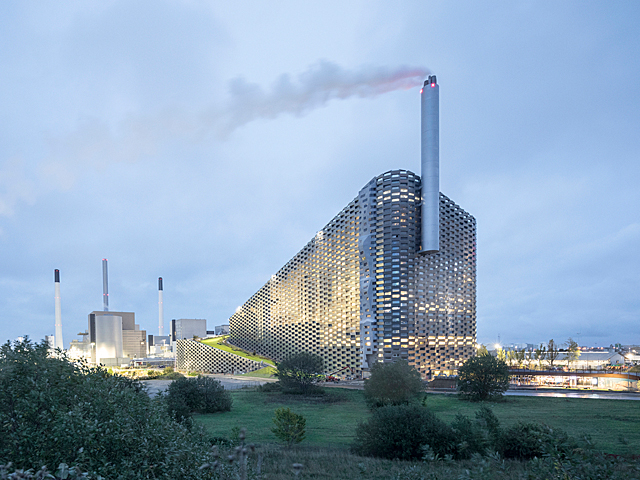 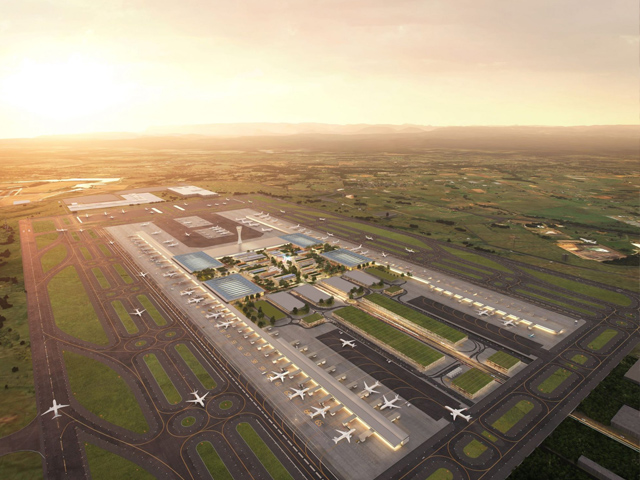 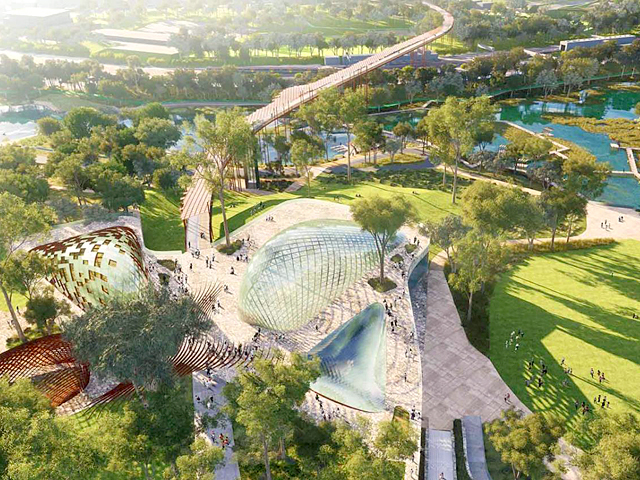 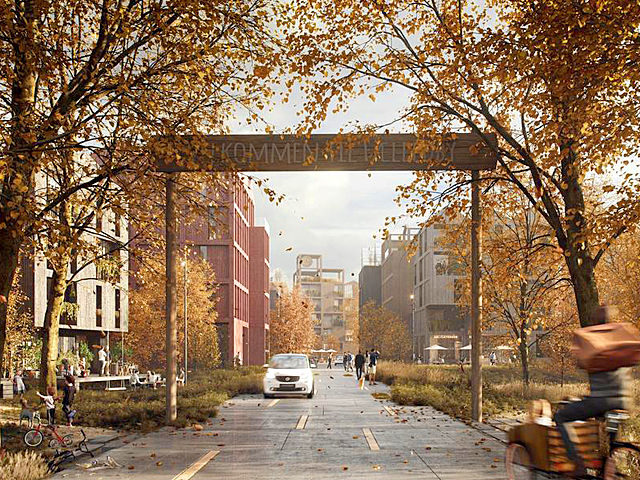 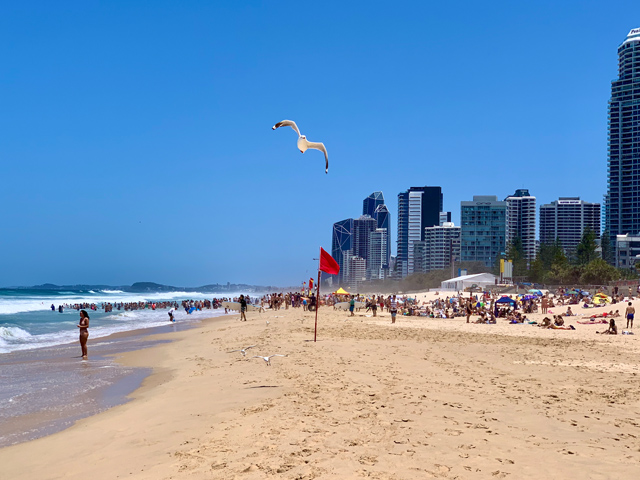