In an attempt to tackle overcrowding at Stadelhofen Station in Zurich, Architect Santiago Calatrava has unveiled an office building design set to be integrated with the station's public space that will include 1000 bicycle spaces to encourage commuters to 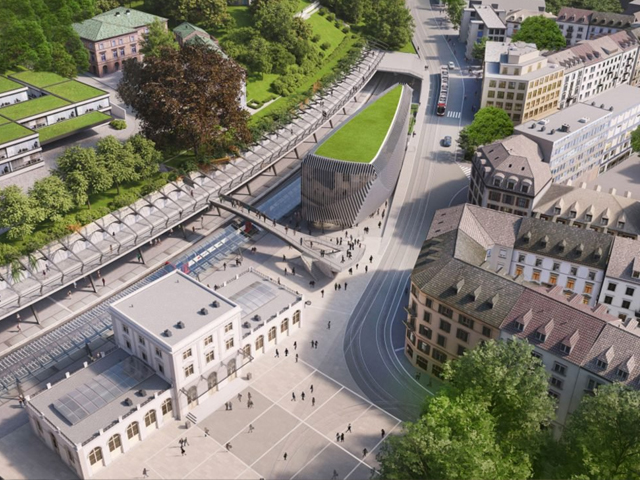 Architect Santiago Calatrava is set to create a grass-topped office block on the plaza in front of his Stadelhofen Station in Zurich with public parking for 1000 bicycles on the ground level. 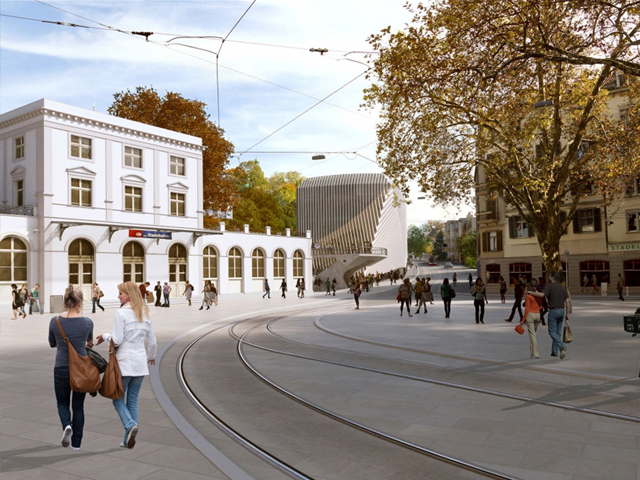 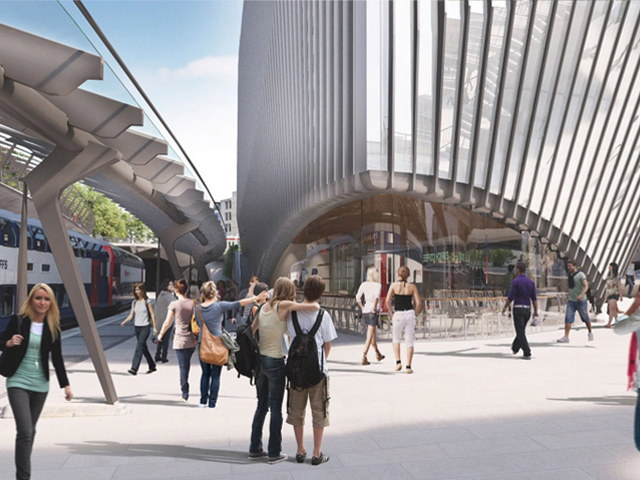 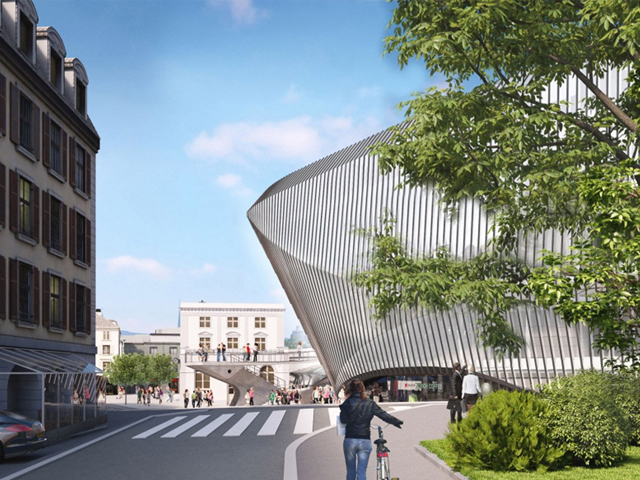 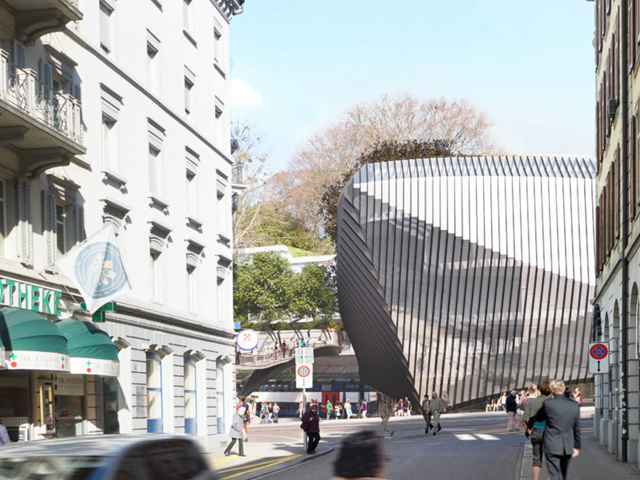 Calatrava unveiled designs for a "21st century office building" on the site 26 years after completing the railway station – now one of the busiest transit hubs in Switzerland, with 80,000 commuters passing through each day.

Images show a glass building featuring bulging walls with slanted angles at the corners and a triangle of grass on the roof.

The five-storey structure was commissioned by Swiss insurer AXA, and will be integrated with the station's public spaces.

The 1000 parking spaces on the lower level are an attempt to tackle the overcrowding currently experienced in the plaza.

"This 21st century office building in the heart of Zurich interplays with the area's streetscape and adds to its vibrancy by encouraging bicycle use and improving pedestrians' connection to the Stadelhofen Station," said the Spanish architect, who is now based in New York.

Calatrava is the latest well-known architect to integrate cycling infrastructure into an otherwise commercial project. Last year Norman Foster unveiled plans for a residential tower in London that would feature a parking space for every bedroom.

Other cities have tackled the growing popularity of cycling for urban commuters by building multi-level bike parks close to major transit hubs.

Calatrava's Zurich project has been made possible by a 2014 change in regulations for the area to allow construction on the public thoroughfare outside the station, as long as the building provides bicycle parking for local and commuters.

Originally a small commuter drop-off point, Stadelhofen Station became a major connection point for trains passing through Zurich in 1990 following a change in the layout of the railway infrastructure around the city.

Calatrava was commissioned to redesign and enlarge the station in anticipation of the increased numbers of passengers and trains. This involved excavating a hillside on one side of the station, and creating new concrete and metal additions featuring Calatrava's signature structural ribs, as well as metal and glass canopies and walkways. The station reopened in 1990.

Calatrava has designed seven railway stations around the world, including the recently completed World Trade Center Transportation Hub in New York and the Liège-Guillemins Station in Liège, Belgium.

But he is perhaps best known for his bridges, which offer the clearest structural display of the architect's interest in ribbed and skeletal forms and fluid curves. Among the most famous is the Chords Bridge in Jerusalem.