Testbeds is an innovative reuse initiative in NYC that transforms architectural mockups that are usually discarded to landfill into community structures such as classrooms, sheds and shade. 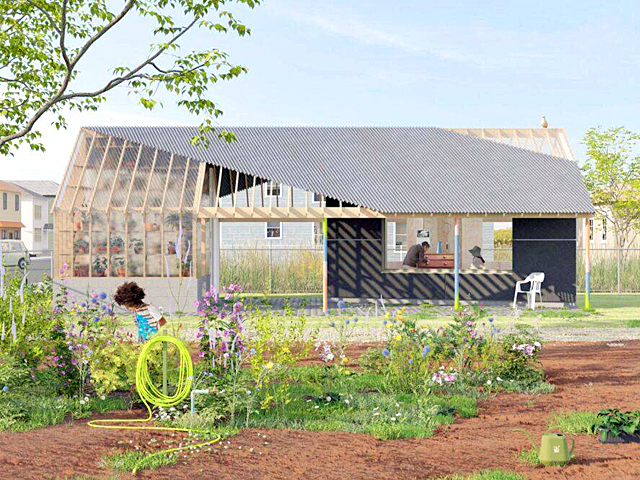 New York-based New Affiliates has teamed up with architect and historian Samuel Stewart-Halevy to launch the Testbeds initiative. The Testbeds’ pilot project will be located at the Edgemere Coalition Community Garden in Queens where, in collaboration with NYC Parks GreenThumb division, the designers hope to construct a multipurpose adaptive reuse structure in fall 2020. 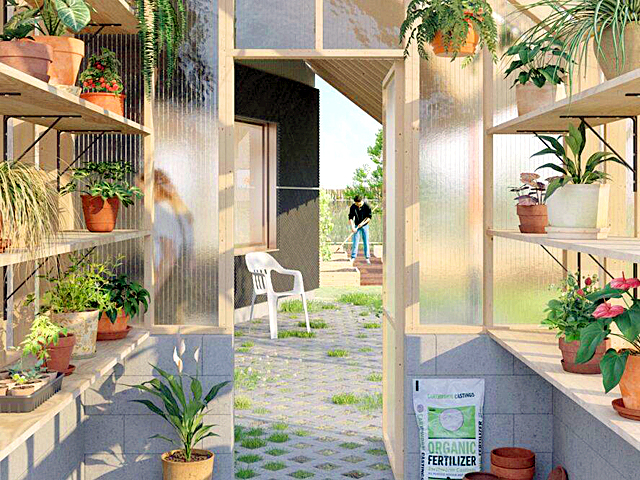 New Affiliates, which has a special interest in turning construction waste streams into architectural resources, collaborated with Stewart-Halevy to try and redirect these mockups from New York’s luxury real estate market to historically disinvested communities in the outer boroughs.

In their conceptual proposals, the designers have reimagined mockups into elements for new greenhouses, casitas, tool sheds, cold frames, classrooms and other garden structures. “The process of repurposing mockups requires coordination between a wide range of stakeholders including community garden boards, city agencies including Parks and Sanitation and real estate developers,” the designers explained. 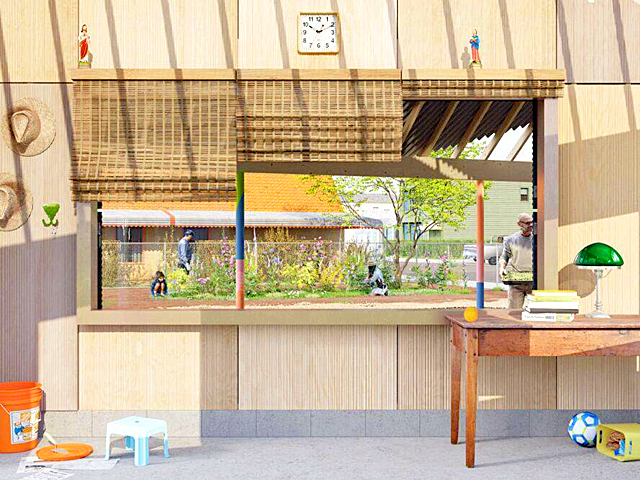 The pilot project, for instance, required coordination with GreenThumb, which provides programming and material support to over 550 gardens in New York City. A mockup from the Tribeca condominium 30 Warren has been donated for the pilot project and consists of four custom concrete panels and a 2.4-by-1.5-metre glass window.

The existing window will be used to frame a new room for meetings and classrooms placed beneath a large shade structure and next to a greenhouse and tool shed in the Edgemere Coalition Community Garden. The Testbeds team is currently fundraising for its pilot project and looking for partners and collaborators for this and future projects.

Via Inhabitat | Images via New Affiliates