Henkai Architects in the Czech Republic has created a park at the top of an abandoned quarry in the Horni Becva village. 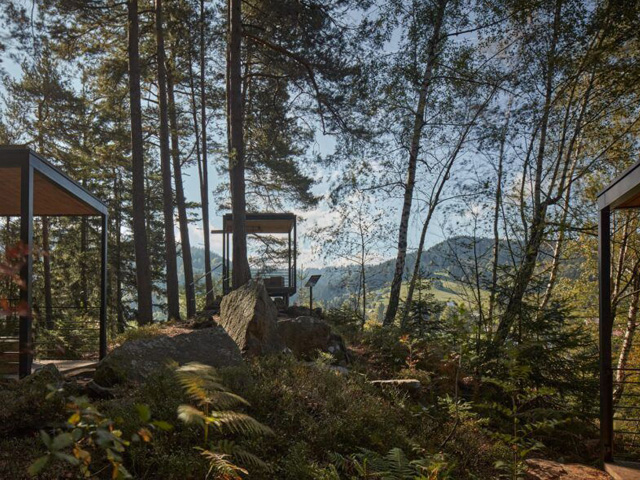 Located in the Beskydy Protected Landscape Area, the park reclaimed the land to turn it into a natural, useable landscape. Located between a village reservoir and a wooded hillside, the quarry is surrounded by village homes.

“We designed a new set of footpaths that naturally follow the sloping terrain,” said Henkai Architects. “With respect to their present unspoiled state, we sought to subtly elaborate and complement the qualities of the existing environments — the rock outcrops, the woodland and the quarry itself. Three new scenic walks take the visitors up the slopes and to the summit of the quarry hill, forming a walking circuit connecting all the main lookout points, a nearby road and a parking lot.” 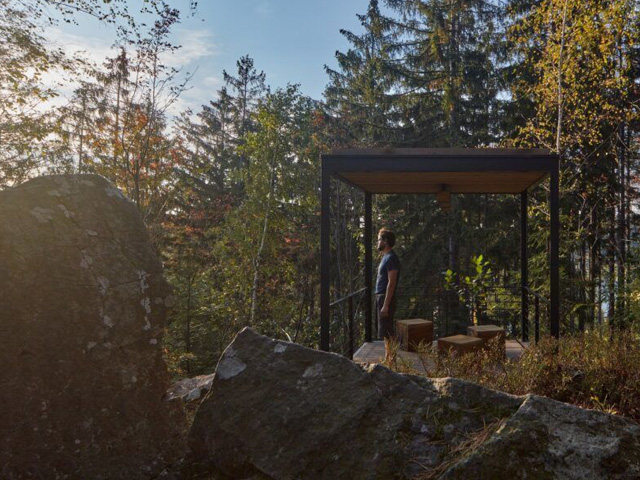 Turning a quarry into a natural area is more complicated than simply adding walking paths. The south facing wall of the quarry is unstable. Walking paths have avoided the area and routed instead through other areas of the quarry.

The easiest walk winds through a new grove of local tree species planted for the project. The plan is to allow this grove of trees to mature into an arboretum that references the natural history and surrounding countryside. 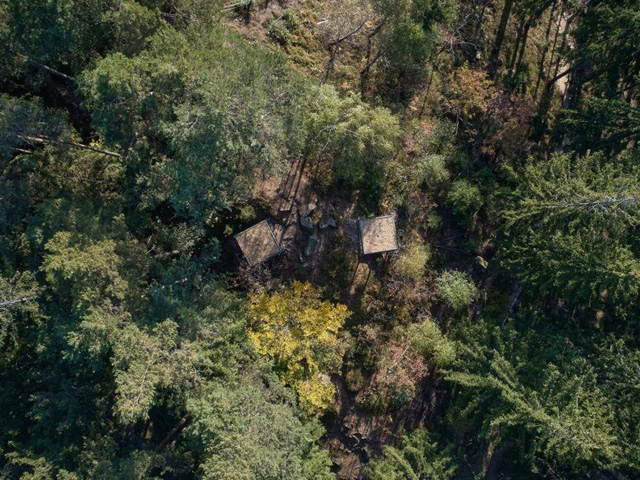 Picnic pavilions are placed throughout the new park. Their designs were inspired by “crumbling and overgrown foundations of abandoned homes found all over the Beskydy mountains as evidence of the fact that our ancestors settled and farmed even the most remote of places,” according to the architects.

Low stone walls that look like house foundations are used as the base of the lookout spots. The walls also serve to provide additional seating. Views from the picnic area to the west show the Becva valley and reservoir. 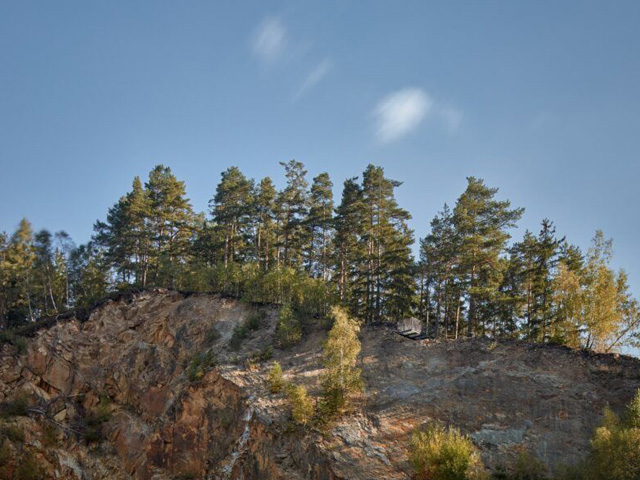 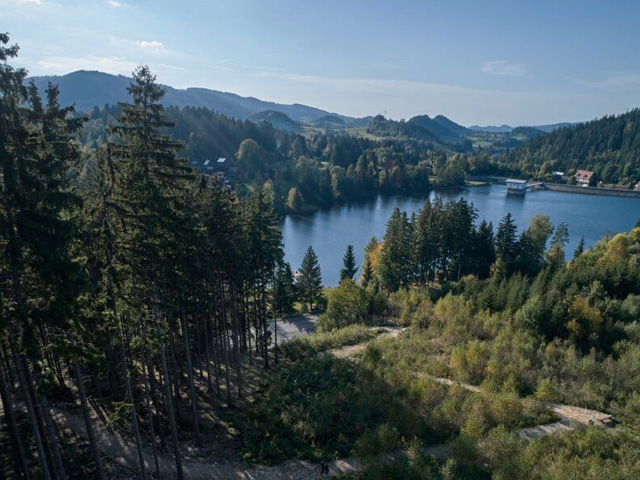 The end of the steepest walk is at the highest part of the hill. Three lookout structures (empty cube frames) were placed between the boulders of the rugged terrain without disturbing natural areas. They are designed as empty spaces, inviting the visitors to stop and rest in the middle of the forest. The main lookout at the top of the hill offers views over the quarry wall and into the surrounding countryside. 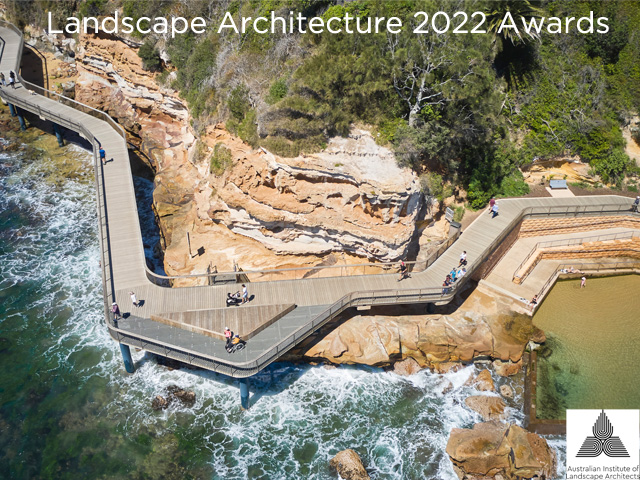 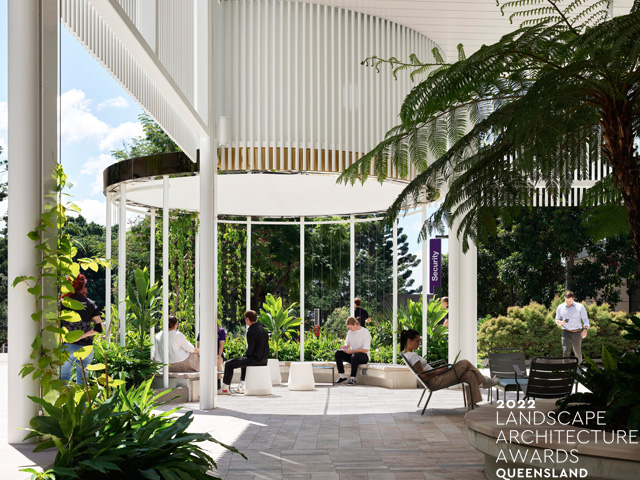 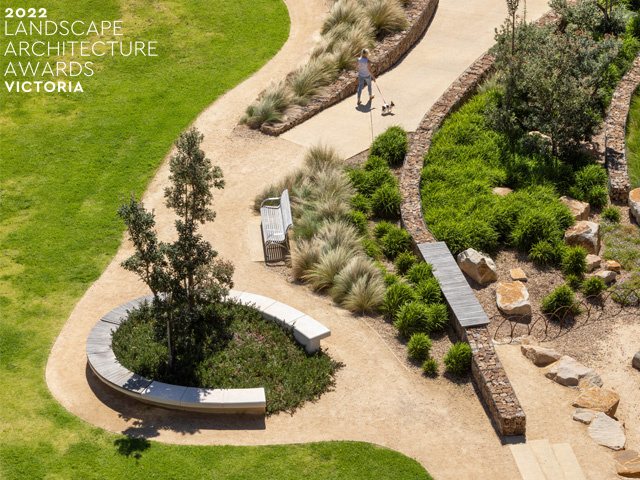 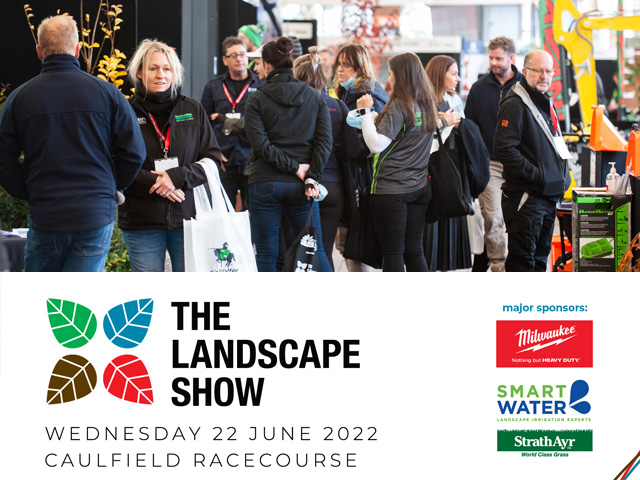 GRAB YOUR FREE TICKET TO THE LANDSCAPE SHOW 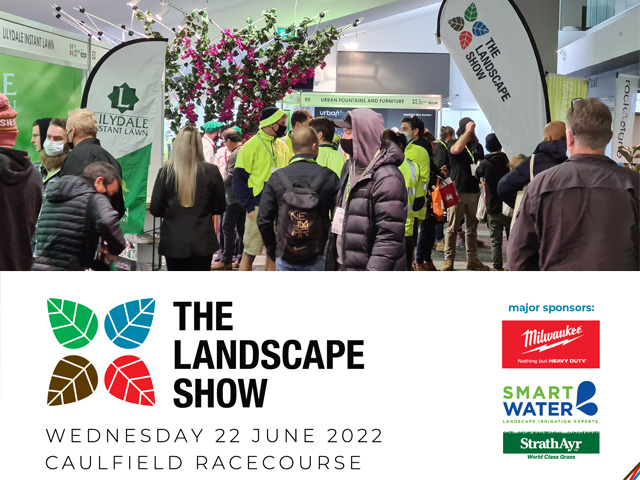 LEARN, CONNECT AND GROW YOUR BUSINESS AT THE LANDSCAPE SHOW 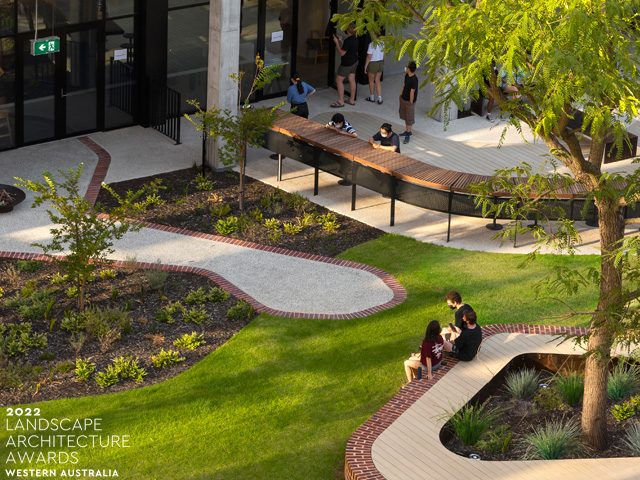