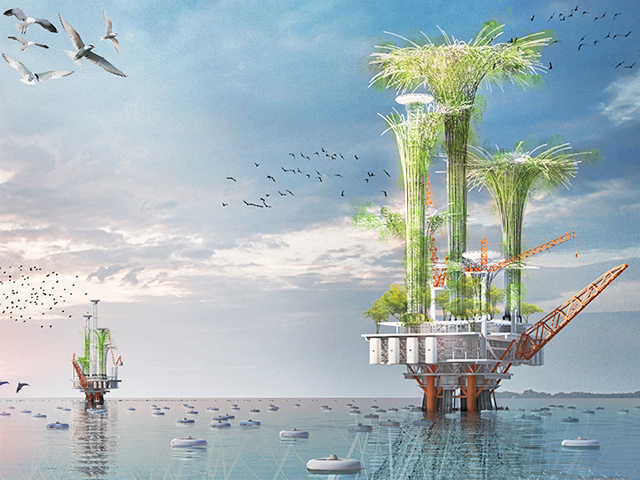 These floating structures are designed to absorb spilled oil from the surface of the sea and transport it to their internal processors, where it is converted into plastic. 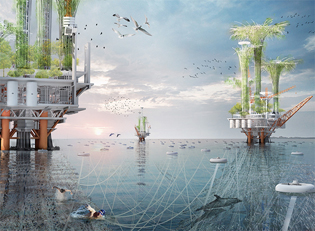 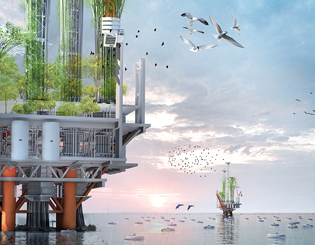 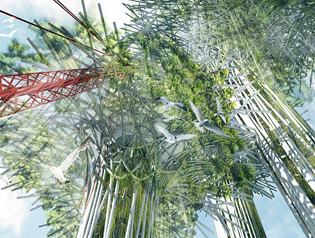 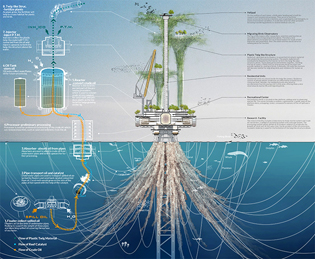 The structure would be attached to the sea bed via pipes with a floater at one end. In the event of an oil spill, the floaters at the end of each pipe would absorb the spilled oil covering the surface of the sea. The collected oil would be transported through the root-like pipes underwater to the central processor attached to the original rig, where the crude oil will be converted into a plastic building material which would be used to build coral reefs.

Noah Oasis would also serve as a vertical bio-habitat for marine life and migrating birds, which would help revive biodiversity.