Due to open in July, China’s Zhangijajie Glass Bridge is set to become a new ‘Wonder of the World’ as its 430m span hovers over a 300m vertical drop viewed through a transparent floor. 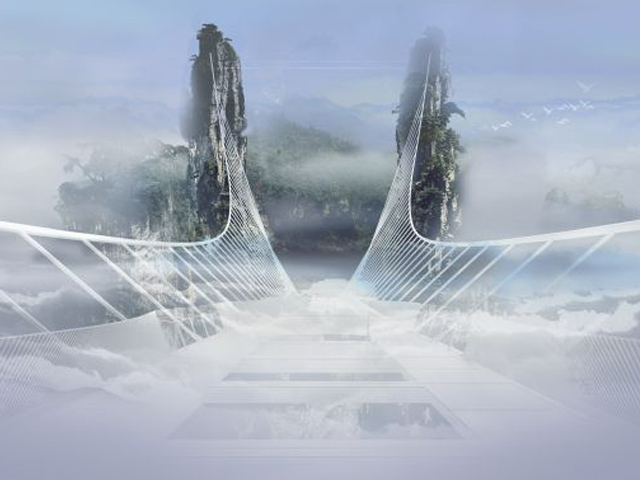 Zhangjiajie National Park in China’s Hunan province is the setting for the world's longest and highest glass-bottomed bridge, due to open in July 2016. 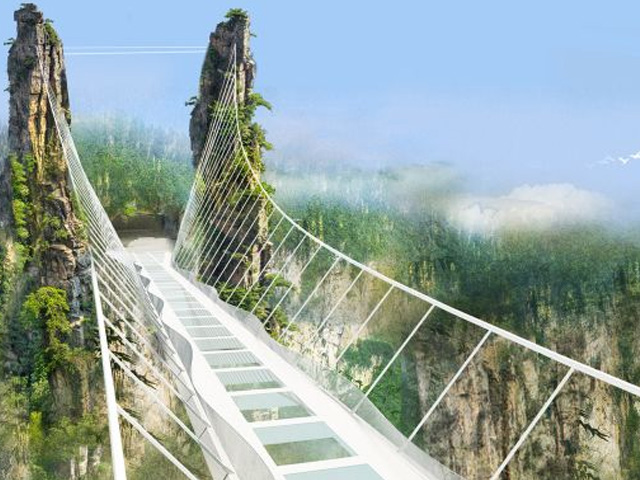 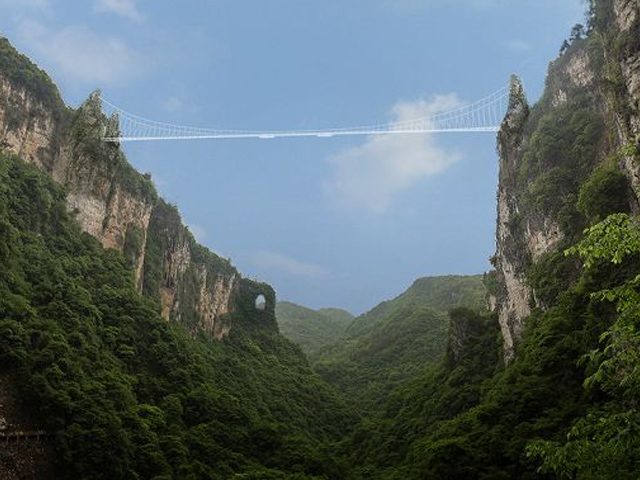 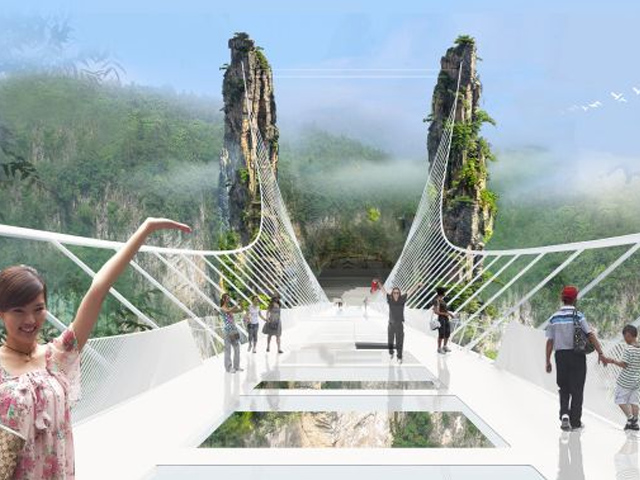 Spanning 430 meters across the Zhangjiajie Grand Canyon, the glass bridge is 6m wide and suspended over a 300m vertical drop. Not just a tourist attraction for this very scenic part of the country, the Zhanjiajie Glass Bridge will also serve as a fashion runway – hopefully for models in flat shoes – and other commercial endeavours.

Designed by Israeli architect Haim Dotan the bridge can hold up to 800 people at once.

For thrill-seekers the world over who need more than just a spectacular view, a series of swings will be suspended from the bottom of the bridge that will allow users to swing out over the canyon. A total of three swings – similar to the Nevis Swing in New Zealand - will be installed, including a giant swing that has a total length of 150-170 metres of adrenaline pumping, pendulum swinging entertainment on the end of it. The giant swing will be the longest swing in Asia. The bridge will also offer the world’s highest bungee jump.

Originally slated to open early this year, excessive spring rains delayed construction, along with concerns that safety inspections be carried out to the highest caliber – after cracks appeared on the glass walkway in the Yuntai Mountains Geological Park in China in 2015, frightening tourists.

The Chinese government is now insisting that extensive inspections be completed to ensure nothing goes wrong, and that all surrounding facilities and landscaping be 100% complete before opening to ensure a good first impression.

A soft opening is anticipated for June/July 2016.  An official grand opening of the structure will not occur until January 2017.