A complex waterfront scheme for the Greater Anatolia region of Turkey will create essential public facilities as part of a plan to unite city zones and reintegrate the Kızılırmak River back into public life. 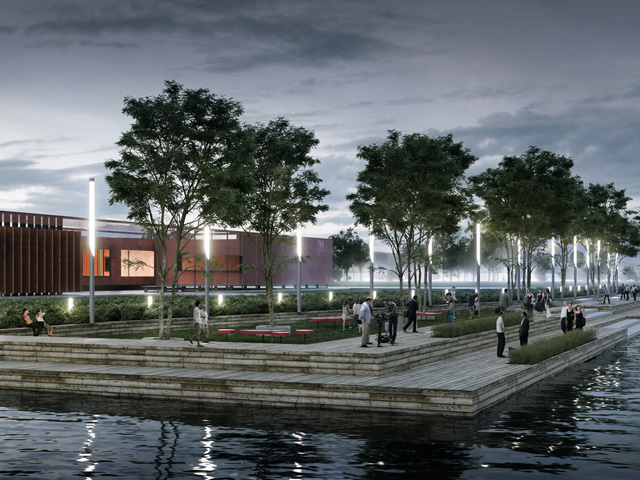 A combination of geographical features has seen the city of Sivas remain one of the greatest focal points of settlement and transit in the Greater Anatolia Region of Turkey. The region is divided in two by the Kızılırmak River, the longest river entirely within Turkey, and it has long been regarded as a barrier to unification. 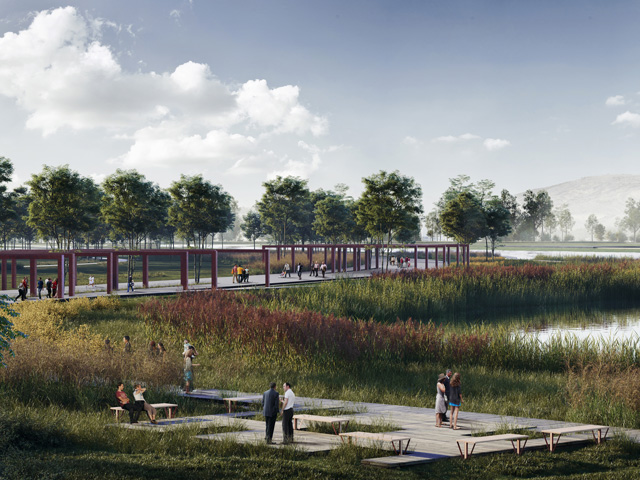 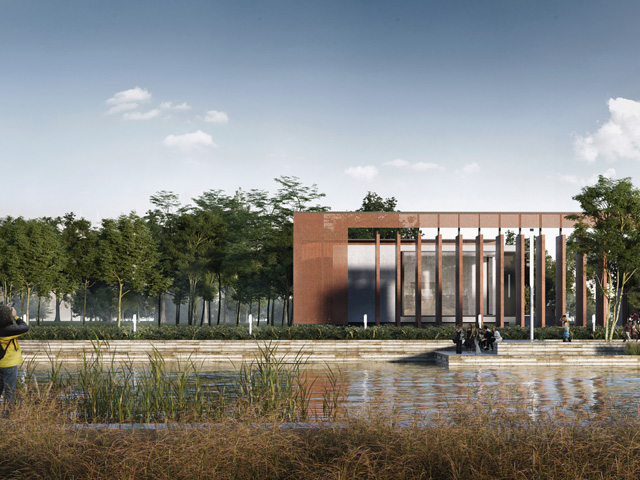 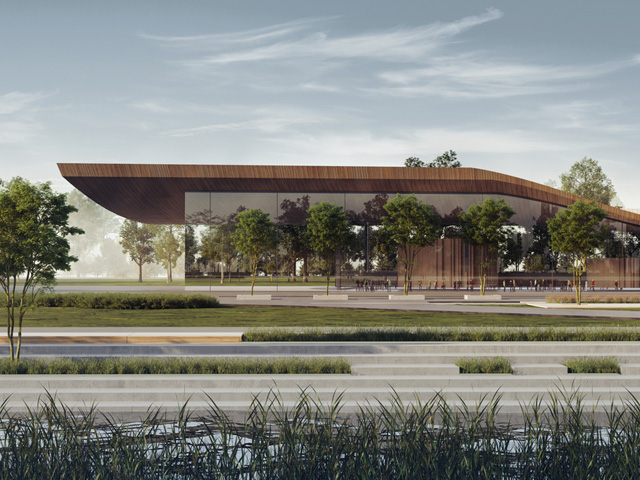 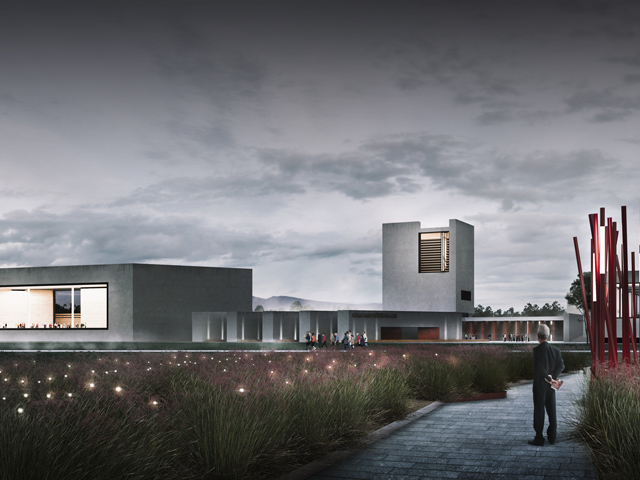 Due to access and safety concerns, Kızılırmak River has been separated from Sivas, perceived as something outside of the city perimeter. Now, advancements in flood mitigation have opened up the possibilities for the river to be re-integrated into the city fabric.

To investigate the possible role of the river in holistically reuniting the two halves of the area, the Sivas Municipality opened a competition to design six million square meters of land adjacent to the waterfront. A scheme from a team comprised of ONZ Architects and Mdesign took an approach which equally considered the site in terms of its biological and cultural possibilities. Their design establishes the Kızılırmak River corridor as an "ecological and recreational spine," managing the floodplain and integrating vital public programs throughout.

One of the key objectives of the design was to maintain a stronghold over the flow of the river, using flood mitigation techniques to ensure that the flood problem does not prevent future use of the waterfront. Seasonal fluctuations in the flow and level of the river due to melting snow or extreme heat had to be considered and accounted for. Once the floodplain has been stabilised, the area around the waterfront can be selectively accessed, and a series of pedestrian corridors can bring people back to the riverbank.

To allow users to interact with all of the components of a healthy ecological corridor - diverse terrestrial and aquatic ecosystems, wetlands, and flora - the pedestrian pathways make these spaces habitable. One of the corridors leads from the city center to the waterfront, taking care to not interrupt or displace ecological features along the way. The flow of these ecological corridors encourages the movement of air, with biological matter producing oxygen which is carried upwards during the day and reversed at night. This movement is directed through the corridors which flow through the city, carrying the polluted air away and replacing it with fresh air.

Eco-tourism is an important aspect of the design, and engaging built spaces such as exhibition rooms and installations are interlaced within the waterfront. Naturally occurring tourist points, such as bird watching spots or lookouts are also accentuated in the design.

Rather than eliminating the eight existing bridges which span over the river, this scheme uses them as integral historical objects to drive the design forward. The architects described them as "important traces and transportation channels," which have continuing value to Sivas. A new pedestrian bridge is added, allowing the transmission of both people and fauna across the ecological corridor.

A cultural program features heavily in the design, a city library has been designed to serve both the citizens and national school students, as well as students from neighboring universities. Its program is interlaced with the reading gardens and recreational areas nearby. A museum and art center informs visitors about Sivas' history while exhibiting works from local students and artists. Local craft studios and indoor exhibition halls are located nearby, and the outdoor exhibition hall and sculpture garden integrate the building back into the surrounding landscape.

The "City Gate" will contain a high-speed train station, designed for maximum efficiency for new visitors to the city to reach the city center directly. Opera, theater shows, and ballet will be housed within the large multi-purpose hall, and smaller scale spaces to host workshops and culture functions are dotted through the scheme. Boathouses and rowing clubhouses are also integrated into the design, taking advantage of the river for rowing and canoeing.

The essential public facilities such as restaurants, cafes, toilets and tea gardens are distributed across the scheme, creating interconnected pockets of activity. Landscape elements including thematic gardens, aromatic, endemic or medicinal plant gardens and picnic areas create a variety of conditions for users throughout the year, ensuring maximum functionality of the site for the inhabitants of Sivas.