Replete with a public park, green roofs and assorted community facilities, the new Lego campus in Denmark aims to reimagine the standard workplace as a space for community collaboration and play. 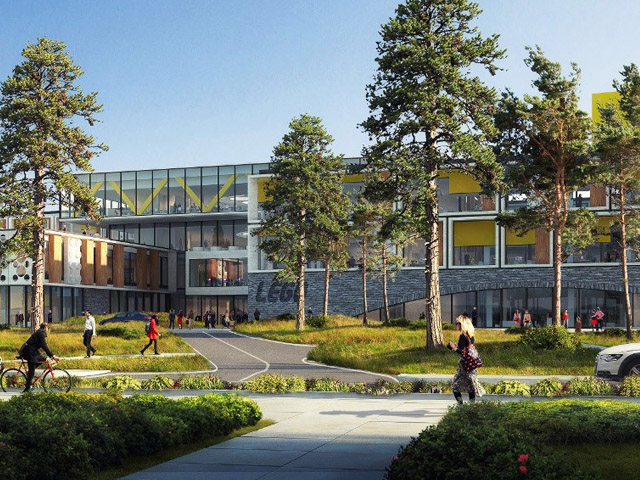 Scandinavian firm CF Møller has designed a new headquarters for Lego in Billund, Denmark, featuring both work and play spaces for employees. The new 52,000m2 campus will be located a few streets away from the soon-to-open Lego visitor centre by BIG, in the home town of the Danish toy brand. 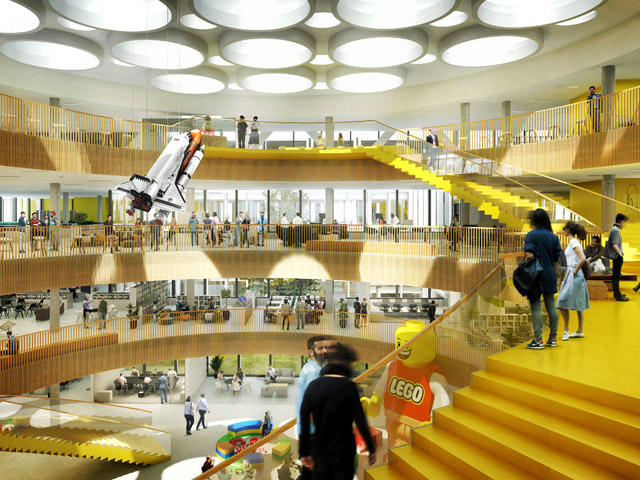 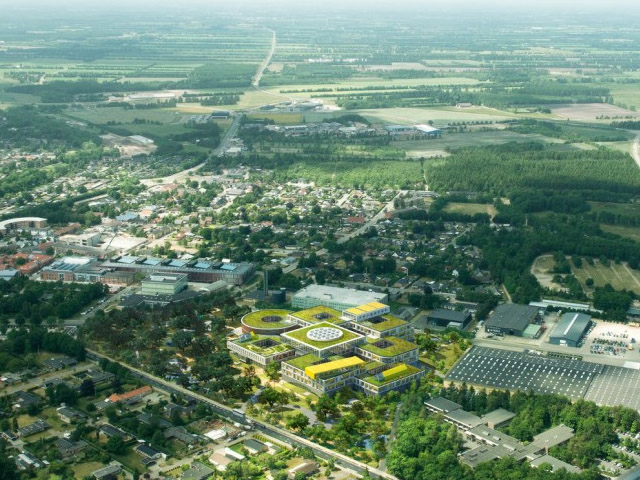 Like BIG's design, the office complex will feature a series of bold geometric forms reminiscent of Lego bricks. It will include open-plan workspaces, along with a public park, green roofs, and various community facilities.

"Lego's vision is to invent the future of play, and we have emphasised this in an architecture designed as a place for collaboration and play, for both employees and the public," explained CF Møller partner and CEO Klaus Toustrup.

"The new complex will be the place where disciplines meet, experiences are exchanged, new ideas are born, and inspiration is encouraged," he said. CF Møller will act as architect and landscape architect for the project.

Bright colours are combined with familiar Lego elements throughout the design, including oversized building blocks and Lego figures, particularly in the grand atrium.

The heart of the campus will be the Lego People House – billed as a work and play space for Lego employees. This building will offer an "informal and inspirational atmosphere" to a large portion of Lego's Danish employees.

"Working closely with Lego and their staff, we have made sure that the project is all about openness, quality and all-round sustainability," said Toustrup.

"Along with its embracing landscape, the project embodies the feel, flavour and function of the classic campus."

Yellow will be used throughout the campus on stairs, walls and other features, echoing the colour used by the toy company for its minifigures.

The project forms part of Lego's masterplan for Billund, where the company has been based since the 1930s. The staff numbers in Billund have increased significantly in recent years, with 250 new employees added in 2015 alone.

"Lego People House creates a unique social environment that serves as a vibrant, global gathering point, not only for the employees working there on a daily basis but also for the many Lego employees from the rest of the world when they visit Billund," said Claus Flyger Pejstrup, senior vice president at the Lego Group.

"It will house exciting facilities, where employees can be physically active and socialise, both during and outside working hours."

As well as the new buildings in Denmark by BIG and CF Møller, Lego also plans to expand its existing offices in Connecticut, London, Shanghai and Singapore.