A BRIDGE TOO FAR?


Norway is working on plans for the world’s first “submerged floating bridges” that will span the ubiquitous fjords of the country, creating a more reliable means of transportation. 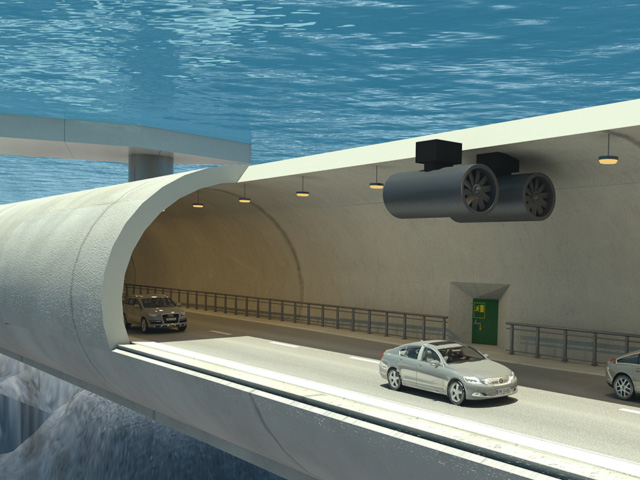 Norway is working to create the world’s first “submerged floating bridges,” suspended from surface pontoons and engineered to span its vast network of wide and deep fjords. A system of truss-framed tubes hung 30m below the surface will be wide enough for two traffic lanes. They will also be easier, faster and cheaper to construct than underground tunnels or over-water bridges, at least in the complex sites for which they are being planned. 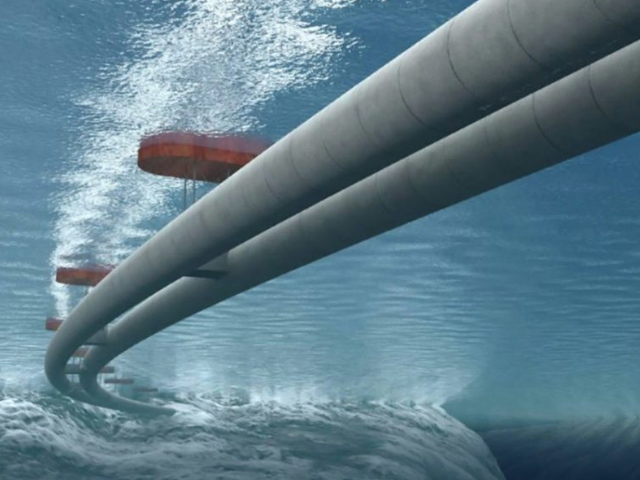 Norway already has over a 1000 traffic tunnels (including a few dozen subsurface ones), but anchoring these to the ground in deep fjords is impractical. Also, long spans mean more complex engineering (and higher costs) for surface bridges. The nation currently relies heavily on a system of less-efficient ferry routes that can be unpredictable and impacted by weather.

Floating bridges on the surfaces of water bodies are common in places like Seattle, where a combination of length and depth makes traditional bridges more difficult and less cost-effective. Essentially, underwater tunnel bridges would work the same way, except the pontoon supports will reside above rather than below the roadways.

Underwater bridges also have advantages for nautical traffic, allowing ships to pass over them and between surface buoys. Normal bridges (unless they can be raised and lowered) create long-term height caps for the kinds of sea vessels that can pass below them.

So far, the country has committed $25 billion to pursuing this project, stating with an analysis of wind and waves to determine how best to stabilise this new type of subsurface bridge. Initial plans call for a first tunnel to span the 1311-metere deep, 1006-metere wide Sognefjord.

A Bridge Too Far?
Universal Magazines