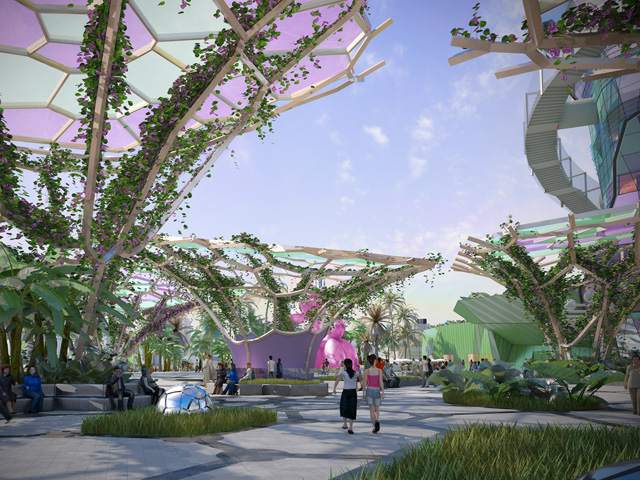 The seamless integration of landscape and architecture (known as ‘Landarch’) has delivered a winning result for ARM Architecture Consortium, who has been announced the winner of an international design competition attracting over 75 entries worldwide to deliver the Gold Coast’s $300 million 17-hectare Cultural Precinct. 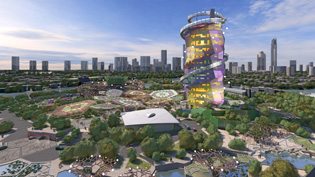 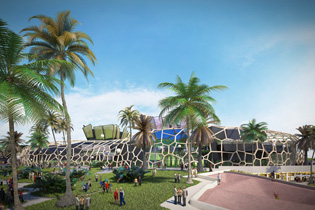 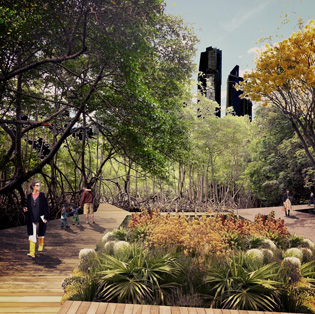 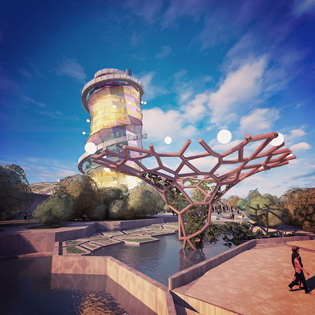 The project will see an extra 30,000m2 of land returned to an Artscape parkland, with highlights including a new open air amphitheatre, floating art gardens, a plant infused green pedestrian bridge and ferry terminal delivering a cultural offering that “will see people living in New York, Munich, London and Tokyo put the Gold Coast on their bucket list,” according to Gold Coast Mayor Tom Tate.

In addition to the subtropical outdoor Artscape gardens and lake, the precinct will become home to the Gold Coast’s brand new Living Arts Centre and an architecturally designed 14-storey Arts Tower that will feature café’s, restaurants, an external staircase and a rooftop bungee-jump platform.

Topotek1 have delivered world-class projects including Zurich’s Heerenschürli Sports Facility and the San Juan Waterfront Project in Puerto Rico and specifically drew inspiration from their Superkilen Copenhagen project, which celebrates cultural diversity by exhibiting objects from over 50 nationalities in its outdoor space.

Helen Armstrong, one of the design competition Jury Members and a representative of the peak industry body, the Australian Institute of Landscape Architects (AILA), believes the team’s ability to combine and collaborate the landscape architecture and architecture elements by adopting the ‘Landarch’ approach proved to be a standout concept for the competition jury.

“The strong connection and continuity between landscape and architecture and the winning team’s creative vision to develop a morphic site using the ‘Landarch’ phenomenon gave their proposal a sense of enchantment and science resulting in rich, innovative work,” Armstrong explained.

Gerard McCormick, the Gold Coast representative for the AILA, said the innovative proposal brings something new and unique to both the Landscape Architecture and Architecture industries.

“This is a flagship project for the Gold Coast and something the industries of Landscape Architecture and Architecture will be jointly proud of,” McCormick said.

ARM Architecture Consortium’s concept was selected as the winning proposal by an eight-member independent jury for its ‘playful and inclusive’ design over 75 competing entries from top design firms around the globe.

Stage One of the design competition was an eight-month process, which was followed by an intensive 12-week Stage Two competition between the three shortlisted consortiums, ARM Architecture, Nikken Sekkei and Crab_Vogt_DBI.

Completion of the first stage of the precinct development is anticipated by the 2018 Gold Coast Commonwealth Games, where the precinct will accommodate live site uses, potentially including some Artscape landscaping, a green pedestrian bridge and the Art Tower.

All entries from both competition stages will be featured in THE REVEAL: Designs for a New Cultural Precinct exhibition in the City Gallery, The Arts Centre Gold Coast, which opens to the public from 22 November to 15 December 2013.

“A Cultural Precinct for the Gold Coast, particularly one that embraces the land and water that are so precious to our unique lifestyle and culture, is truly welcomed by this city, and we look very much forward to exploring the exciting design solution of the ARM team,” concludes Amy Degenhart, the Gold Coast/Northern Rivers Chair of the Australian Institute of Architects (AIA).