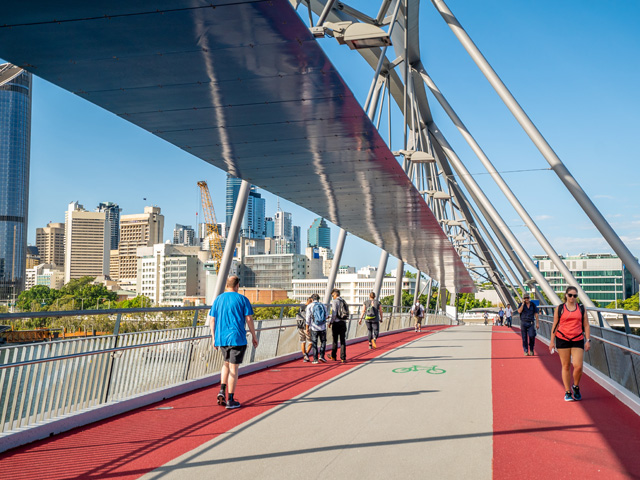 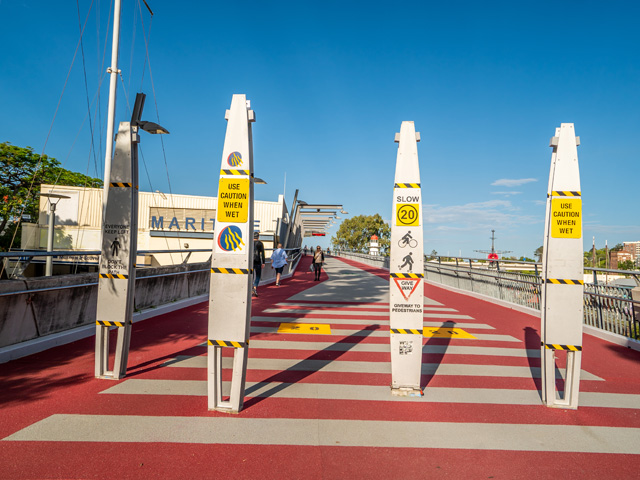 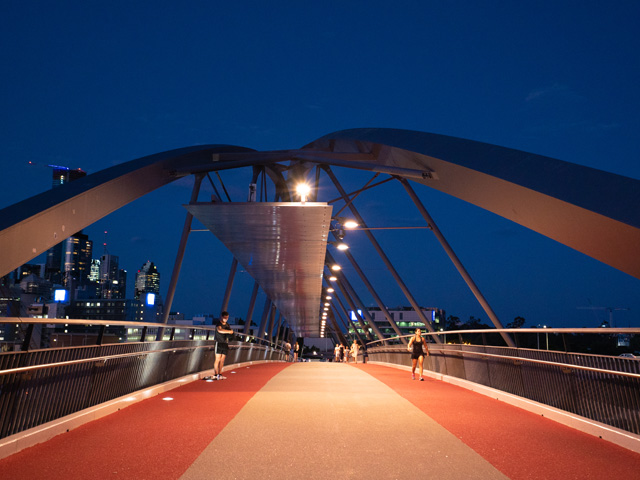 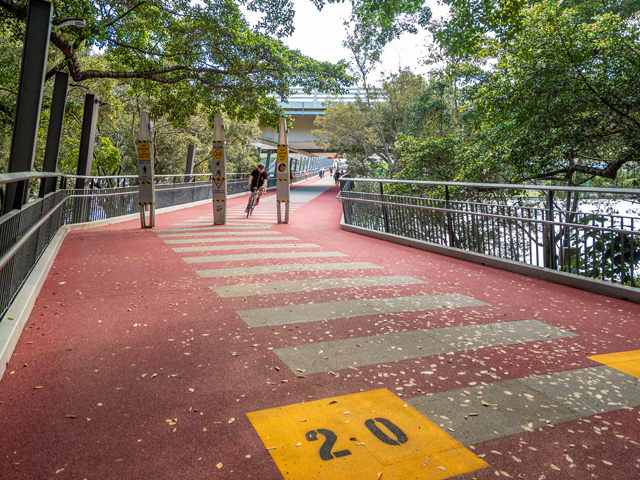 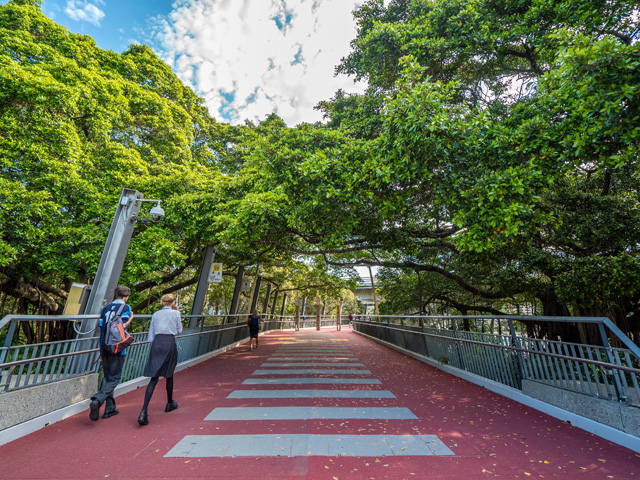 Spanning the Brisbane River, the Goodwill Bridge is a dedicated pedestrian and cycle way that links South Bank Parklands to Gardens Point in the Brisbane CBD. With over 40,000 pedestrians and cyclists utilising the bridge each week, this public infrastructure is a vital resource for the area.

Spanning 500 metres in length and 6.5 metres wide, Goodwill Bridge was constructed in 2001 and named for the Goodwill Games, which were held in Brisbane during the same year. In use for public access since that time, the bridge forms a major access point for the city.

The asymmetrical architecture of the bridge gives it a unique character that helps it to stand as a landmark in the city. Several seating bays spread along its length make it a popular spot for rest and contemplation by the thousands of pedestrians that traverse its deck each year.

In 2018, in order to improve the bridge’s functionality and safety for cyclists, civil contracting company Global Road Maintenance Systems (GRMS) was contracted to completely reinstall a new deck wearing system.

Specialising in the installation of formulated resin systems and specialist surfacing requirements, GRMS was responsible for the grinding and removal of old surface coatings and installing a new waterproof membrane, along with the installation of a new bridge deck surface.

With the aim of improving slip resistance and enhancing user safety, the new surface was designed to be functional for pedestrians and cyclists in both wet and dry conditions.

Beginning in October 2018, GRMS worked in sections, keeping parts of the bridge open to the general public so as to ensure consistent access. This was achievable due to extensive safety systems employed by GRMS for the protection of its crews and bridge users.

Choosing to make a statement, the new safety surface on the bridge was applied in a vibrant maroon shade that offered a striking contrast against the surrounding urban environment and gave it a distinctive appearance.

With a more durable deck surface and a striking new look, the Goodwill Bridge will continue to provide safe passage for locals and visitors to the city of Brisbane for the foreseeable future.

Leading the Market in Specialist Surfacing