PUMP UP THE JOY 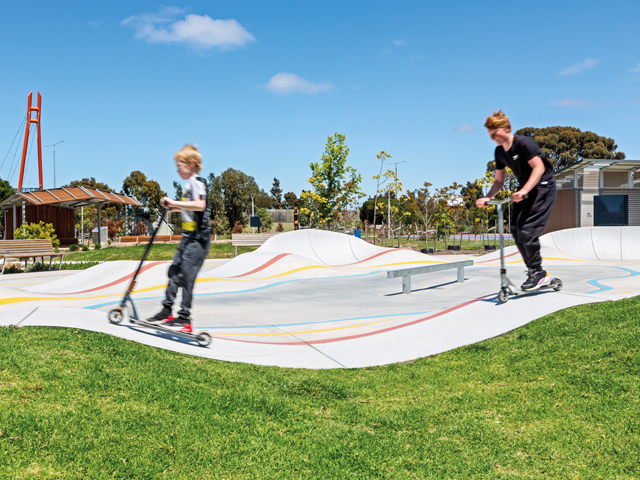 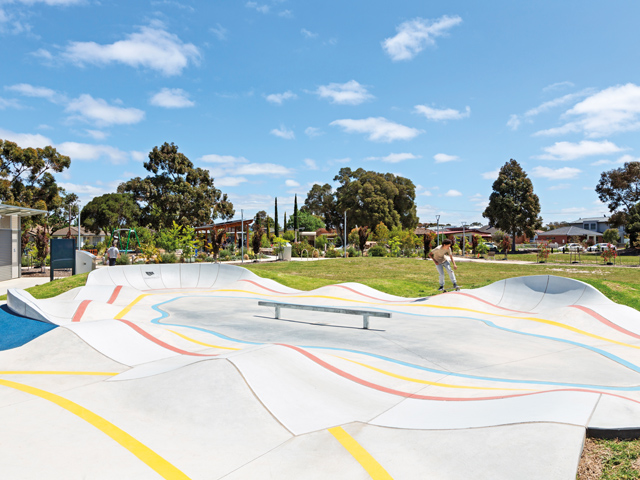 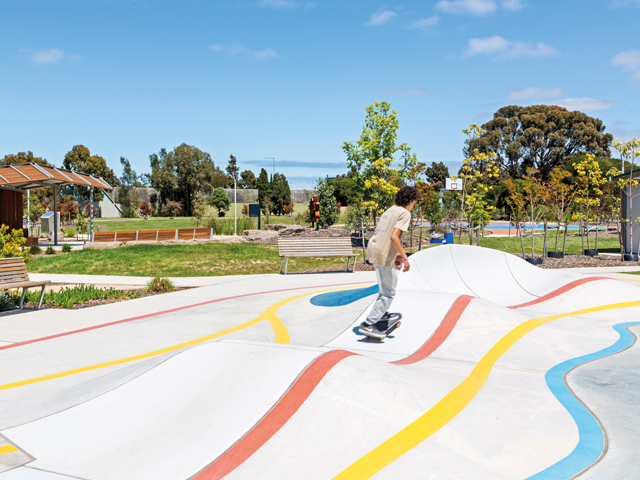 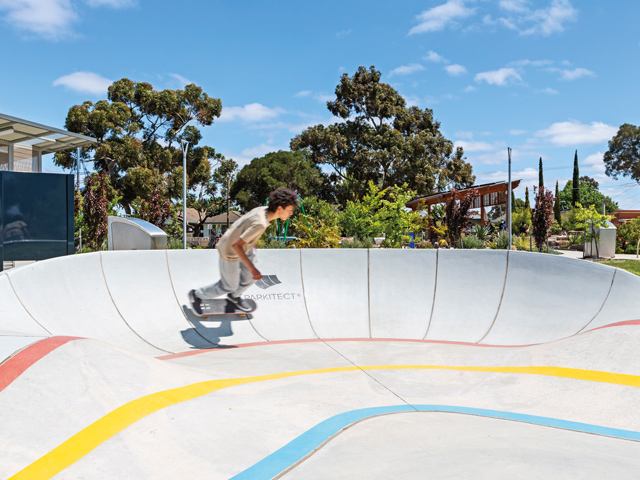 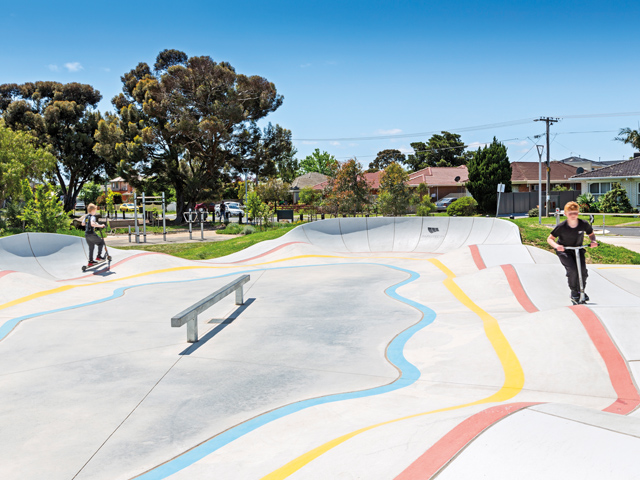 A real hit with kids of all ages, from 5 years to 50, the Curlew Park Modular Pumptrack is an investment in community.

When community feedback about a new park in Laverton, Victoria, confirmed people wanted a safe space for their kids to learn to ride bikes, Christa Mitchell at Hobsons Bay City Council liked the sound of what a Modular Pumptrack from Parkitect had to offer.

As Council’s senior designer in Active Communities, Christa was looking for play equipment that gave kids of all ages a chance to play, have fun and be more active. She needed something that not only appealed to younger children but also worked for older, teenage kids. “When we did our community consultation, we found that people wanted somewhere that kids could safely play and increase their bike-riding skills,” Christa explained. “Having a skate-able area was also popular.”

“While we were worried about not having enough space for a more traditional skate park, we discovered a Modular Pumptrack gave us real flexibility. It could be designed to fit into the space we had and it appealed to different age groups with varying skill levels,” Christa stated.

Parkitect’s Modular Pumptrack is a progressive riding track suitable for bikes, scooters and skateboards. The system consists of 11 carefully designed and engineered modules made of either fibreglass composite or precast concrete that come together to create unlimited track designs with precise geometry. The design’s unique qualities deliver a proven riding flow for riders of any age and ability on bikes, scooters and skateboards, all year round.

The pump track works by allowing riders to gain and maintain speed around the track without pedalling. Riders use pressure to generate propulsion — put simply, ‘pumping’. Easy to specify and install, the Modular Pumptrack requires no specialist engineering knowledge, making it a cost-effective solution for councils and developers. Being a novel, flexible playground feature, it’s also easy to incorporate into any park design. “It just fits. It works,” claimed the landscape architect who designed the Curlew Park playspace.

Parkitect’s modular structure takes the guesswork and the complexity out of designing a customised track. “Because it doesn’t require any specialist knowledge, it’s easy to specify,” stated Chris Connors, Victorian Regional Manager of JMac Constructions, the company that installed the pump track.

“Installation was a breeze,” he added. “The precast concrete modules were delivered directly to the site. They came with an instruction manual that was easy to follow. It’s a simple 3-bolt per module system. The team were able to assemble the track quickly. Once we laid out the plan, we were able to drop each module into its exact location.

“We also spoke to the project’s landscape architect about designing the moulded area in the centre of the track. That worked really well. We were there for the park opening and you could see that the kids loved it, especially the younger ones.”

“Because our pump track is modular, we were able to work with the council, landscape architect and contractors to create a track that fitted perfectly on the site,” explained Shaun Leicester, cofounder and director of Parkitect Australia.

“The designer’s suggestion to include a moulded central area meant that kids could use the whole surface. Plus, coloured paths on the pump track, indicating different levels of skill, worked really well for managing traffic. Kids of all ages and abilities could use the track safely and have lots of fun.”

Council has been very pleased with the popularity of the pump track and impact on the community. “On the day of the opening, the crowd enjoyed a demonstration by a professional skateboarder and a pro-BMX rider. It was great! Since then, we’ve received lots of positive feedback — and no negative feedback,” Christa said.

“It works for kids of all ages, including older kids, who often get left out when playgrounds and parks are built.”