ON PARADE AT BONDI 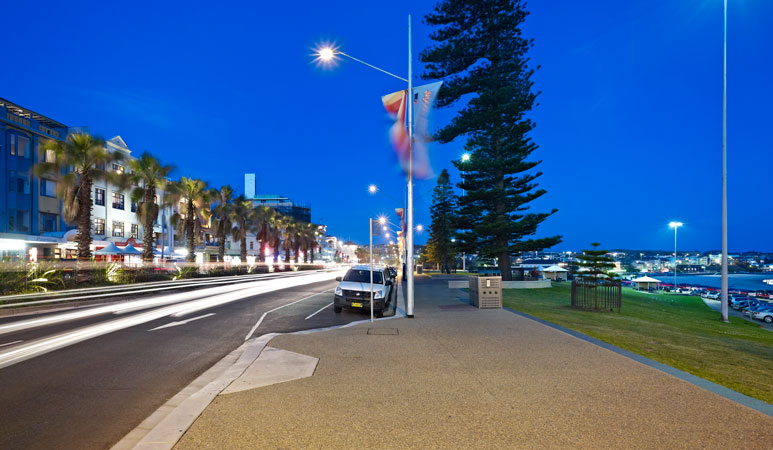 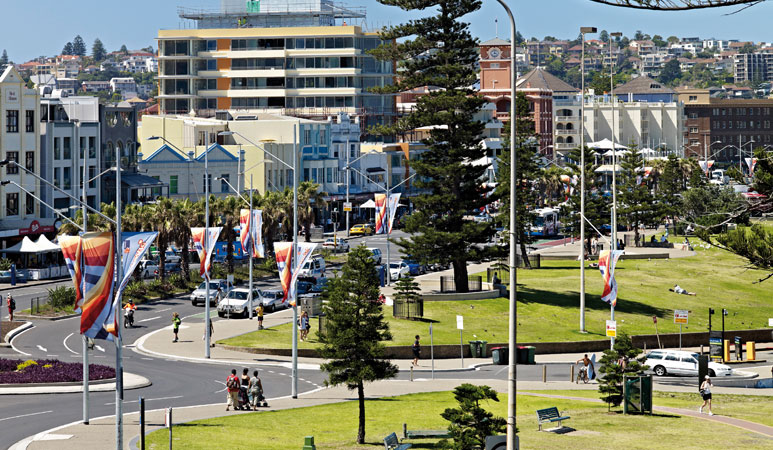 Campbell Parade at iconic Bondi Beach is a threshold between the city and the sea.

Bondi Beach is one of the most famous beaches in the world and a new development only adds to its outstanding beauty. Urban design and architectural practice, Conybeare Morrison International Pty Ltd, defines Campbell Parade as a great corniche – providing a spine to anchor the many activities of the world-famous Bondi Beach and its neighbourhood.

“Campbell Parade serves as a threshold between the city and the sea, while reinforcing the sweeping crescent of the beach and reflecting its earlier heroic landscape image,” says Conybeare Morrison International Pty Ltd.

“In the tradition of great boulevards, Campbell Parade is envisaged as a thoroughfare as well as a destination. The sweeping crescent of sand is reflected in the promenade, where Bondi’s grid of tightly packed urban streets meets the ‘amphitheatre’ of Bondi Beach. Campbell Parade East has become an activated ‘third promenade’ tying together these sweeping layers.”

A restrained modern aesthetic was utilised to complement the adjoining historic pavilion and the culturally significant Norfolk Island Pines, to frame the expansive Bondi Beach panorama, and to provide an appropriate setting for beachside pedestrian, cyclist and vehicular activity.

The project brief for Conybeare Morrison was to prepare a masterplan for the entire length of Campbell Parade. The company then had to undertake the detail design and documentation of the first phase of the upgrade works – including the roadway, median landscaping, eastern promenade and the interface with Bondi Park.

The project objective was to improve all physical elements of the public domain, including paving, landscaping, street furniture and lighting to enhance the appearance, character and functionality of Campbell Parade.

Importantly, the interface with surrounding areas was also to be improved, public safety upgraded and a high quality design outcome was sought.

An automated irrigation system and an upgrade of the streetscape stormwater, electrical telecommunication and service utilities were also part of this project. New median landscaping included the introduction of signature palm trees and feature planter beds and new planting to the edge of Bondi Park to re-establish the area’s Norfolk Island Pines.