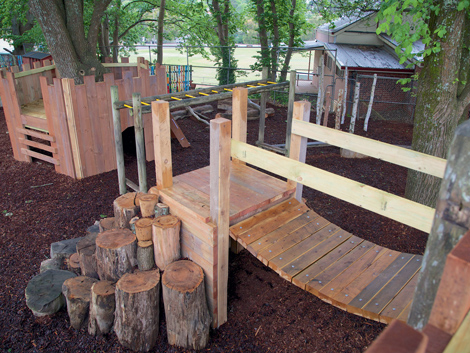 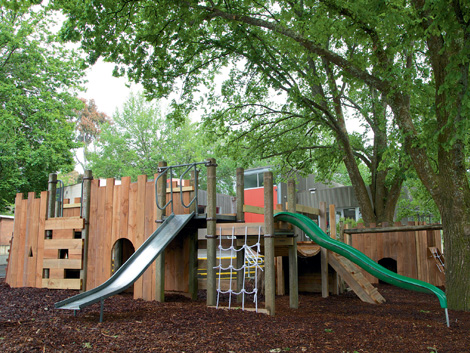 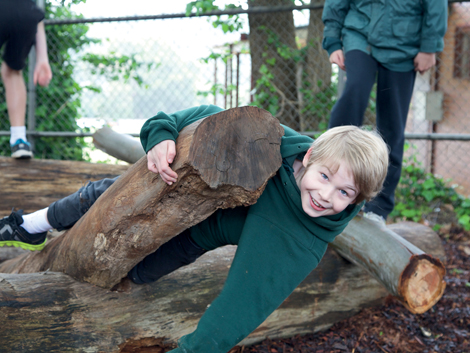 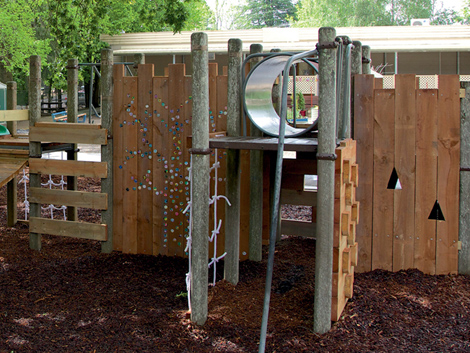 Creating a playspace based on natural elements was the premise for a new playground designed and constructed for Monbulk Primary School in the Dandenong Ranges.

Monbulk Primary School in Victoria has become the latest facility to benefit from the KinderGarden™ initiative. First instigated by Fleming’s Nurseries in 2014, the KinderGarden™ program aimed to reinstate the ‘garden’ into the playspaces of early learning centres.

Now into its fourth year, KinderGarden™ has expanded across Australia, with 13 projects completed and more coming down the pipeline. No longer restricted to just early learning centres, the program has expanded to include any education facility in need of redevelopment – either from scratch or through the rehabilitation of an existing playspace.

As a heritage school, Monbulk Primary was in desperate need of a new playground. The existing outdated, sterile play equipment was ready for the rubbish tip before Fleming’s came to the rescue with a playground revolution that was a masterstroke in design, recycling and nature play.

Aware of the upgrade their playground needed, Monbulk Primary had been working to raise money for a new playground – though the budget wasn’t stretching far enough. In need of assistance, the school contacted Fleming’s and began a collaboration that would see a new upgraded playground erected that would meet the needs of today’s students.

In utilising Fleming’s philanthropic KinderGarden™ program, the school was able to save funds on design and consultation; skills and expertise that were donated to the project by Fleming’s. A highly collaborative project, Fleming’s inhouse landscape designer and builder were put together with the school’s teachers and students to generate inspiration for the playground design. Fleming’s Innovation and Research Manager, Leanne Gillies, managed the project build.

The designer’s engagement with the students was one of the most important elements resulting from the build. The final product enabled the students to see their own thoughts and ideas developed into a real playground built to last – one they engage with on a daily basis.

The theme of the Monbulk playground was ‘A Natural Wonderland’. A great deal of emphasis was placed on designing and creating a sustainable playspace of natural elements that offered the students a variety of play options that stimulate the imagination and support growth and development through nature-based play.

Trees that had fallen naturally in the local area were repurposed to create stepping logs that can be used to climb to the wooden fort. The slide and tunnel from the original playground was incorporated into the fort, supporting the weaving of the old with the new. Also enfolded into the fort design was artwork generated by the students, which serves to make the space personal and reinforce their input into the project. The resulting playground is a safe and imaginative space that encourages engagement with nature - and a surefire hit with Monbulk Primary's students.

As part of the KinderGarden™ initiative, Fleming’s are working with education facilities nationally to remove all ‘directional’ play equipment from schools. Static items such as plastic balancing beams are being replacing with natural, non-directional play materials that can be used as the foundation for more imaginative play. For example, a walking beam that forms garden edging can be used as a road for trucks and cars one day or become a walkway for follow the leader the next.