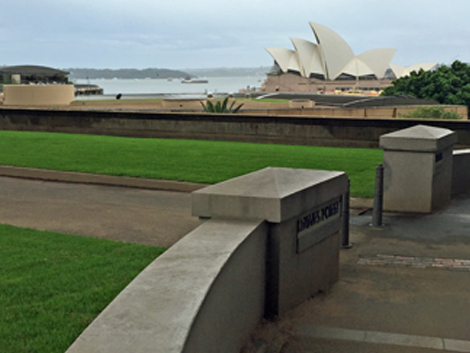 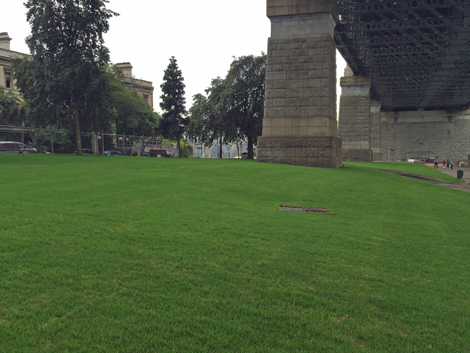 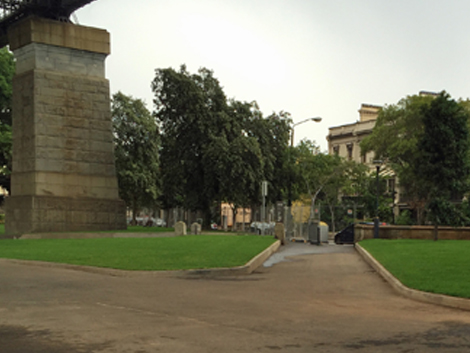 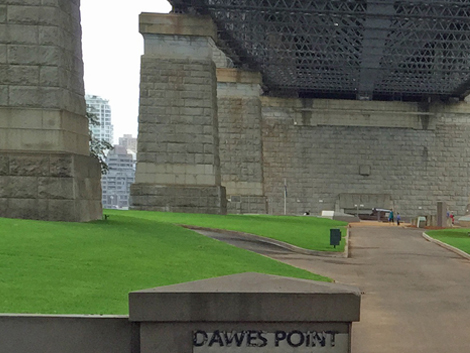 This highly effective restoration project has breathed new life into one of Sydney’s most well-known landscapes.

As the principal contractor for Roads and Maritime Services, Simpson Landscapes & Consultants was appointed to undertake the restoration and reinstatement of Dawes Point Park on Lower Fort Street beneath the Sydney Harbour Bridge.

Over the years the turf and underlying soil of this iconic city park had suffered considerable damage. Heavily compacted due to its use as a site compound for the painting of the Harbour Bridge, Dawes Point was no longer the visitor friendly green space it once was. The area was unsuitable for regrowth without major renovation, and the irrigation system required replacement.

In consultation with Sydney Harbour Foreshore Authority, Simpson LC commenced removal of the existing turf and soil and other restoration works in order to reinstate the formal parkland to its former glory.

The Dawes Point Park project was challenging owing to the number of heritage items on location, as well as its status as a heritage listed site due to the bedrock leveling that was undertaken in 1789-1800. As a result, hand excavation was required whenever bedrock was encountered.

With respect for the heritage of the area a key consideration in the project, the existing soil was carefully excavated and removed from site. New soil was then laid, which included suitable organic topsoil to sustain new turf. Requiring durability to handle heavy foot traffic, Kikuyu turf was used to replace the previously worn lawn. Throughout this process Simpson LC also re-established levels on the site and repaired damaged feature walls and heritage brick kerbing.

Completed in December 2015, the restoration work done on Dawes Point Park reinstated the grandeur and history of this iconic landmark, allowing it to be returned to the public as one of Sydney’s premier viewing areas for events along the Sydney foreshore.