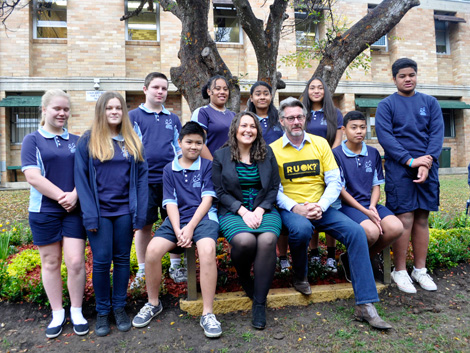 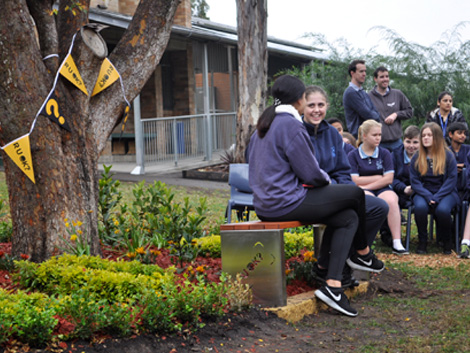 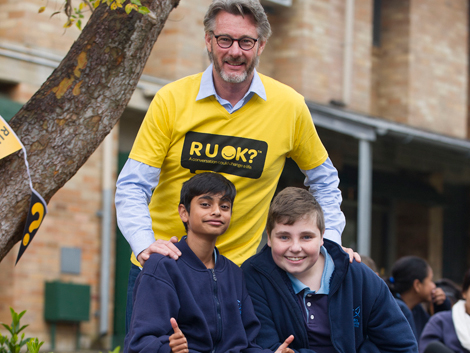 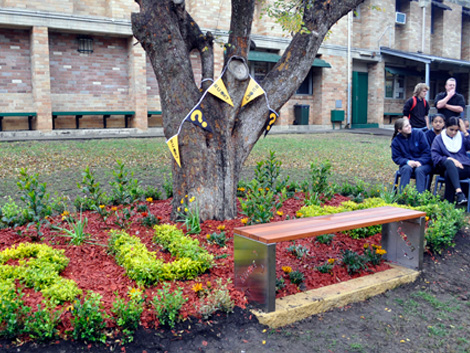 R U OK? is at the heart of a new Street Furniture Australia project in schools supporting students to engage in meaningful conversations.

R U OK? is an organisation promoting suicide prevention in Australia. Based on the powerful premise that “a conversation could change a life”, the initiative asks people to check in with family, friends and colleagues and ask, “R U OK?”

Street Furniture Australia (SFA) produced the customised benches, which feature timber battens and stainless steel sides with the R U OK? logo cut out of the metal. Michelle Herbut, Custom Manager at SFA, says, “The very broad brief I received was to develop a product that could be sent to schools around Australia and engage the students during the R U OK? lesson plan. It was also important that the product be placed somewhere in the school where it acted as a constant visual reminder for the students to ask each other, ‘R U OK?’”

The decision to produce a folded metal bench seat for the project came down to accessibility; a bench allows for up to three students to be seated at one time. Herbut says, “Once we had decided on a bench, R U OK? realised schools could install this wherever they liked. As it could be used as an area for kids to congregate, they thought it was a great way to encourage conversation. ”R U OK? Campaign Director Rebecca Lewis calls the custom bench “the perfect solution”.

Students and teachers have been guided through the project with an implementation kit. “R U OK? wanted the kids to be engaged with the product, whether it was assembling or painting it, in order to make it unique to each school,” says Herbut. The metal can be easily cleaned back and stripped of paint, so that the benches can be recustomised by students in the new school year. Lewis says, “If students feel like they own the space and are a part of its creation, they are more likely to take the message seriously.”

The collaboration between SFA and R U OK? was successful in achieving a cost-effective product that has been embraced by participating schools.

Due to the success of the project, Lewis hopes to expand its reach: “We’d love to produce and distribute more. We’re looking at ways to raise funds for this. At our core, R U OK? is about preventing suicide by inspiring people to have regular and meaningful conversations, and long before an issue is a crisis. Given that suicide is the biggest killer of secondary students, we want to do more to better equip our young people.”

For information on creating a Conversation Corner in your school visit www.ruok.org.au