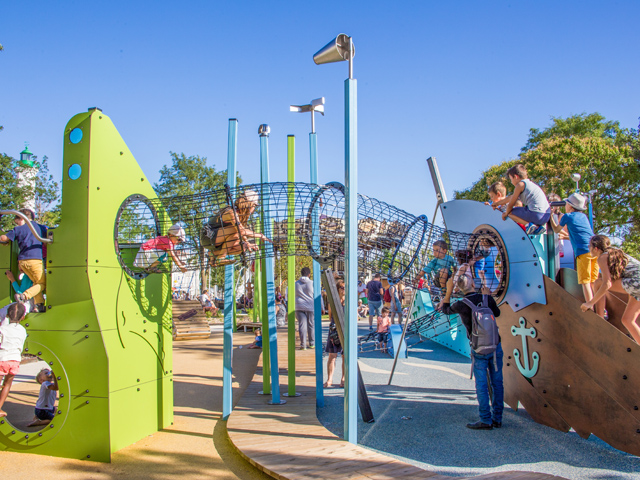 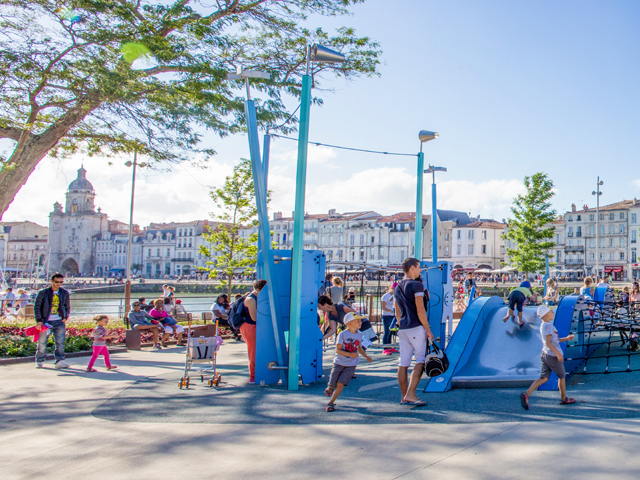 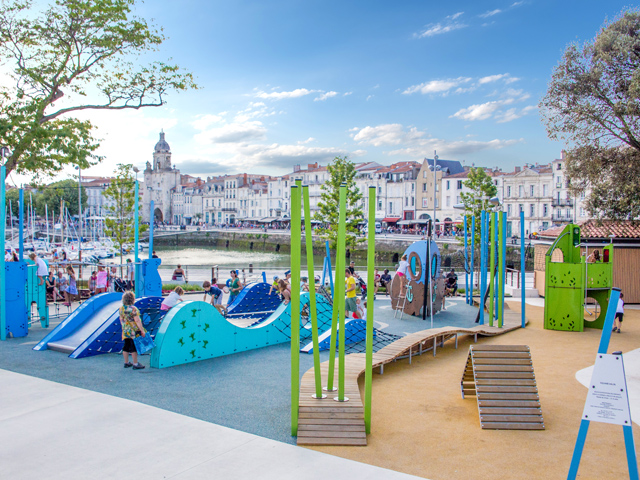 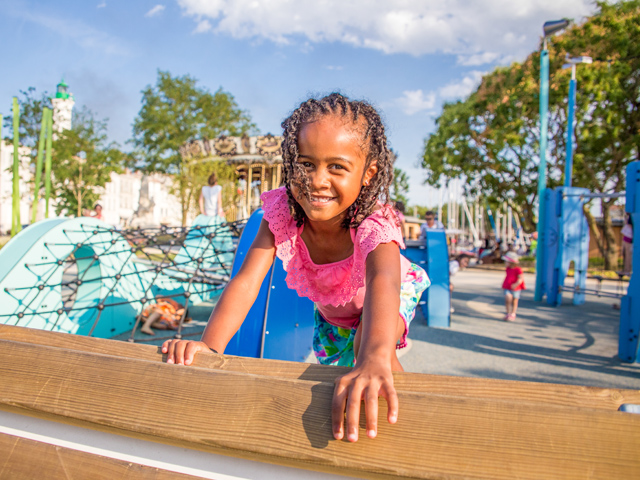 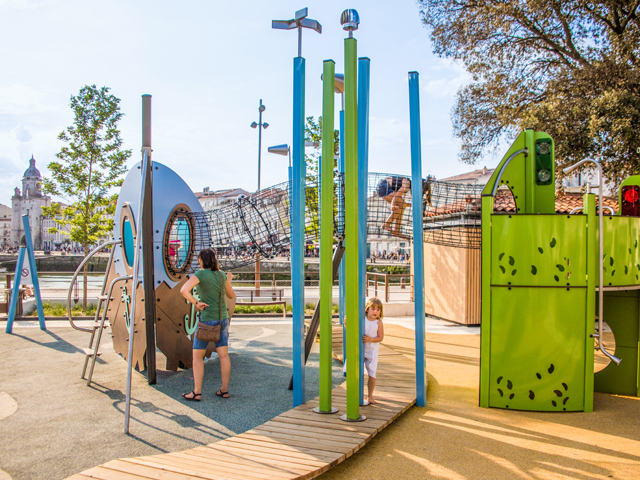 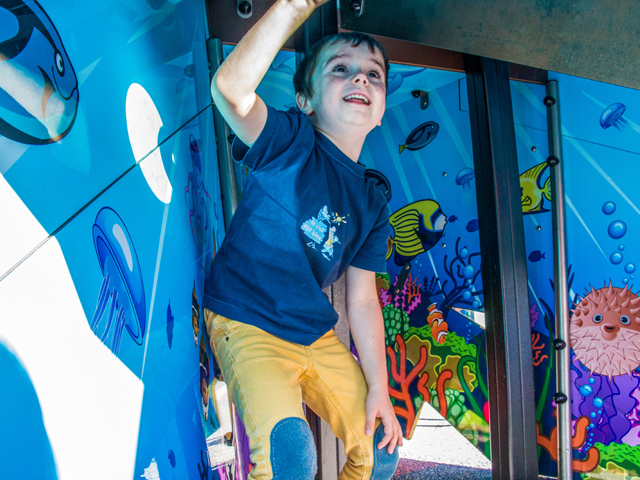 A public square in France is transformed by a marine-themed playspace that breathes new life into the history of an old port town.

Featuring fishing nets in wave-like structures and a lighthouse-shaped climbing tower, the playscape at La Rochelle is an adventure by the sea for families. Located in Valin Square of La Rochelle in France, this marine-themed play zone is placed midway between the city and the sea.

When the City of La Rochelle wanted to revive the area’s traditional public square and restore its role as a space for families to rest and play, it launched a competitive tender process that was eventually won by Proludic. Specialists in playspace design and installation, Proludic worked within the parameters of the unique triangular-shaped site — with two sides facing the docks and one side overlooking the old town — to develop a play area that would foster a relationship between the maritime world and children.

“As part of the redevelopment of the Old Port area, the city of La Rochelle wanted to have a symbolic play area, with structures that look different from the usual play equipment catalogue. [Proludic] was given free rein to interpret the theme, with areas that could be figurative or symbolic,” Marielle Bourreau, Proludic Research and Development Director explained.

“This led us to create more than a play area. [We designed] an entire universe, unique in itself. Our approach included supplying products and surfaces, and managing colour consistency, right through to the decorative details. Regular contact with the client enabled us to give a response that matched their needs and further personalised the project to exceed their expectations,” she added.

Geared towards children aged from 3-7 years old, the La Rochelle playscape is organised into two clearly defined areas. Separated by a wide pontoon, the land and sea zones are distinctly contrasted through the choice of play elements and colour codes consistent with the worlds they represent. The pontoon symbolises the dunes formed by the wind, its undulating shape creating dynamism at the centre of the play area. On the land side a lighthouse faces a boat set to go out to sea, while a steel-wire aerial walkway links the two elements.

A central feature of the playscape, the lighthouse has two levels, with play elements such as green and red lights and a telescope inspired by the maritime world. The bow of the boat, positioned as if it has run aground, offers role-playing opportunities and social interaction between pint-sized would-be sailors, and a slide lets them escape overboard into the sea [of softfall rubber].

The three-dimensional play environment immerses children in the scene. Rope games mounted on undulating shapes, multi-seat pods and a wide slide draw them into the action. They can slide, climb, crawl and swing as they imagine the exciting feeling of braving the waters of the high seas.

Child-sized crates that have been washed ashore form climbing frames, hiding places and tactile play features. Proludic’s award-winning Grafic Games technique was utilised to create bespoke designs on the internal walls of the crates, turning them into treasure chests that enhance their play value and encourages a realm of imaginative possibilities.

Nearest to the docks of La Rochelle’s Old Port, a structure made of suspended stepping stones gives the impression of waving seaweed on the bottom of the seabed, with the suspended shapes tossed upon the wind creating the illusion of strong underwater currents.

By reflecting the unique character of the town, Proludic has created a public space that revives the local history yet offers contemporary families a fun and functional way to engage with the area.

Designer of Play and Sports Areas