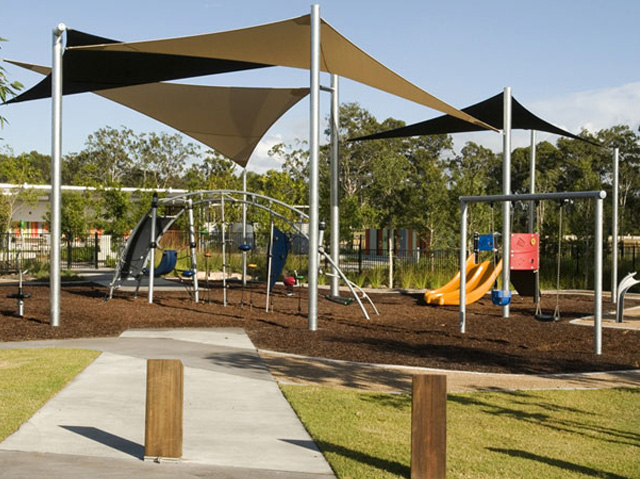 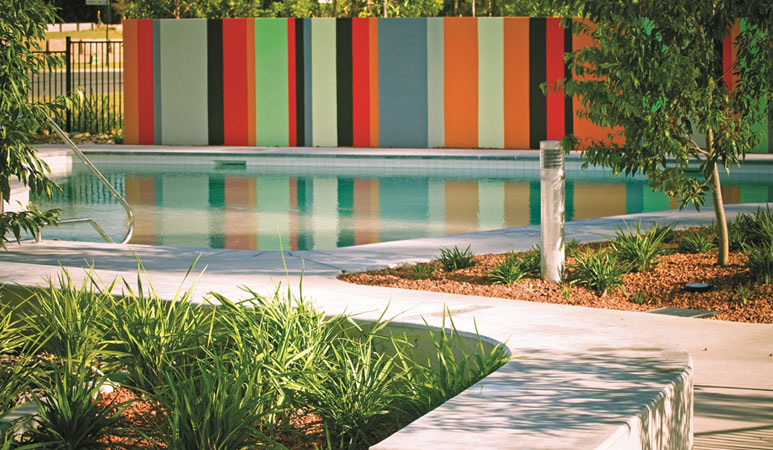 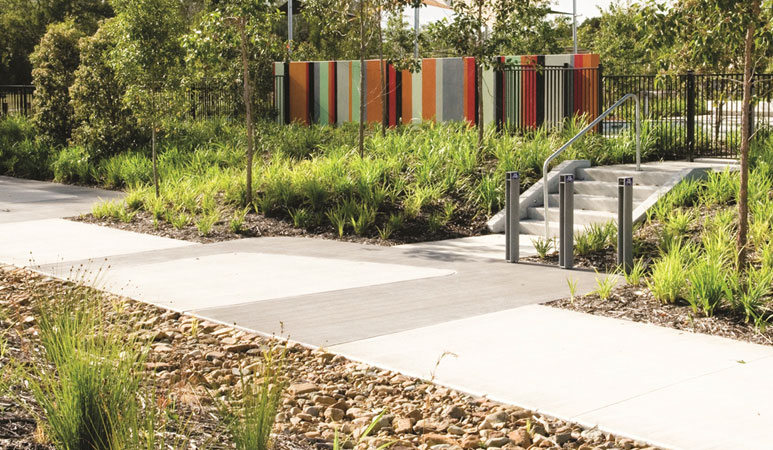 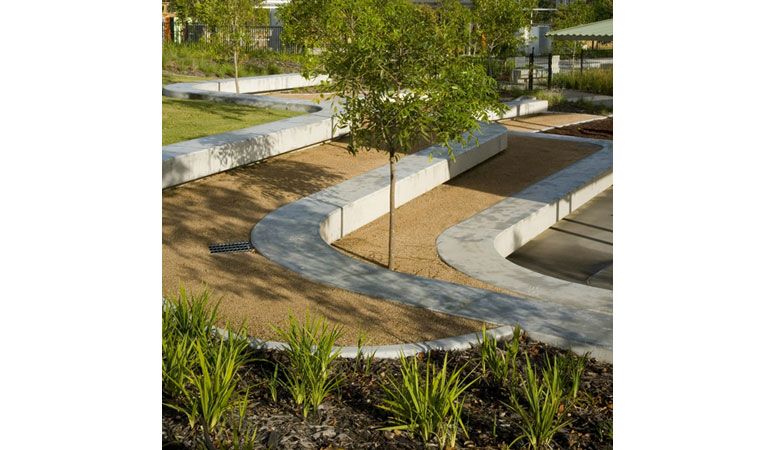 Eureka Landscapes has added two more award wins to its stable, thanks to the Gainsborough Greens project in Pimpama Queensland. Completed in 2011, the project was the recipient of two awards at the 2011 Queensland Construction Excellence Awards, taking out the coveted Landscape Construction of the Year Award, as well as the Commercial 4 Category. To date, this takes the total number of awards won by Eureka to 99.

Pimpama is located half way between Brisbane and the Gold Coast. A master-planned community around the Gainsborough Greens Golf Course is being developed by Mirvac and will incorporate green open spaces throughout.

The design brief for Eureka landscapes was to create a lifestyle similar to living on acreage, but without all the maintenance hassles. 65 per cent of the Gainsborough Greens development is to remain as open space.

A vertical striped feature wall is another key feature of the Gainsborough Greens project. Adding colour to the landscape, there are 70 free hand-painted vertical stripes on both sides of the feature wall, ranging from 105mm wide to 595mm wide.

Another notable feature is the drainage swale which has been designed as a dry creek bed flowing between the playground and pool area.

According to Eureka Landscapes, the greatest challenges associated with Gainsborough Greens were the extent, size and shape of the concrete walls, as well as the detailed paintwork on the featured rendered walls surrounding the recreation and pool area.

The project also presented some environmental challenges, such as using the existing site soil which was a heavy clay loam during Queensland wettest year in decades, and getting native grasses to establish before the local kangaroos ate them.

It’s not hard to see why the Greensborough Greens project won several awards. And thanks to Eureka Landscapes, the project is not only award-winning but exemplary in every sense of the word.

From start to finish, Eureka is there to turn design into reality