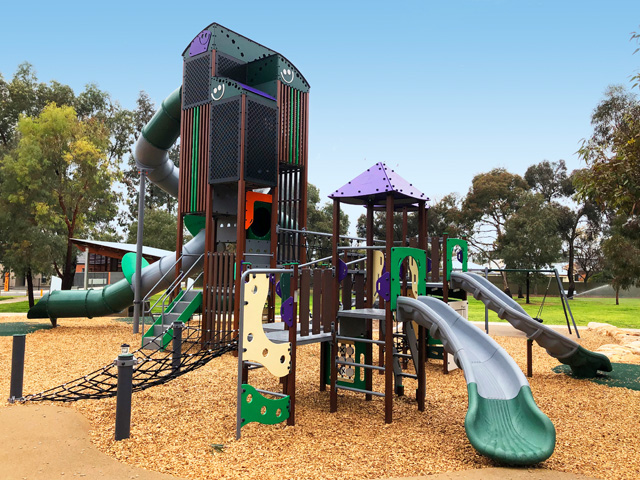 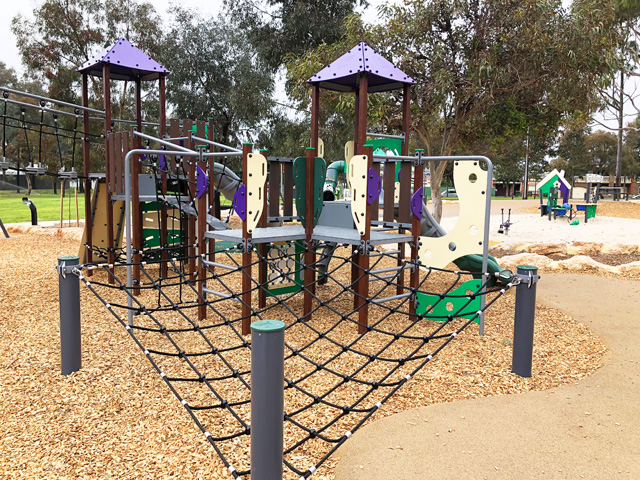 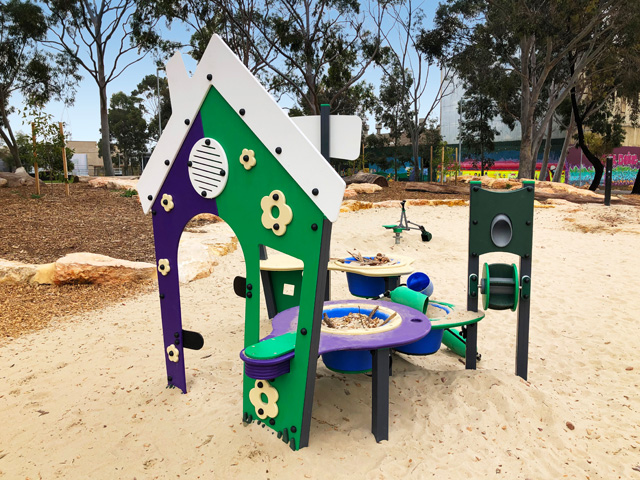 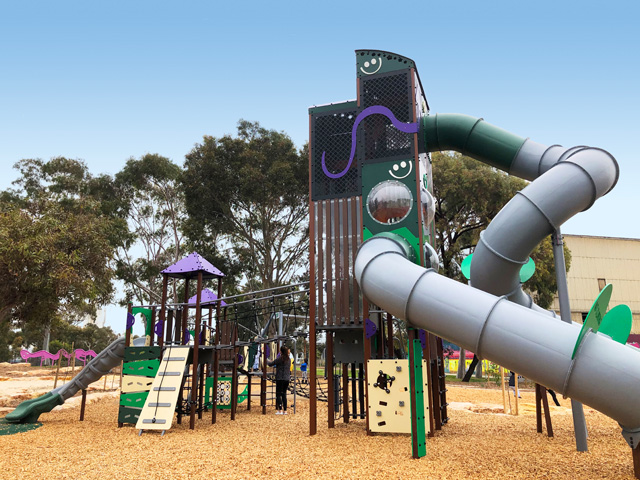 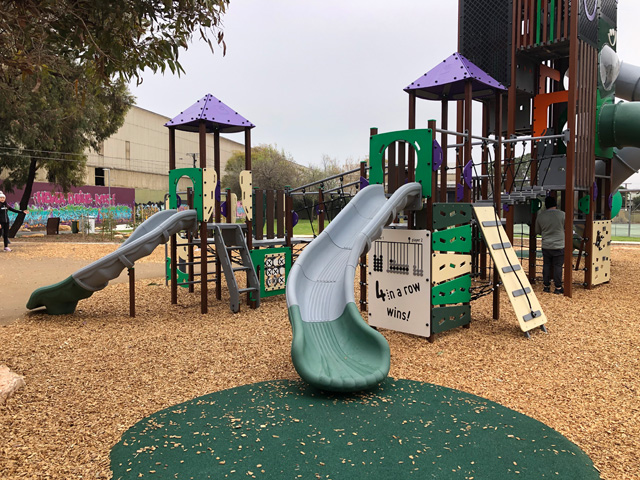 With plans to reinvent and reinvigorate the city, a reserve in Adelaide gets a “giant” upgrade.

Building for tomorrow “to reinvent and reinvigorate our City”, is the pledge made by City of Charles Sturt as part of its 2025 open space strategy plan. A considered framework aimed at the improvement of open space across Adelaide, Council’s plan focuses on reinventing spaces for its citizens. One success story already on the books is MJ McInerney Park, situated in the northwest suburb of West Croydon.

“As part of the redevelopment we wanted to make sure everybody could be involved in the space, and the new pathways and barbecue areas and shelters are all situated so that people in wheelchairs, with strollers, or anybody who has trouble with walking could get to them,” explained Jarrad Healey, landscape architect, City of Charles Sturt.

A key element of the park upgrade, the new playspace hit the mark with Council’s brief to create a space that would encourage locals from the surrounding suburbs to use the reserve and interact together.

Designed and manufactured by play specialists WillPlay, who collaborated closely with Council, the playground is chockfull of standard and custom-designed play structures offering fun things to do for kids of all ages and abilities.

A toddler zone features a mini slide, scramble net and treehouse unit, with ground-level play elements including noughts and crosses to keep younger kiddos occupied. A mammoth sand and water-play area celebrates nature and encourages kids of all ages to get in and engage with the natural environment. The inclusion of a couple of ride-on sand diggers and a SandWorks play unit makes this zone a particularly hot commodity.

“We wanted to create a space that blended well with the existing [space], and get people involved in nature as well, giving sand and water lots of excitement,” Jarrad shared.

For the more adventurous players, various styles of swings, including a nest swing, are on offer, as is a double flying fox! But the most impressive feature of all is the giant 7-metre-tall Goliath tower — WillPlay’s highest tower to date.

The behemoth structure is an eclectic mix of premium materials, including powdercoated aluminium structural posts, stainless steel framework and Australian-sourced recycled plastics, and boasts two awesome tube slides; one launching from midway and one from the very top (for those who dare!).

A rope bridge and climbing nets are enticing extensions jutting off the tower, which also includes a number of ground level activities with play opportunities for all ages. Its custom colour scheme blends into the park environment, while at the same time offering a welcoming appeal. The tower’s vibrant purple accents were chosen to represent the beautiful flowers of the Jacaranda trees that famously flourish in the area.

Clearly a neighbourhood favourite, the Kids in Adelaide website declares MJ McInerney Park: “The best new party park in the north west. And it may just make the new TOP 10 in Adelaide, because it’s got LOTS of space and equipment for the whole family!”