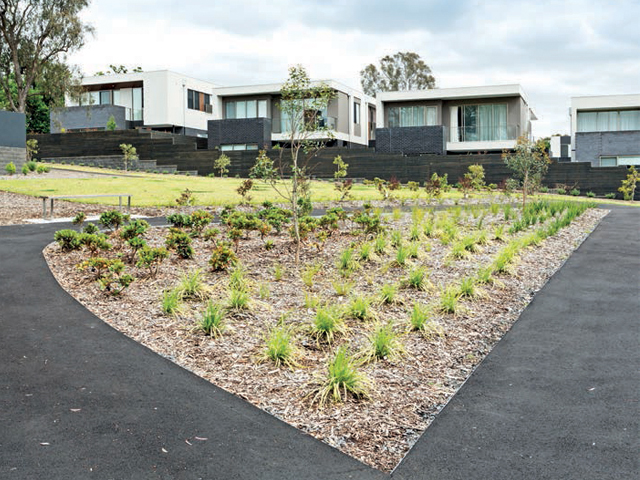 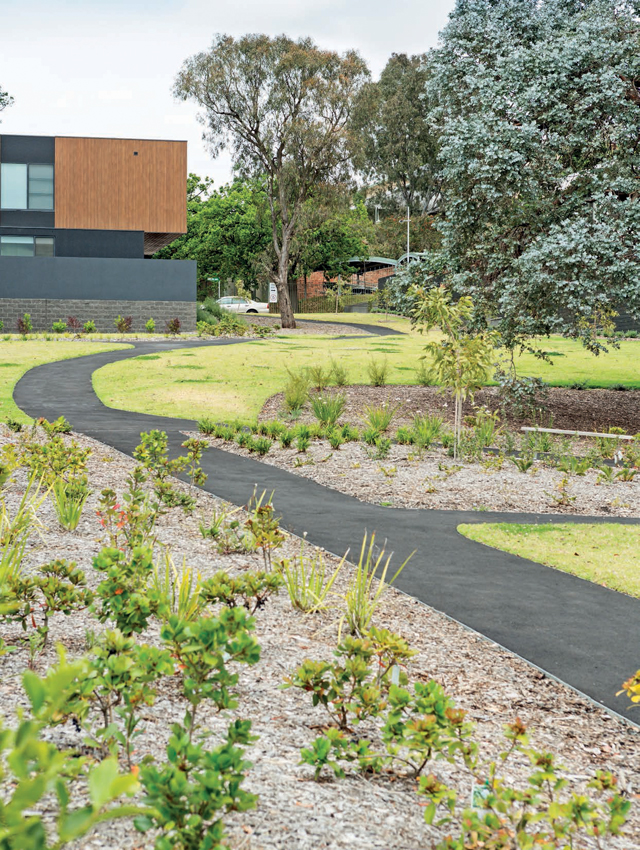 Garden edging has been used to define this oasis of greenery and modern architecture, and has given Kew Cottages a unique and inviting feel.
The transformation of Kew Cottages into an inner suburban oasis of residential living was completed in late 2014. Greenlines Gardenware supplied several kilometres of its galvanised edging for use in the general streetscape including along paths, in playgrounds and in the gardens of the houses.
Located a stone’s throw away from the Yarra River in Kew, Victoria, the development is stylish with contemporary architecture, and is surrounded by sweeping parkland. It has a unique feel, especially given that it’s only 10 minutes from the Melbourne CBD.
A durable, versatile and long-lasting type of edging was required for this project. FormBoss™ was chosen as it delivers on all those points and saved a considerable amount of time and money on installation compared to flat bar steel for example.
Greenlines Gardenware was called upon to supply the FormBoss™ steel edging system. The galvanised 100mm profile of 2.0mm gauge, with the rolled top edge of 6.5mm was used throughout the whole project. These edges were installed to define bitumen paths throughout the landscaped areas, and in gardens to separate areas of rocks from mulch, or grass.
The clean and sweeping lines of the FormBoss™ steel edging complements the design and general aesthetics of the whole development, and gives clear definitions to the paths.
In addition to the edging, other key features of the project include the modern architecture and the abundant green spaces – which are home to trees that are more than a century old. The area also has plenty of bike and footpaths running through it.