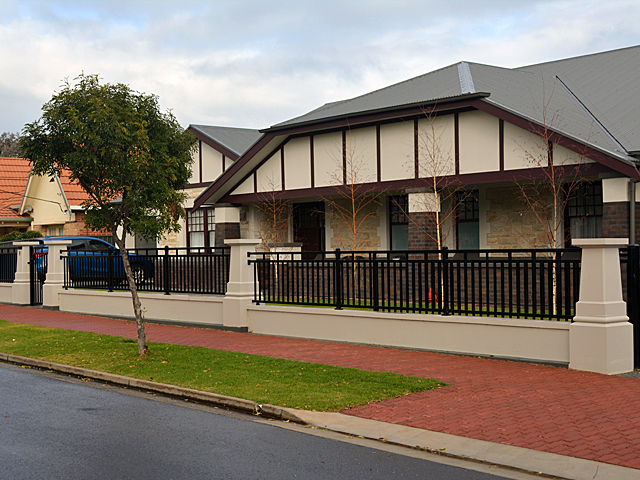 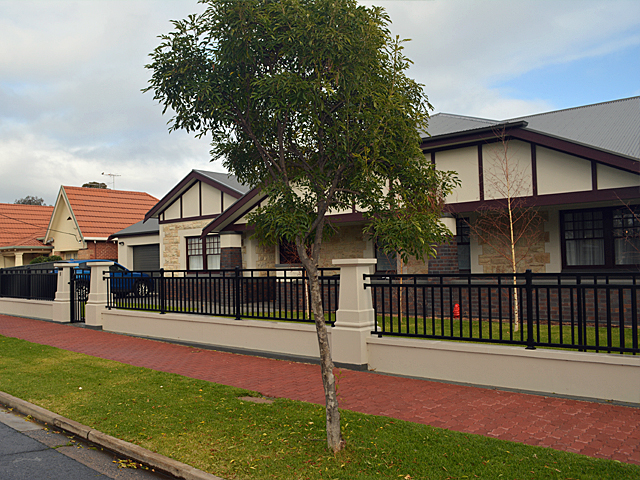 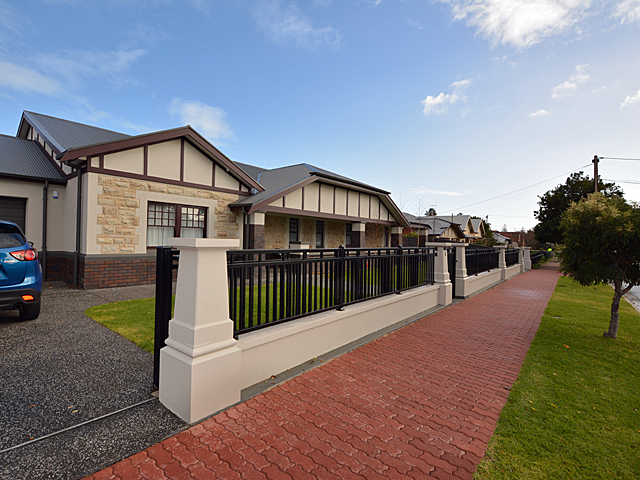 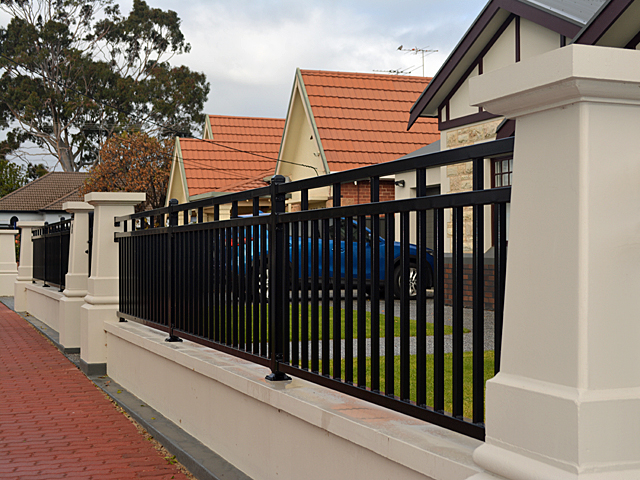 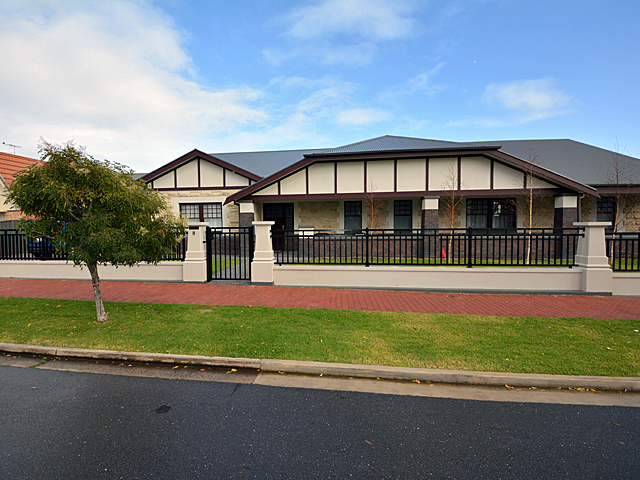 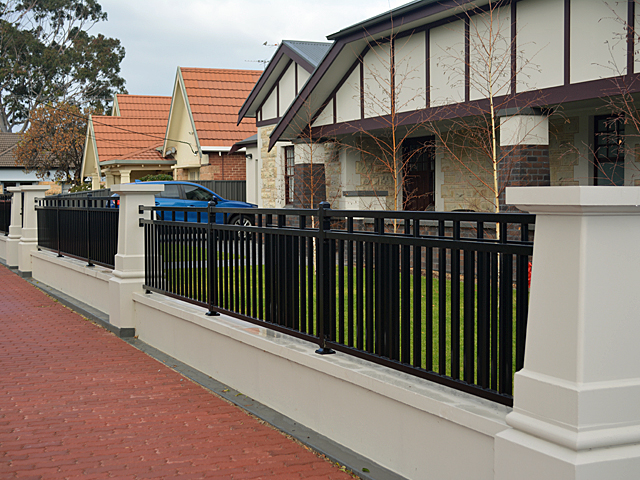 This brand-new bungalow home in Glenelg, South Australia is situated in a historical conservation zone. In order to maintain this heritage precinct, the council imposes stringent requirements on any sort of building work. This made it both a challenging and rewarding project to work.

During the 1920’s, the Californian Bungalow came to Adelaide, initially to newer suburbs like Colonel Light Gardens and Toorak Gardens. It was the first time that American architectural influences began to have their impact before this Adelaide’s architecture was largely shaped by British design.

Originally, the bungalow was created as a cheaper form of permanent housing with designs that suited warmer climates like Australia. They started as timber homes, but the red and purple brick bungalows that are familiar in Adelaide soon followed as variations. These bungalows now form a significant part of our heritage history in South Australia.

The fence that CastStone designed for this brand-new bungalow home with a wide street frontage, was custom-made to match the era and style of the home. The architects provided them with the specifications that were approved by the appointed heritage advisor, and the team set about creating precast sandstone angled pillars that were 1.3 metres high, with wide bases measuring 520 x 520 square metres.

The pillars were painted to match the home but they can also be left to age naturally and take on the elements of their surrounds.

The result was a precast sandstone pillar fence that has an imposing street presence.

Caststone is proud to be involved in this custom project. There were many hoops to jump through with heritage advisors and concerned councils, not to mention neighbours who wanted to make sure the street maintained its heritage appeal.

CastStone has been manufacturing concrete pillar columns for heritage bungalows and homes for more than 30 years.

Call CastStone on 8244 4888 or email them via the links below to find out more about their fence designs for bungalow homes.