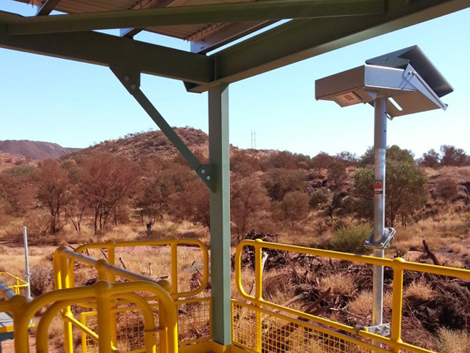 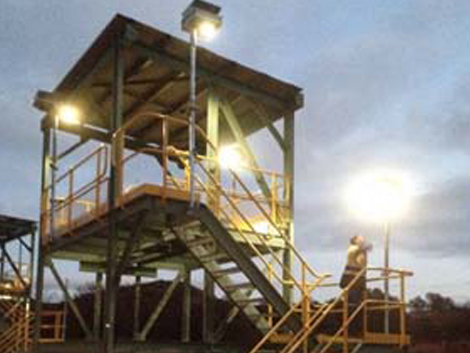 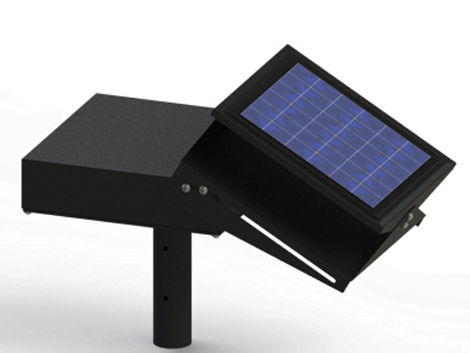 BHP Billiton Iron Ore is one of the world’s premier suppliers of iron ore, employing 13,000 people across Western Australia. Mining operations are supported by the town of Newman while Port Hedland houses the company’s port and rail facilities.  The massive Mt Whaleback mine, established in 1968, is the biggest single-pit open-cut iron ore mine in the world being more than five kilometres long and nearly 1.5 kilometres wide.

Mt Whaleback and Eastern Ridge, BHP’s other mine in the region, are supported by a fleet of 60 Caterpillar 793 trucks, each of them capable of carrying 220 tonnes of ore. As part of a program to improve efficiency, BHP have installed 24 boarding ramps from which crew changes are made. Because the boarding ramps were required to be movable, connection to a power source was difficult, which suggested that solar lighting might be the best solution. The ramps would not always be placed in the same orientation to the sun however, so a standard solar light would not be suitable.

The solution was a modified version of Orion Solar’s SCL area light, supplied with a solar panel which could be adjusted in two directions for optimum orientation to the sun, plus a luminaire which can be angled to place the light exactly where it is required. The SCL series light is a fully-integrated solar LED area light normally used in pedestrian and commercial applications. With a built in Energy Management System, the SCL provides consistent, reliable and easy to install lighting which automatically configures to local solar conditions. The first installation for BHP was made in 2014 with recent repeat orders.