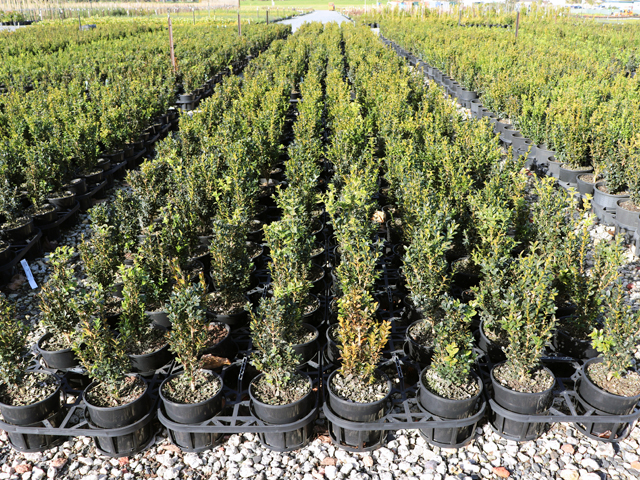 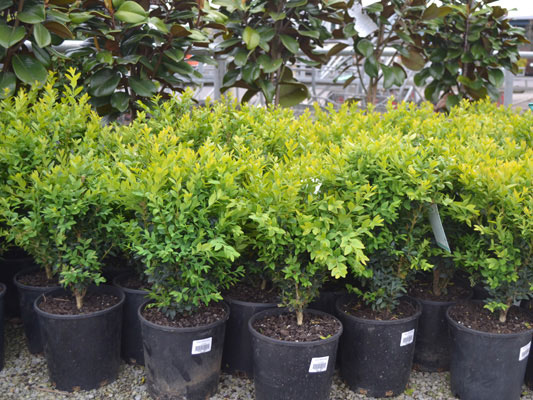 Buxus are commonly known as Box or Boxwood. Din San has a large range of English Box (Buxus sempervirens) in different sizes from 14cm pots up to 33cm pots and even shaped ball and cones, perfect for those low to medium sized hedges. Buxus are great for shaping, and are often seen shaped into balls or living statues.

They are evergreen, native to western and southern Europe, northwest Africa, and southwest Asia, from southern England south to northern Morocco, and east through the northern Mediterranean region to Turkey.

English box is valued for its small leaves, evergreen nature, tolerance of close shearing, and scented foliage. Buxus is a common garden plant mainly because of its versatility as a shrub or hedge and its low-maintenance nature. It will give your garden a clean look if pruned, and looks great as a low border around a garden bed.

They perform best in moist, well-drained, rich soils with a cool root zone in partial shade, but it is highly adaptable to average to poor soils, soils of various pH, drought, and heat (as long as the heat and drought occur in a shady location).