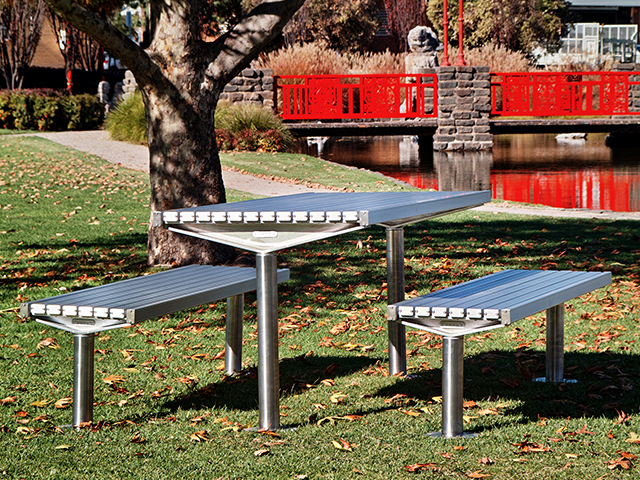 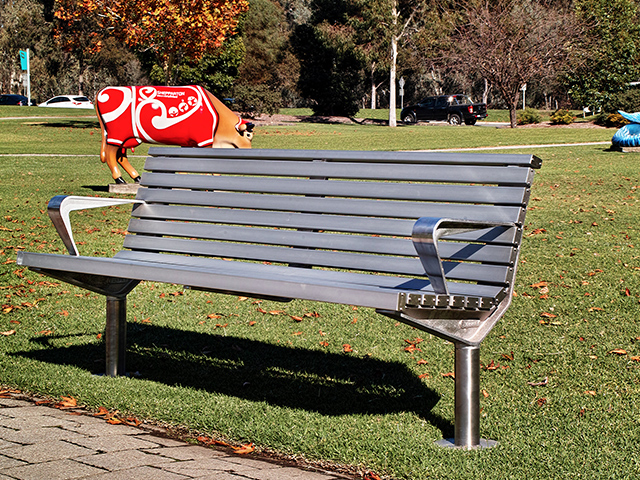 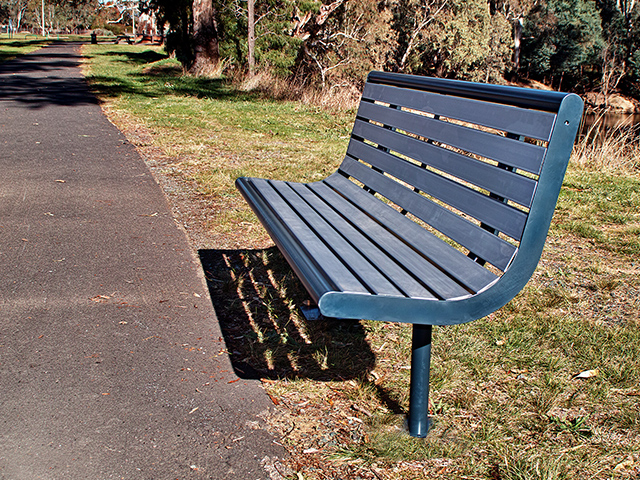 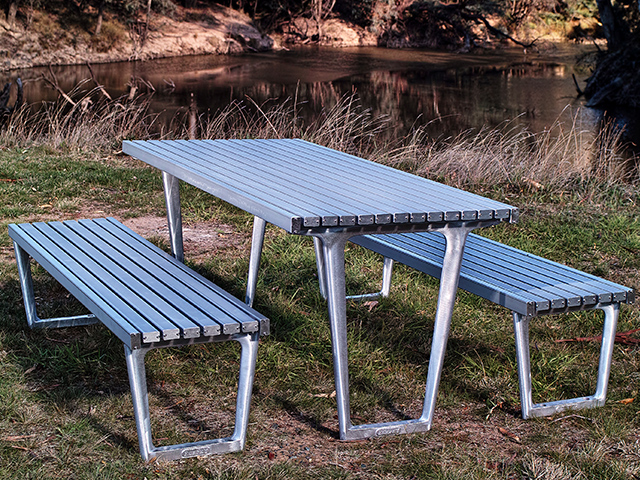 Shimmering aluminium slats, produced at the Furphy Foundry, are a welcome addition to the range and are perfect for those looking to install park furniture in high corrosive areas or to benefit from its low-maintenance, scratch-resistant appeal.

Back in the 19th century, such slats would be under heavy guard and were highly coveted as they were esteemed for their rarity. Although aluminium is the most common metal in the earth’s crust and almost twice as abundant as iron, it was once regarded as more precious than gold and silver. This was due to a lack of knowledge of how to isolate the metal from the raw materials; and even after a German chemist managed to extract a few flakes in the 1820s, mass production remained decades away.

In the meantime, despite its rarity, kings and queens dined with aluminium cutlery, the French Government paraded aluminium bars beside the crown jewels, and America capped the Washington monument with a six-pound pyramid of aluminium in 1884 as a symbol of its industrial prowess.

Over a century later aluminium mass production is extremely common, and Furphy’s Shepparton Foundry is able to produce park and street furniture made with this strong, light and durable metal without a single guard in sight!

Todd Huggard, General Manager of Furphy Foundry, explained that adding the option of aluminium slats is in response to customer needs and a natural extension of several of Furphy’s most popular products.

“We are now making several products within our picnic setting, bench and seat ranges, available with an aluminium slat option, where previously they were only available with hardwood timber or composite material,” he said. “We have the in-house expertise in aluminium production and know what it means to match the product with the environment to ensure durability. Aluminium is the answer on many occasions.”

Customers can now order any seats, benches or picnic settings within the Civic, Fulcrum Metro, Promenade and Woodgrove ranges with aluminium slats, or enquire about custom solutions.