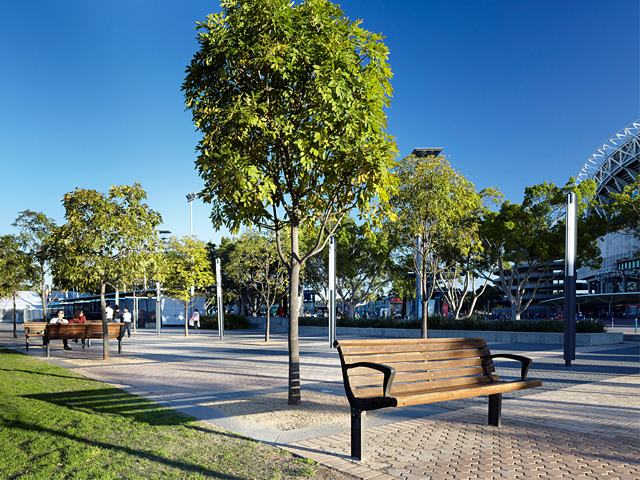 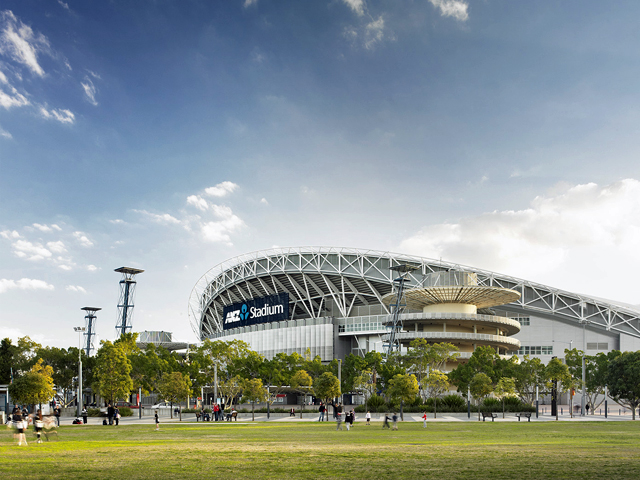 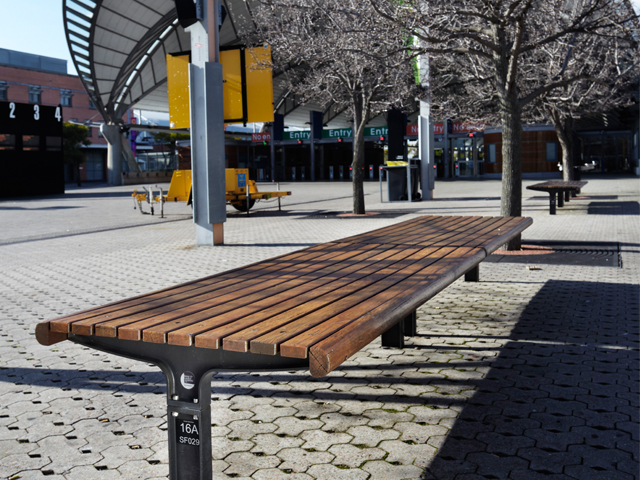 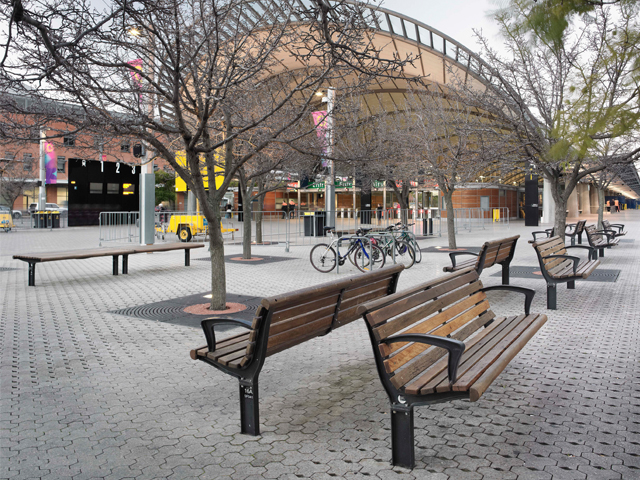 The opportunity to become a supplier to the Sydney 2000 Olympics was something every company in the industry wanted to be involved with. A competition to design and supply several key seating components for the Olympics main site and venues with a 10-day deadline resulted in Street + Garden being the only supplier in the country who was able to achieve this target. An established palette of materials and shapes was the starting point for the design ideas, along with details such as graphic elements being also used for inspiration.

The palette of materials and shapes was the starting point for the design ideas, alongside details, such as graphic elements, also used for inspiration.

The principals of a ‘green’ Olympics was the basis for materials selection, with recycled timber and aluminium key structural components. Key shapes adopted came from I-beam sections that predominated the form of other site items such as light poles.

The main opportunity was to be part of this extraordinary, internationally-recognised event, with some 3000 items being supplied before, during and after the games as Olympic Park and the stadium took on a second life as major event venues. Further refinement of the Park Bench Seats, Platform Seats, and picnic settings have become a key feature in S+G’s Olympic Range and continue to be a popular addition to the standard collection.

To specify this suite of products, contact Street + Garden via the links below.

Specialists in premium Australian-made street furniture for over 25 years