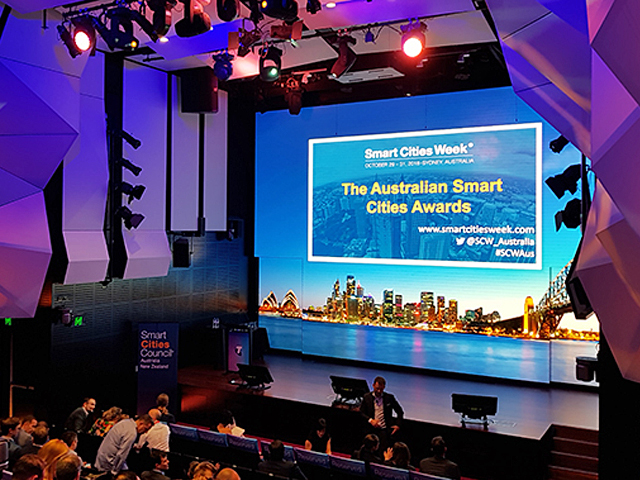 Street Furniture Australia is honoured to have been named the winner of the Built Environment category at the inaugural Australian Smart Cities Awards in October 2018.

These are the country’s first awards recognising leadership, best practice and action to advance the smart cities movement, evaluated by a seven-person jury, chaired by David Singleton AM.

The winners were announced at Smart Cities Week in Sydney, organised by the Smart Cities Council Australia New Zealand.

It was a small project that made a big impact. By adopting a people-first approach and quantifying the impact of design, the method of activation became an international case study.

#BackyardExperiment was one of Australia’s first smart city projects, a collaboration with the Australian Institute of Landscape Architects (AILA), with support from the ACT government. The park was designed by multi-award-winning firm Context.

“This is great recognition of the work and impact that landscape architects can have when partnering with industry leaders, like Street Furniture Australia,” Tim Arnold, AILA CEO, told StreetChat.

“High quality public realm that meets the needs of community is becoming a more important commodity as cities become denser. Registered Landscape Architects represent a profession increasingly dominating the debates to lead policymaking to deliver exemplary outcomes for our cities, towns, regions and their inhabitants.

“We’re incredibly proud of what #BackyardExperiment achieved and we congratulate Street Furniture Australia, Context and our collaborators.”

The judges describe the project as a “partnership driven and replicable approach to smart cities,” that quantifies the impact of street activation.

View the video below to find out more about the award-winning project.