CIVIC SEATS IN ONE OF AUSTRALIA’S BIGGEST DEVELOPMENTS 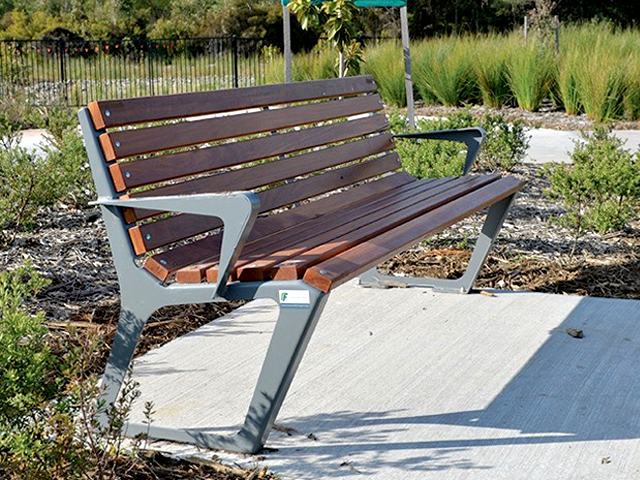 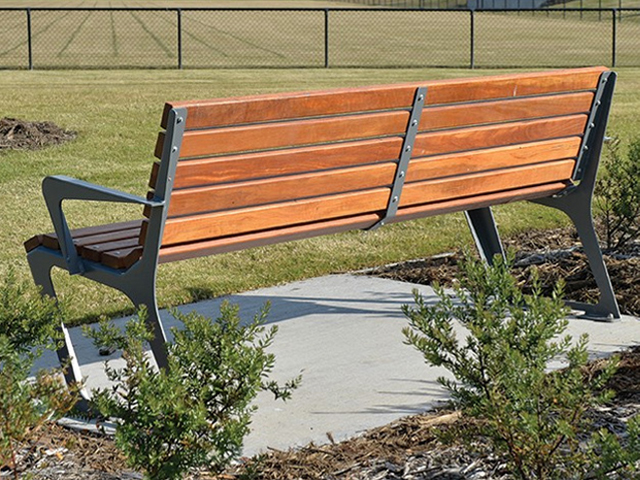 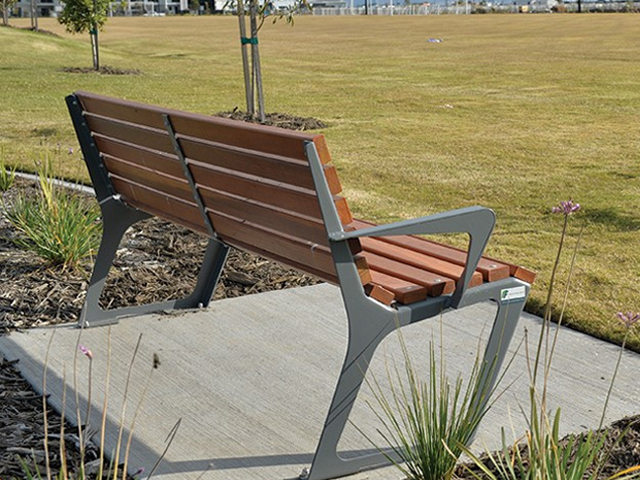 Furphy’s Civic seats, installed throughout Aura, are available 24/7 to give residents a well-deserved rest when they need it.

With over 700 hectares of conservation and park areas and 200km of bikeways and walking paths planned, street and park furniture, such as the Civic seats, become the silent – often unnoticed – landmarks and resting stations.

Aura is one of Australia's biggest residential developments. Less than an hour north of Brisbane, the population of the new planned city is projected to reach 50,000.

Furphy Foundry has thus far supplied 19 Civic Seats and six Civic Picnic Settings to the Stockland development in several stages. All have been powdercoated either in Basalt or Ironstone.