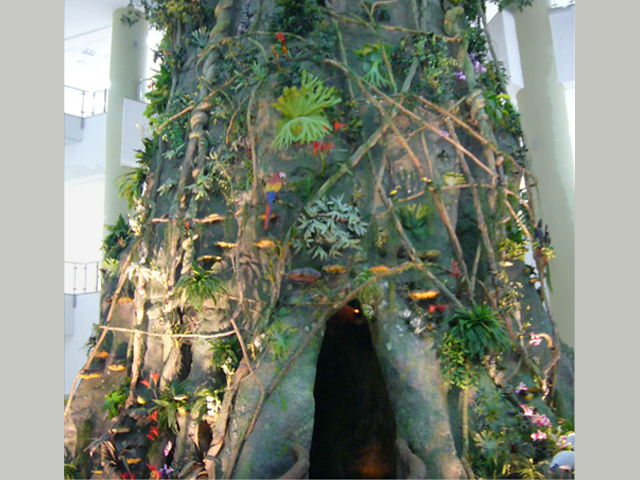 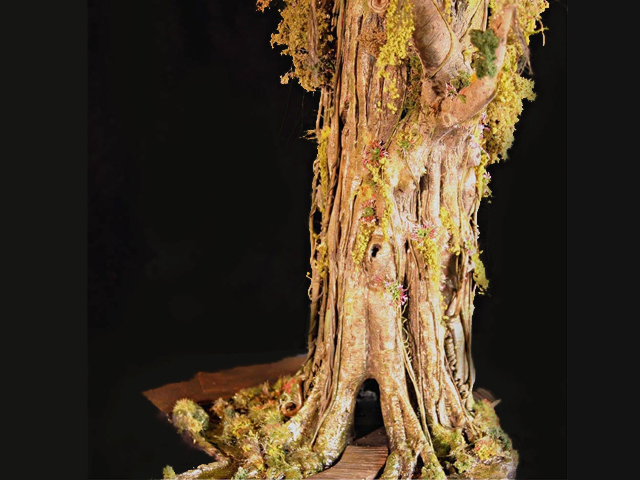 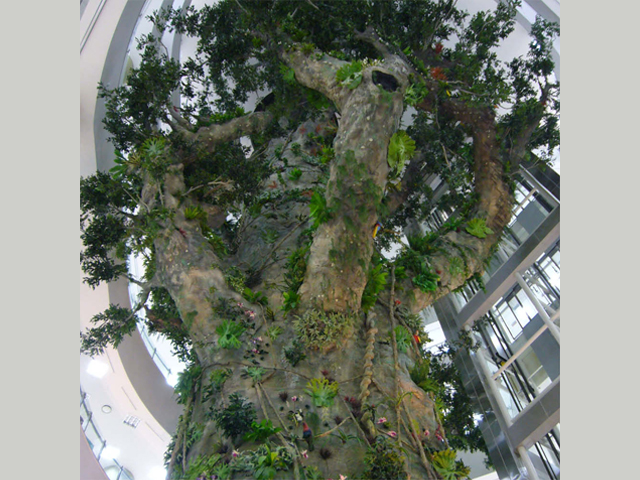 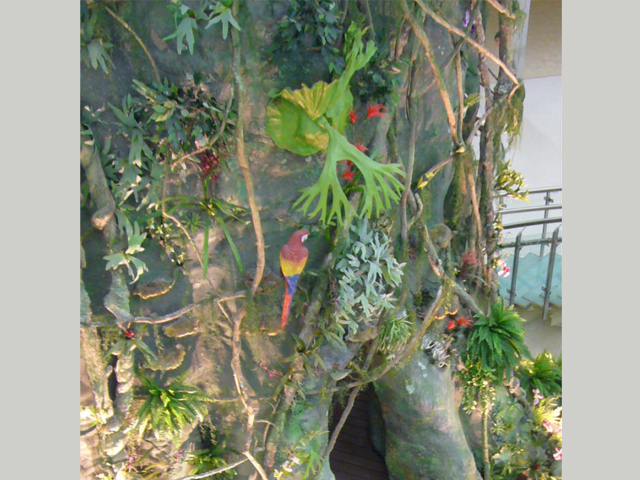 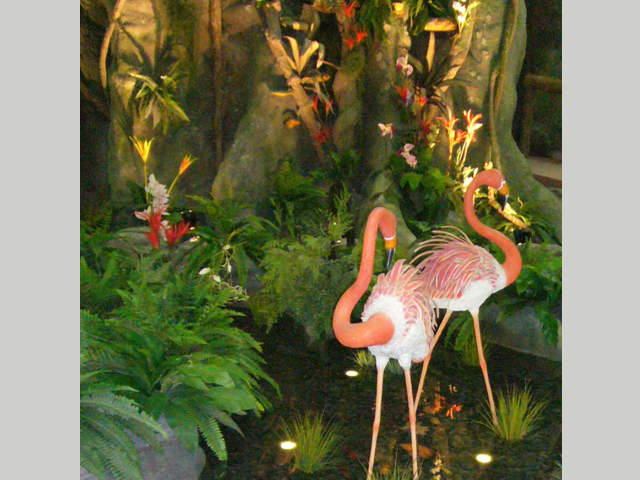 The largest artificial tree in the world was built at a cost of 1.7 million dollars in 2008 by a team from Natureworks. The trunk was built on site, but the branches were prefabricated at the Highvale studios in Samford, Australia and shipped in 10 x 40ft containers to site.

The client’s’ intent was to lay claim to building the largest artificial tree in the world. It is over 11 metres in diameter at the base, through which the public can walk and the diameter where it ‘breaks through’ the ceiling is still 6 metres wide.

This tree rises through six levels of a shopping mall in Sopoong in Seoul, South Korea. “We asked for the largest artificial tree in the world and we got it! Natureworks rose to the challenge and produced something memorable” said the Director of the Soopong Shopping Mall.