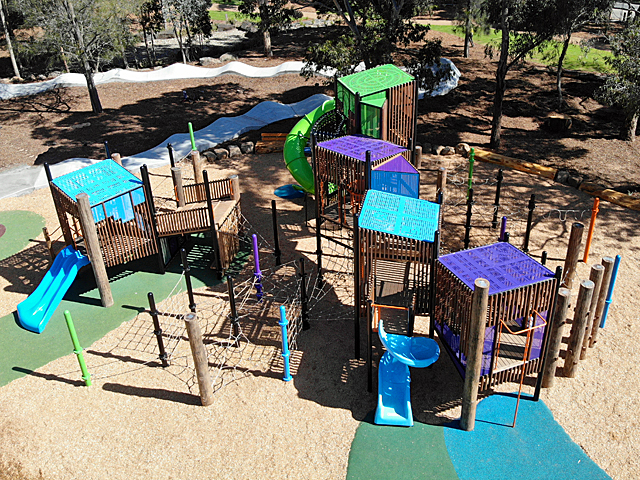 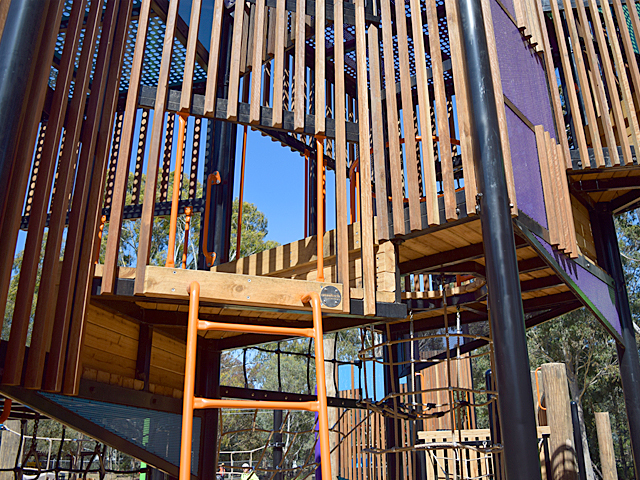 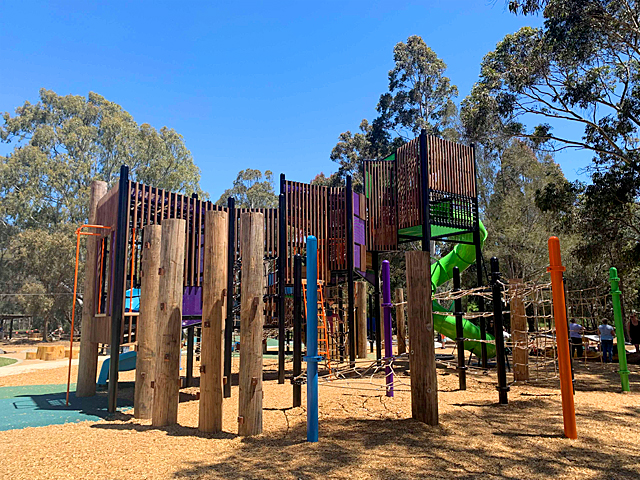 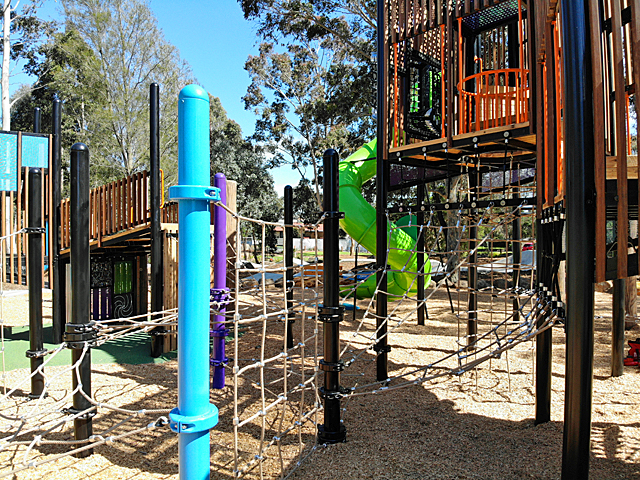 A magical playspace for all abilities!

In October 2019, Omnitech completed the playground for Norris Bank Reserve in Bundoora, Victoria. Not long after the playspace was open, local community blog Mumma Knows North praised the park: “New Park. Wow, wow, wow! What an incredible spot. There is truly something here for everyone”.

The goal for Norris Bank Reserve was to innovate and incorporate a variety of physical and sensory activities to make it a magical adventure playground that is tailored to all ages and abilities, in addition to promoting social community use and a safe and well-maintained reserve.

Omnitech started off by designing a series of non-symmetrical cubes, ranging from four metres in height down to 1.2 metres, which linked together through a series of physical challenges. This then formed a large, irregularly-shaped landscape offering a diverse range of fun-filled adventurous activities.

Everyone at Omnitech is over the moon by the response from the community and grateful they could work alongside the Whittlesea City Council to provide this amazing playspace.

Norris Bank Reserve is definitely the playspace to go with the whole family and enjoy a magical day of fun!