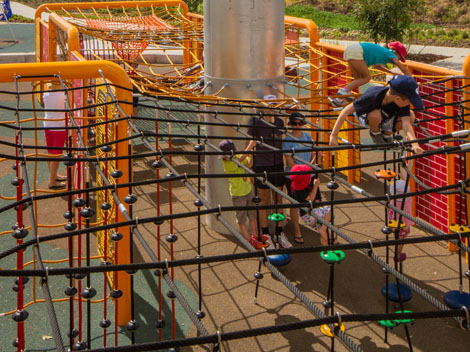 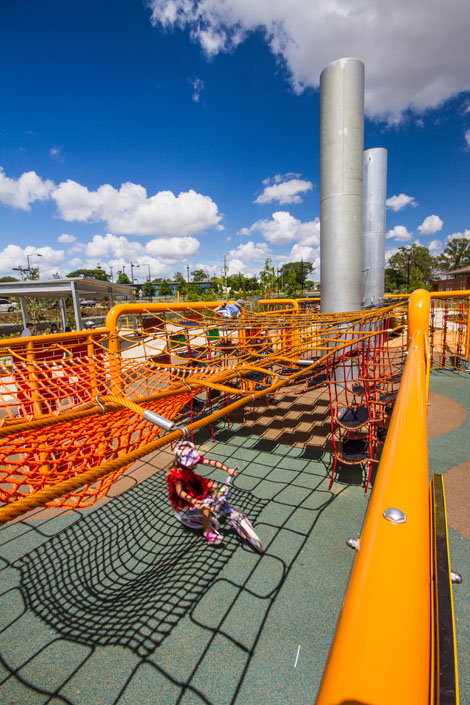 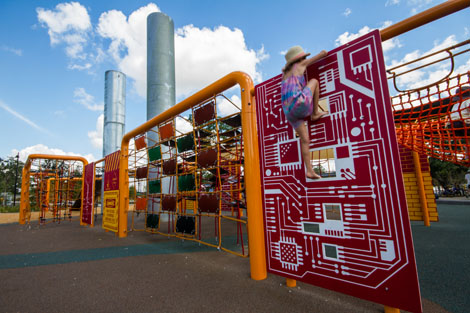 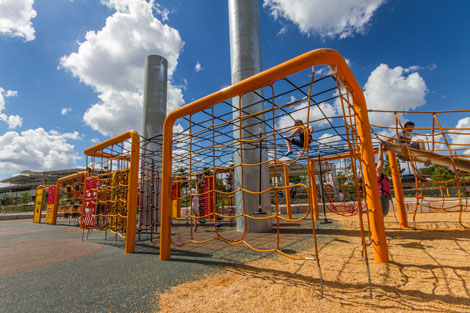 Named in honour of one of Australia's tennis greats, Ken Fletcher Park is the perfect place for a family day out, with picnic facilities, barbeques, public plaza, open-air amphitheatre and a pontoon for non-motorised watercraft. The park also boasts an impressive play area, custom designed for children of all ages and abilities and featuring a unique climbing structure which pays tribute to the site’s industrial origins.

Brisbane City Council purchased the 2.9 hectare site to create more public parkland with frontage to the Brisbane River, for the community and visitors to use and enjoy. Mirvac was engaged by Council to design and construct this new public park in conjunction with FORM Architects and Brisbane-based company Urban Play.

The community was invited to vote for their favourite name from a shortlist of six, between November 2011 and January 2012. The voting period closed on 27 January 2012 and more than 600 votes were received, with Ken Fletcher Park receiving a majority of the votes.

The Park incorporates play equipment suitable for children with varying abilities and ages. Each piece of play equipment in Ken Fletcher Park reflects the principles of universal design, being equipped with diverse play opportunities, multifunctional and accessible design, and clear in colour and design signals. The power station-inspired climbing structure provides challenging multi-level play as well as a range of tactile and sensory elements with sand and water play and SONARC telephone tubes. The park also features a dedicated toddler play area.

Urban Play director Ben Urban, a key player in the playground’s design and installation, said Ken Fletcher Park was a great example of Brisbane City Council’s dedication to innovative design and its recognition of the history of the area. “The power station structure is the first of its kind in Australia, designed specifically to reflect the history of the site. It’s a real drawcard for South Brisbane. This is a unique play space and the excitement of the kids and community reflects that.”

Play is our passion, the world is your playground