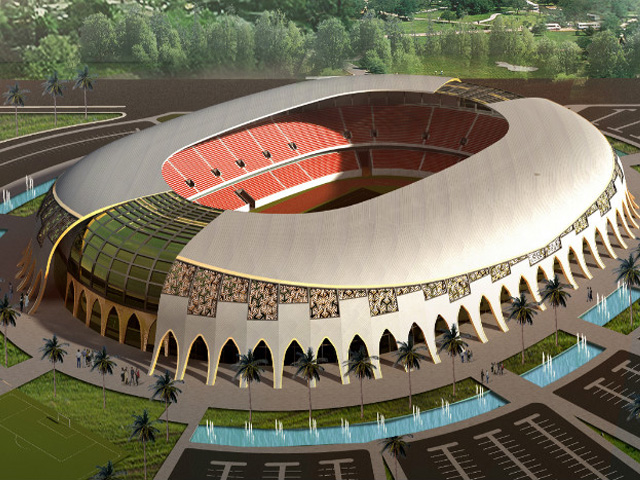 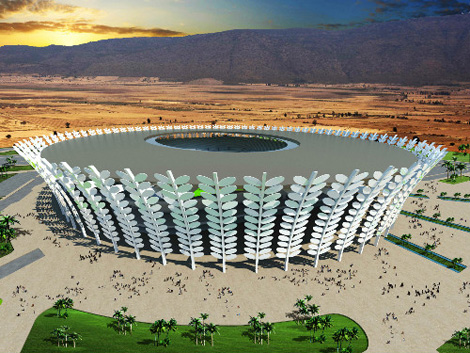 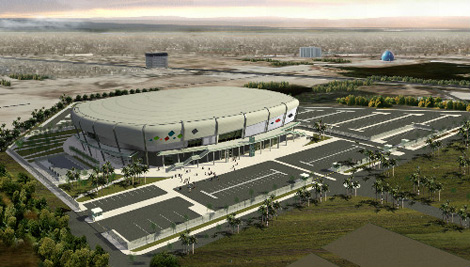 Iraq is paving the way for its reconstruction and recovery with major investment in a wide spectrum of projects. Estimates of reconstruction expenditure in Iraq run into the tens of billions of US dollars, with USAID’s conservative estimate placing the cost at more than $150 billion.
Central to this renaissance is a boom in sporting venues.

The new stadiums are part of a national effort by Iraq’s Ministry of Youth and Sport to develop soccer in the country and hopefully foster the unifying effect the sport can have.

“While many may have thought that quick-wins would be the order of the day, this could not be further from the truth,” says country director Onur Gulec. “The clients are demanding. They want high-performance building outcomes.”

The US$100 million Karbala Olympic Stadium project is a prime example of the state-of-the-art engineering solutions clients are looking for.

The roof and cladding surface has an area of 40,000 square metres, resulting in the use of 2,600 tonnes of steel for the entire project (1,200 tonnes for the main roof trusses), including purlins, feature gates and catwalks.

“We were asked to optimise the concrete structure to yield the lowest concrete volume possible, while rebar quantity was not to exceed 120 kg/m3,” explained Gulec. “This requirement caused many iterations and intensive optimisation in analysis. The client also requested shop-drawing level drawings for cast-in-place and precast concrete. This required the production of 1,300 structural drawings for the reinforced concrete in just 3.5 months as well as collaboration with RWDI to perform a boundary layer wind-tunnel engineering study.”

The 73 feature gates of the 30,000-seat Karbala Olympic Stadium draw their inspiration from one of the oldest mosques in the world in Karbala, providing a strong link to a cornerstone of Islamic history – the Karbala tragedy where 73 martyrs were killed.

Along with the 73 arcades that cover the stadium, the two-layer translucent skin allows air to circulate through the concourse whilst the white shell of the stadium represents peace. Also included within the complex are a 2,000-spectator track and field stadium, 500-spectator training fields and a 75-bed four star hotel.

The structural steel roof has been configured via an innovative design approach using non-linear analysis and design, featuring high-strength pipes, rods and pins. All connections were designed to be field-bolted connections while shop-fabricated steel work was limited in size for convenient transportation from Istanbul.

Construction is set to be completed by the end of 2014.

Another major sporting venue under development is Al Sunbula Stadium in Diwaniya, with a 30,000 spectator capacity. It also includes a 75-room four star hotel, a 2,000 spectator track and field facility and 500-spectator supplementary training field.

The 82 spikes running along the perimeter of the main stadium reflect Iraq’s economic strength, prosperity and the pattern of its society, as the project is situated in the city of Diwaniya between the Euphrates and Tigris, which has traditionally been the wheat basket of Mesopotamia.

As with the Karbala Stadium, Meinhardt is delivering a similar structural steel roof configured through non-linear analysis, together with a main structure of cast-in-place and pre-cast concrete.

“We have found this to be the best combination in balancing the requirements of high-performance within very strict budgets,” said Gulec.

The construction of this US$100 million project, again designed by Bahadır Kul Architects, Istanbul, is scheduled to be completed in the summer of 2015.

Iraq’s capital is also set to benefit from a new venue with the construction of the Baghdad Arena. This US$24 million, 7,000-seat indoor sports facility is focused around basketball, volleyball and athletics.

The venue features a cast-in-place reinforced concrete frame with a design and build space frame structure roof. The roof is supported by cantilever concrete columns extending above the highest level of the grandstands.

Due to undesirable soil conditions, Franki piles had to be used in the design.

“Considerable effort went into reducing and optimizing the number of piles to improve buildability and reduce costs,” said Gulec.

Another engineering challenge of the project was a solution which would meet both the architectural ambitions and load requirements of the feature exterior terraces of the hall. The final outcome is a combination of thin and elegant framing supported by slender columns.

As Iraq’s reconstruction continues apace, the opportunities for international expertise and capital remain beyond stadium work.

“Additional prospects exist to provide for the great number of over-crowded existing households, rehabilitation of transportation infrastructure and the ever growing need for the development of the industrial base,” said Gulec. “This will substantially increase the demand for efficient designs and competent completion of sizeable construction projects from a large number of sectors. The huge long-term business potential, coupled with the real need for outside capital and expertise, promises unique investment opportunities for those who pioneer in the engineering and construction sectors.”