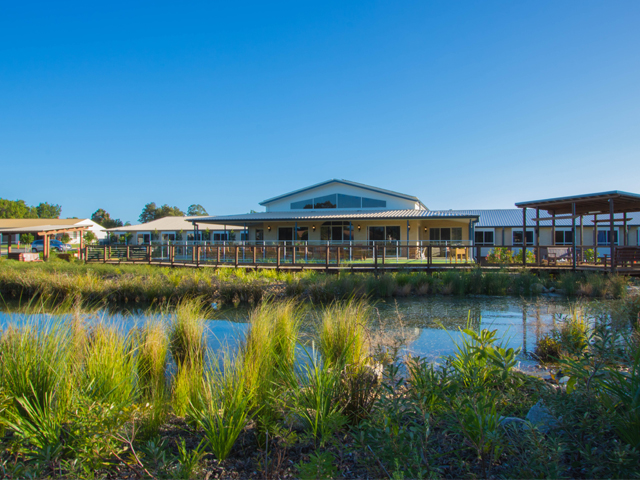 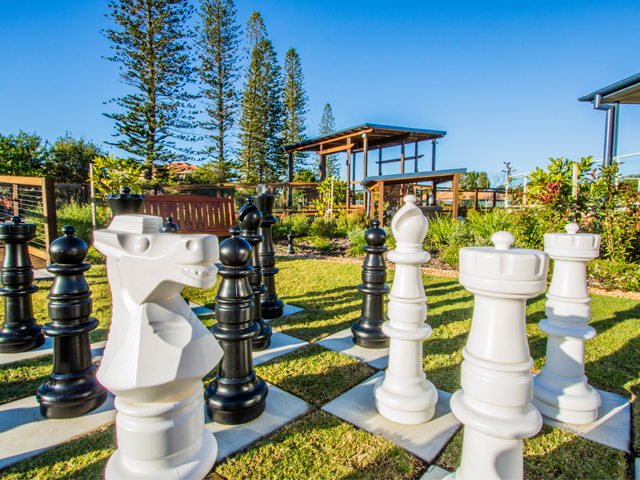 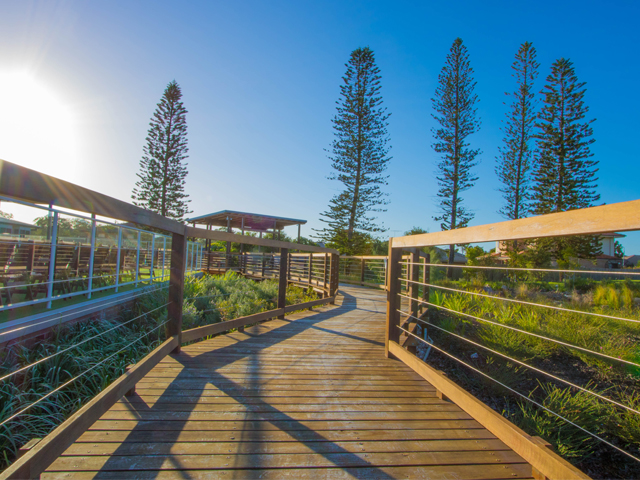 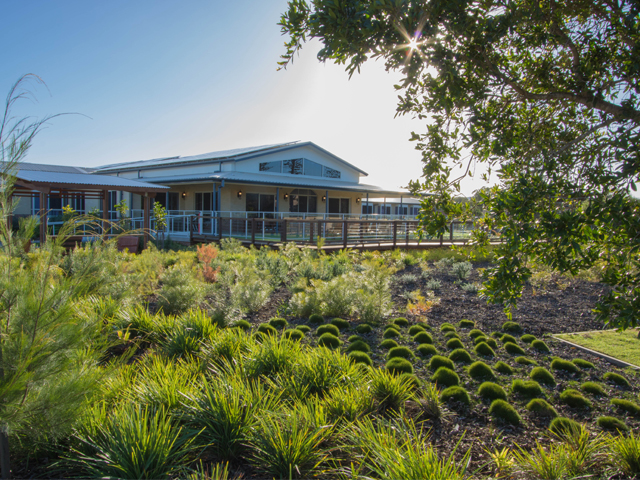 Showcasing their design and construct capabilities, Maranatha Aged Care in the Moreton Bay Region is a prime example of how Penfold Projects can turn a theoretical brief into a stunning reality.

Using water-sensitive urban design principles, they created a 250sqm man-made lagoon with a sandstone boulder water feature, and a 30-40m boardwalk network over the lagoon with a viewing deck and pergola.

An additional recreation area featuring a giant chessboard was designed and installed by Penfold Projects, with the checked chessboard created using paver steppers on turf, and giant chess pieces that were custom ordered.