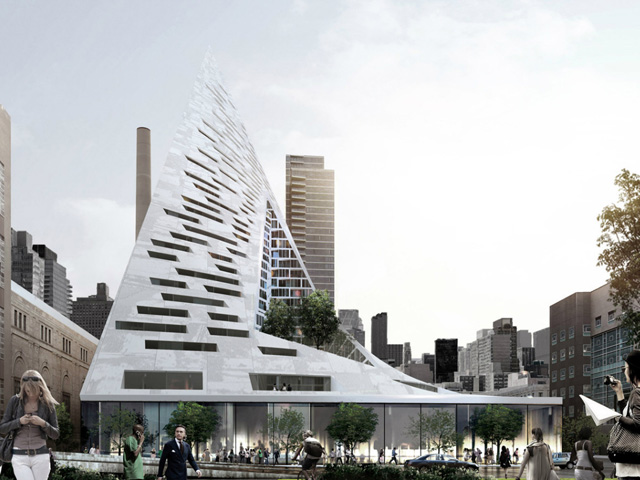 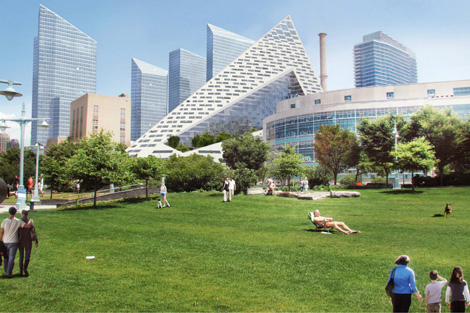 Harlem's skyline may be getting a splashy residential redo, courtesy of Scandinavian architect Bjarke Ingels, who earlier this year won approvals for West 57 at the West Side Highway.
Blumenfeld Development has hired the Bjarke Ingels Group, known as BIG, to design a residential project on East 125th St.

The site, between Lexington and Third avenues opposite Pathmark, is known as Gotham Plaza and hosts the current DMV. That contemporary 120,000 square-foot building, which opened in the fall of 2002, will remain, company principal David Blumenfeld told The Post.

The new apartments would rise on the adjacent parking lot to its north on East 126th Street and perhaps cantilever above the low-rise Gotham Plaza structure.

Blumenfeld said it has preliminary sketches from BIG but no final renderings of what will be an over 200,000 square-foot project. The upwards of 200 apartments will be built under the 80/20 program so that 20 per cent are affordable.

Long Island-based Blumenfeld is no stranger to Harlem, having assembled, planned and then developed East River Plaza with Forest City on the old Washburn Wire Factory on East 117th Street as well as Gotham Plaza.

The Copenhagen, Denmark-based architecture firm BIG has already made a splash in New York. It designed the quirky, 600-unit stepped pyramid shaped apartment house that Durst Fetner Residential is building on West 57th Street by the West Side Highway.

“This project and others in this part of Harlem will fill in the gaps and give way to thousands of feet of new retail and apartments,” said Faith Hope Consolo, Chairman of Douglas Elliman Retail.

A similarly shaped project has been submitted for the Brooklyn Bridge Park Pier 6 viewing area.