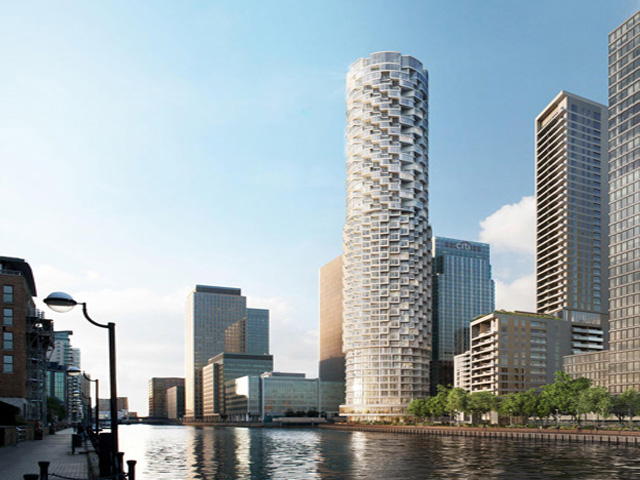 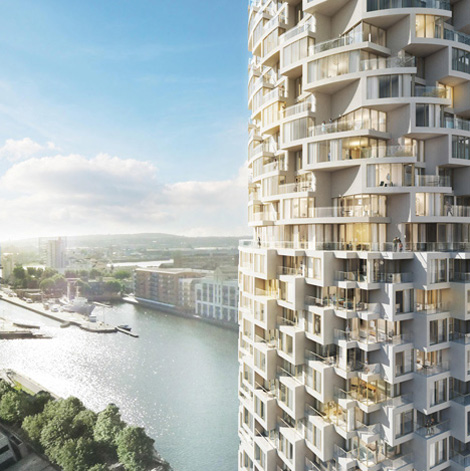 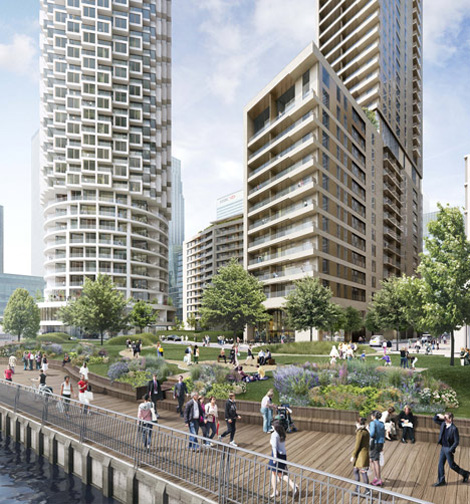 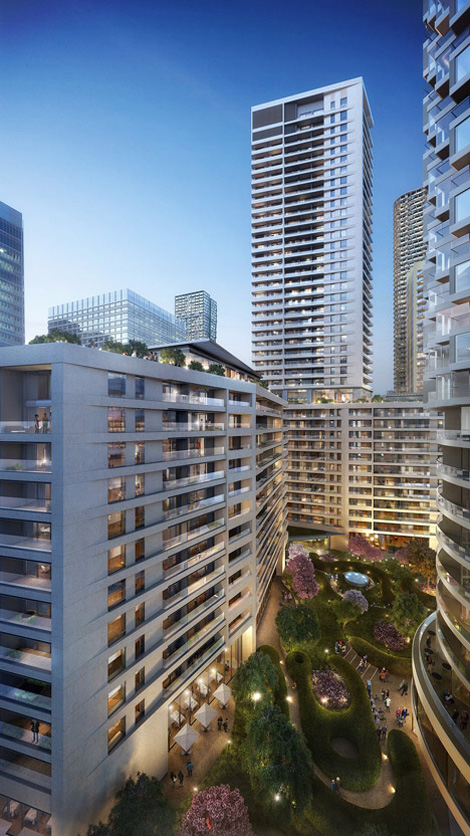 Swiss architects Herzog & de Meuron have designed a 56-storey cylindrical skyscraper as part of a nine-hectare masterplan proposed for London's Canary Wharf.
The residential tower is one of five new buildings proposed at Wood Wharf, the eastern end of Canary Wharf, in the first phase of a major mixed-used development submitted for planning approval today by London architecture firm Allies and Morrison.

Herzog & de Meuron and London studio Stanton Williams are working on the three residential buildings of the proposal, providing a total of 884 homes, while Allies and Morrison has designed two office blocks targeted at creative media, technology and telecommunications companies.

Later phases of the masterplan aim to surround the new buildings with a network of public squares and parks, as well as over 100 shops, restaurants and cafes at street level. Additional buildings will accommodate education and healthcare facilities, while more residential accommodation will bring the total of new homes up to 3100.

“The revised masterplan will create a strong and complementary mix of uses, and provide new homes, offices and retail spaces set within a network of streets and public spaces, designed to support the social life of new residents, employees and the surrounding community,” he said.

If planning approval is granted, construction of the phase one buildings is set to commence next year, with completion scheduled for 2017.