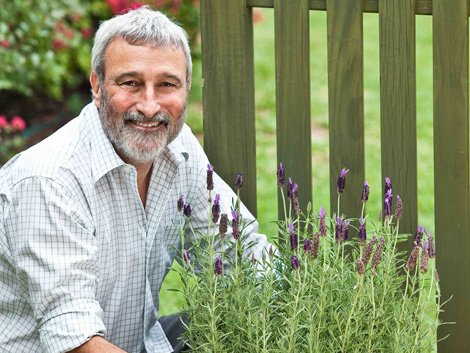 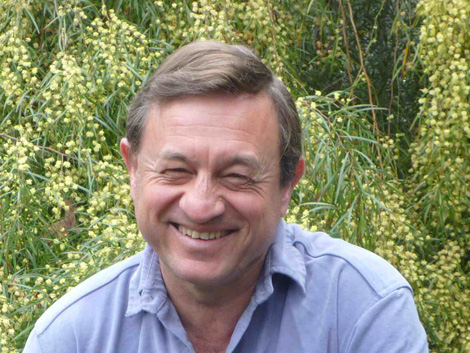 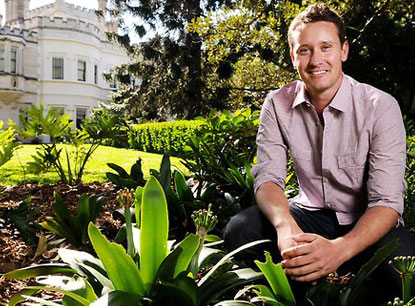 ANGUS STEWARTDubbed the Doctor of the Dirt when he first appeared with Rampaging Roy Slaven’s alter ego John Doyle on Sydney’s ABC 702 radio station in 1992, Angus has carved a niche as a multi media horticultural evangelist. He is an award winning horticulturist, author, television presenter and broadcaster who also creates new varieties of Australian plants in his spare time. His Bush Gems kangaroo paws have been grown by the millions around the world in places as diverse as Israel, Colombia and South Korea.

Angus Stewart has also written hundreds of magazine articles for a wide variety of titles including Gardening Australia, Belle, Better Homes and Gardens and Organic Gardener. He has written a number of books on Australian plants including the award winning bestseller Creating an Australian Garden.

Andrew Fisher Tomlin is one of the UK’s leading garden designers. He is the current NHGA Garden Designer of the Year, a title he has been awarded 3 times and he sits on the selection panel for the Royal Horticultural Society’s Chelsea Flower Show.  He is the Founding Director of Fisher Tomlin & Bowyer, an international design studio with private and public space commissions worldwide, with partnerships in Russia, Scandinavia, the Caribbean, New Zealand and Europe. He also provided horticultural advice on the 2012 London Olympics Athlete’s Village.

Andrew is in high demand as a public speaker and in recent years has spoken for The Smithsonian and the Casey Tree Foundation in Washington DC. He was Wallpaper magazine’s first horticultural editor and his work has featured in an extensive list of journals and on television worldwide. He is also the Founding Director of the London College of Garden Design, which has produced numerous well-known international designers.  Andrew Fisher Tomlin will visit Australia for the first time for Australian Garden Show Sydney, and will deliver a Feature Garden at the event of the highest order. This spectacular installation is one not to be missed.

INDIRA NAIDOOIndira Naidoo’s television broadcast career has spanned more than two decades. She has anchored and reported for some of the country’s most distinguished news and current affair programmes including the ABC’s Late Edition nightly news and SBS TV’s award-winning World News Tonight.

More recently Indira has turned her journalistic experience to the issues of food security, environment and sustainability.

Indira has worked as a media manager and spokesperson for consumer advocacy group CHOICEand as a Geneva-based sustainability communications consultant with the United Nations’ trade development arm – The International Trade Centre. In 2009 she was selected from 2000 applicants to be trained by former US Vice President Al Gore as a climate change presenter.

It was Indira’s decision to turn her tiny, inner city balcony into a veggie patch that changed the course of her career. Despite her family and friends thinking she had gone completely mad, her project was a success, and it planted the seeds for her fascination and love of sustainable, balcony gardens.

Indira started recording these growing adventures on her blog Saucy Onion, which lead to her first book The Edible Balcony published in 2011. The Edible Balcony became a runaway bestseller and is now in its fourth reprint. Her garden and recipes have featured on ABC TV’s Gardening Australia and Network Ten’s ‘The Living Room’. Indira now travels the country for talks and demonstrations, and was also a contestant on the inaugural episode of Celebrity MasterChef.
Indira is an ambassador for the homeless crisis centre the Wayside Chapel and conducts weekly gardening classes on its rooftop vegetable garden for its homeless visitors. In 2012 she won the lifestyle category of the InStyle Magazine awards for her food activism work.

Indira joins Australian Garden Show Sydney as the curator of The Kitchen Garden, an area dedicated to sustainable, balcony and small space gardening.

MYLES BALDWINMyles is an award winning landscape designer, gardener, writer and Director of Myles Baldwin Design. With an Associate Diploma in Landscape Design from Ryde Horticultural College and trained in horticulture at the Royal Botanic Gardens Sydney, Myles developed a knowledge of a diverse range of plant material and a passion for period garden design. In 2001, Myles took on the role as Head Gardener at Bronte House with then resident Leo Schofield.

Myles is now the Director of Myles Baldwin Design, a landscape architecture and design studio, which designs bespoke landscapes and gardens for period and contemporary architecture. He is responsible for creating some of Australia’s most significant private gardens including the gardens at Rona, Bellevue Hill; Boomerang, Elizabeth Bay; Yarras, Bathhurst; the Lake House, Launceston; and Waimea, Hobart.

Myles is also an established writer, author and presenter. He has appeared on Channel 9, written for the Sydney Morning Herald, and released his first book ‘Period Gardens: Landscapes for Houses with History’ in 2008. This was followed by the release of his book ‘Rural Australian Gardens’ in 2010, and his third book is set for release in late 2013.

Iconic Australian gardening personality, horticulturalist, author and publisher, Graham Ross, has worked in the horticultural industry for more than 55 years. He broadcasts a 6 hour Garden Clinic radio show each weekend across Australia on 2GB (300,000+ listeners) and has been a presenter on the weekly multi-Logie winning Better Homes & Gardens TV (1.3M viewers) since its inception in 1995. He’s also publisher of the Garden Clinic Journal, the magazine of the Garden Clinic Club, Australia’s largest gardening club (20,000+ members). Graham is a recipient of the Veitch Memorial Medal from the Royal Horticultural Society in London, only the fourth Australian given this honour since its creation in 1870.

Graham has received many awards from the Australian Nursery and Garden Industry as well the Gold Laurel and Hall of Fame awards from the Australian Horticultural Media Association.
Graham was also a Trustee of the Royal Botanic Garden, Sydney for ten years. In 2011, The Royal Horticultural Society in London presented Graham with the Veitch Memorial Medal in recognition of his contribution to horticulture in Australia and around theworld. Graham is only the fourth Australian recipient of the VMM since Queen Victoria created the medal in 1870.
www.gardenclinic.com.au/about_us/