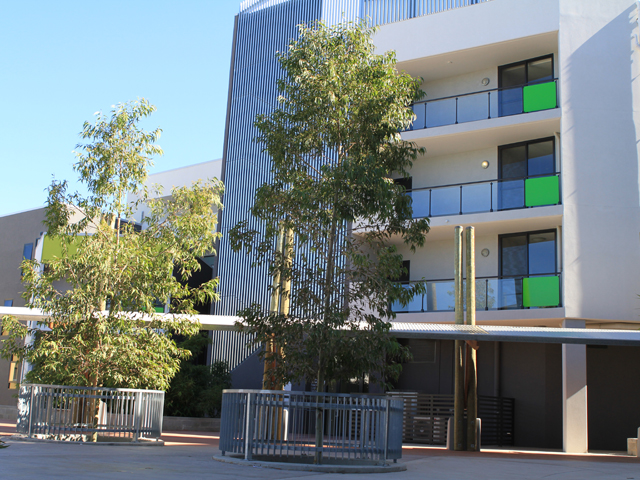 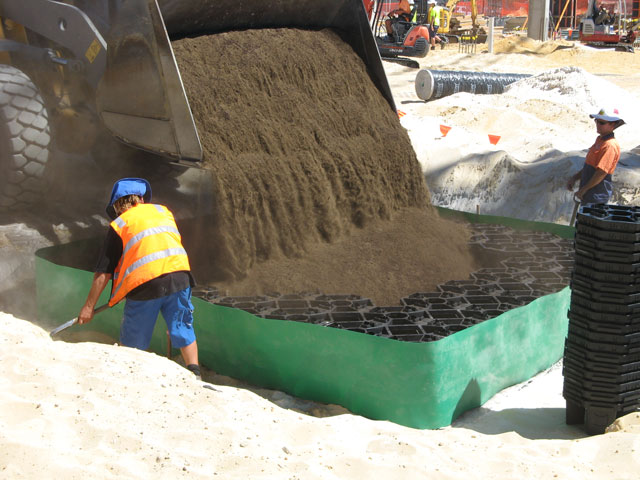 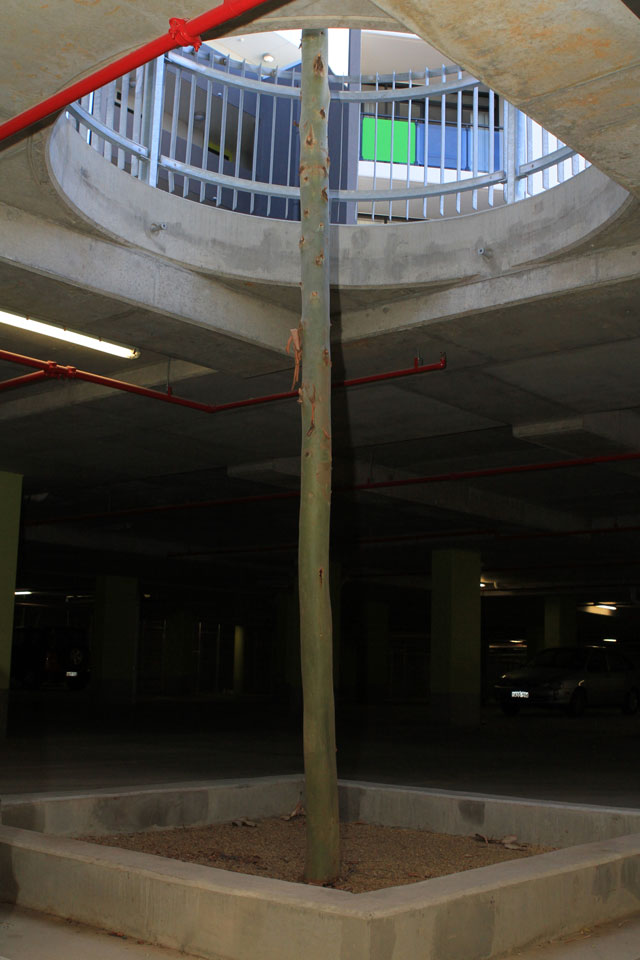 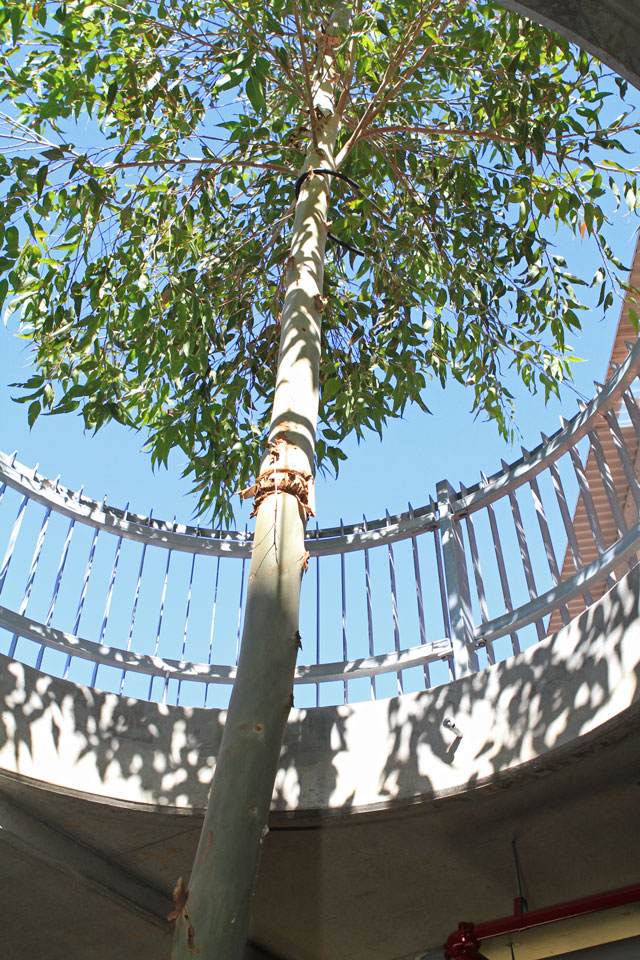 When landscape architecture company, Plan E, needed a system that would sustain large trees in the basement of a car park, they decided to turn to the CityGreen® modular StrataCell™ system.

The 20 Points Way Cockburn Central project in Western Australia started in 2010 and required Plan E to plant large trees in the basement car park which would pop up through voids into the public plaza above.

“We thought the StrataCells would give the trees the best chance of survival by maximising the volume of soil available to them,” says Caitlin Bell, landscape architect from Plan E.

The StrataCell structural soil cells, manufactured from 100 per cent recycled polymer, can be assembled to form a skeletal matrix that supports pavement and traffic loads. This features almost five times more available growing media compared to the traditional rock/soil method, therefore facilitating healthy root growth. Because of its high structural integrity, these matrices can be used beneath trafficked areas.

Cockburn Central is a landmark development of quality apartment living with an exciting mix of shops, eateries and businesses centred around the Town Square. This booming urban community is only 16 minutes away by train from Perth CBD and a short drive from Fremantle.

Caitlin said they had an initial bump in the process, as not a lot of construction contractors are familiar with the CityGreen StrataCell system. However, they found that the installation was quite straightforward and easy to do with the support provided by the CityGreen staff to resolve any site issues they had.

Jason Royal from consulting arborist, Arborlogic, initially provided the details of the StrataCell system to Plan E but was not involved with the design process. However, he visited the site to see the installation of the system out of his own curiosity and found that it was very easy and uncomplicated to use.

Chris Aylin, from Gregory Aylin Contracting company, was also impressed by the ease of installation and the support given by CityGreen.

During the entire project, Caitlin said the biggest issue they faced had nothing to do with the StrataCells themselves. The trickiest bit involved craning the trees into position in the car park.

Since the 12 months after the project finished, Caitlin said they have not seen any issues with the system and in fact, the trees are flourishing. Jason from Arborlogic also visited the site, again out of his own curiosity, and found it satisfactory.

“I saw the trees recently and they looked like they were in good health,” Jason says. If the opportunity arises, he says he will use the system again.

Although it was the first time Plan E has used the CityGreen StrataCell system, they were very impressed with the product and how well it fits with the overall design of the project. Since then, they’ve used the StrataCells on other projects and have even specified the product for further upcoming projects they have.