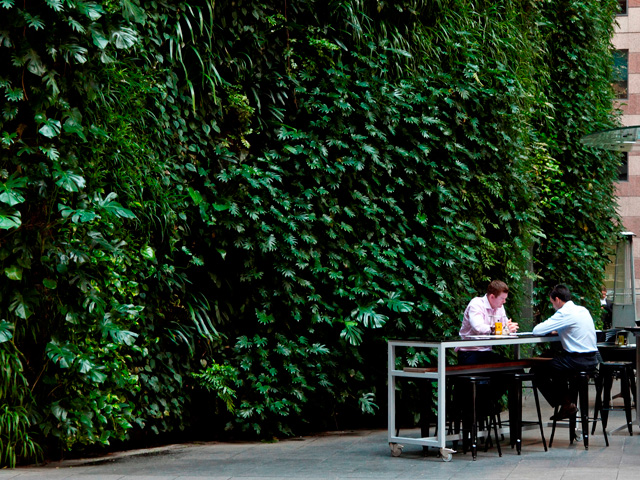 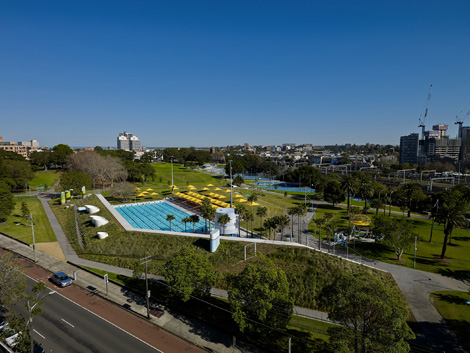 City of Sydney calls on residents and businesses to green their roofs in a bid to improve air quality and create a natural habitat for biodiversity.
Green thumbs across Sydney are being encouraged to reach for the sky under the City of Sydney’s new green roofs and walls policy.

The draft policy calls on residents and businesses to green their roofs and walls as a way of improving air quality, supporting biodiversity and creating new spaces in the heart of the city for food production and relaxation.

Lord Mayor Clover Moore said there was currently at least 96,000 square metres of green rooftops and walls across the city – roughly equal to 230 basketball courts.

“Green roofs and walls are not only beautiful additions to buildings, they also improve air quality, clean stormwater and provide a natural habitat for biodiversity.

“We want to support this emerging industry, give local providers a boost and help city residents and businesses discover the benefits of installing green roofs and walls.”

In green roofs and walls, plants are integrated into a building’s design, with layers of vegetation installed on top of waterproofing materials. They can be part of the wall structure or free-standing, as simple as a planter box or as elaborate as a large rooftop garden.

While Sydney’s green roof and wall industry is still young, providers report that demand for their services has grown dramatically over the past few years.

Managing Director of Junglefy, Hanna Gammon, said the company has witnessed the rapid growth of this popular industry firsthand.

“My husband and I were inspired to set up Junglefy in 2009 and the business has really gone from strength to strength,” Ms Gammon said.

“We now have 13 extra staff and the business is really growing. Initially we were only seeing demand for green roofs and walls from big corporations, but now we are witnessing an interest from all sectors of the community. People are really expressing a desire to live in a greener and more natural environment.”

National Sales Manager of Fytogreen, Stuart Tyler, said the company experienced real growth in the industry in 2010 and is now “busier than ever”.

“We grew substantially in 2010 when the company was commissioned to deliver the largest vertical green wall in Australia at 1 Bligh Street in Sydney,” Mr Tyler said.

“The future for our company looks great and we are constantly excited by the interesting requests we get from our customers for creative and natural green spaces.”

The City has seven green roofs and five green walls of its own, including a newly-installed green roof at Prince Alfred Park Pool in Surry Hills – the biggest of its kind in Sydney, topped with 35,917 plants including six varieties of indigenous wildflowers and grasses.

The new draft policy, which looks at ways of further unlocking the potential of the sector by investing in research and technology, reducing installation costs and educating the community on the benefits of green roofs and walls, will now be put on public exhibition.

“While green roofs and walls have long been popular in North America and Europe, the City’s new policy is the first of its kind in Australia,” the Lord Mayor said.

“We are looking forward to working more closely with local businesses and residents to further develop this emerging industry and increase the number of green spaces across Sydney.”

To have your say on the City’s draft green roof and walls policy, visit:
http://www.cityofsydney.nsw.gov.au/vision/on-exhibition/current-exhibitions