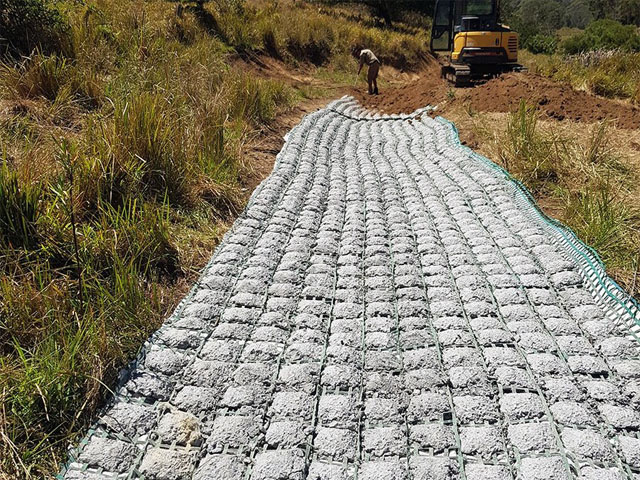 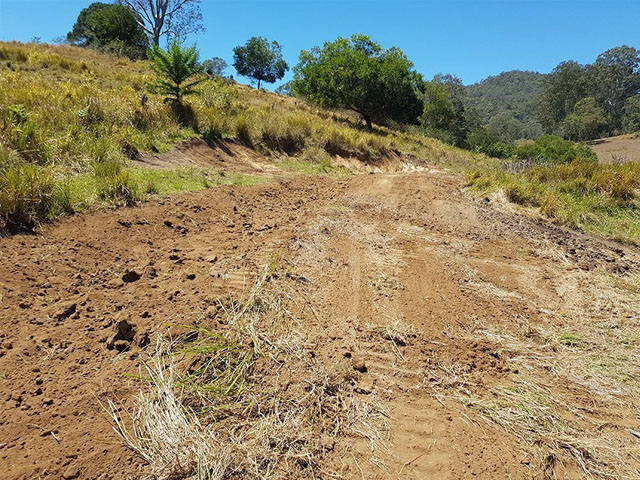 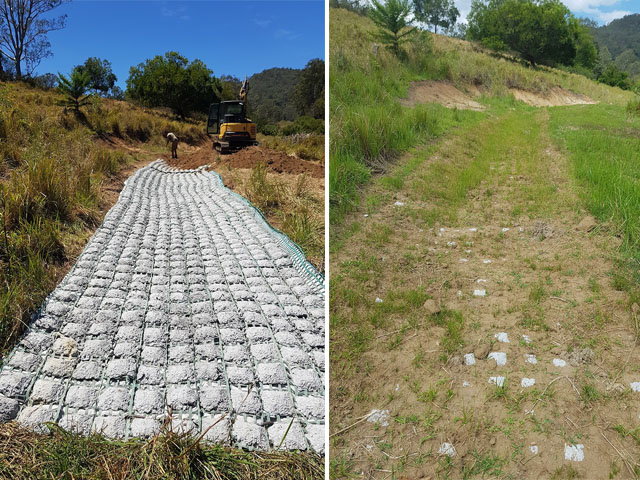 A dam spillway in Conondale, QLD, was continuously getting worn away after every rain event and in desperate need of repair. The property owner required flows to be controlled and spillways constructed in a way that would protect the spillway from further erosion and also prevent it from future erosion. He also needed good access so he could mow with his slasher in the future without damaging the dam edges.

To fix the problem, Concrete Erosion rolls were placed into position and unrolled across the cleared areas. With its flexible nature, the mats easily contoured to the curves of the spillway. The cleared area was the seeded for grass to grow under the mat and the spillway was then seeded, which resulted in installation grass growing to cover the mats only six weeks later

The mats started working straight away, reducing flow speed and the potential erosion of the water as it flowed across the concrete mat.