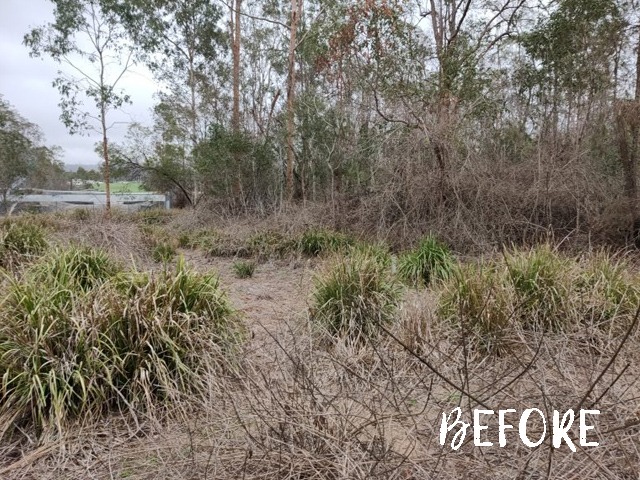 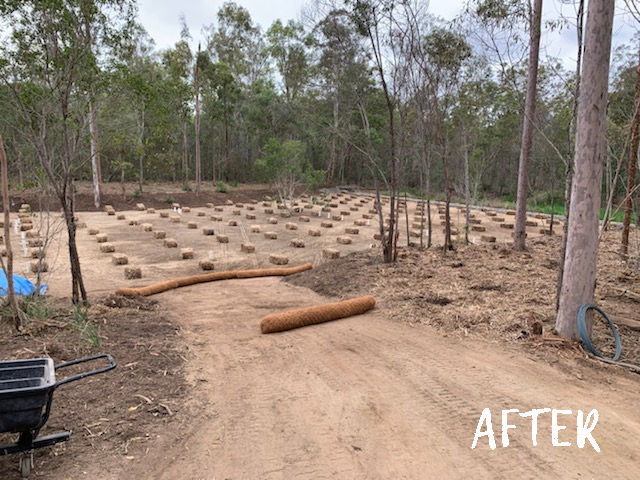 With more than 40 years in the industry, Total Environmental Concepts are specialists in environmental landscaping and maintenance. Contracted to rehabilitate a problematic bioretention basin in Gatton in Queensland, the TEC team of skilled contractors identified several issues at the site before utilising their extensive experience to fix the problem.

Noting the extensive amount of weeds blocking the batter of the basin, the team sprayed then removed the debris by hand, using a forestry mulcher to create maintenance access down the batter to the bioretention. Once cleared, batters were mulched and replanted with jute netting to protect the embankment during the establishment phase.

At the downstream end of the bioretention, a wall of gabions, through which underdrainage had been placed, with a bentonite liner between the filter media and gabion. This poor design resulted in washout of the filter media through the gabions, creating a number of large holes.

Total Environmental Concepts was able to repair the problem by constructing a barrier upstream of the outlet gabions, excavating a new site, placing new fill, and lining the upstream surface with geofabric. A new drainage layer, transition layer and filter media was then installed, with a rock mattress over the fill material.