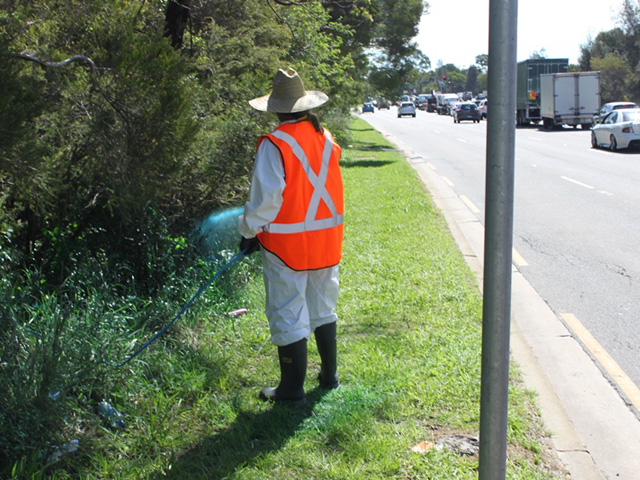 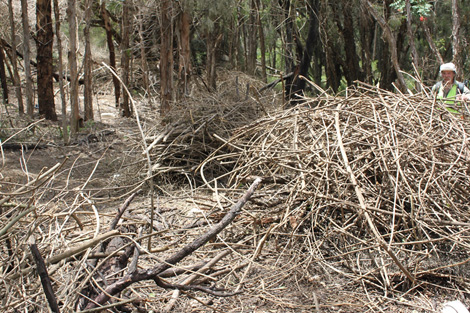 The Bankstown Bushland Society received an Environmental Trust Grant in the 2012 round to carry out bush regeneration works in two areas of remnant bushland on opposite sides of Milperra Road near Bankstown Airport.These bushland remnants are part of the Milperra Wetlands classified by the New South Wales Office of Environment and Heritage as Freshwater Wetlands on Coastal Floodplains and listed as a Threatened Species Conservation Act Endangered Ecological Community.

The objective of this project is to raise community awareness of the significance of natural areas and protect them from development such as road widening. Earth Repair Ecology Pty Ltd has been contracted to carry out this work.

Works to date have included extensive primary control for woody weeds including small and broad leaf privet, green cestrum and lantana. Cut material has been piled in situ as fauna habitat.

In order to prevent cleared areas from being colonised by annual and perenial weeds such as cobblers peg, paddys lucerne, wandering jew and ehrharta high volume herbicide spraying was carried out in the more disturbed areas along the road batter.

A flame weeder was used in more resilient areas to control regenerating weed seedlings particularly paddys lucerne and cobblers peg. The use of a flame weeder eliminated the need to remove these weeds from around native grasses and herbs which would have been the case if back pack spraying had been employed. Works will also include extensive high volume spraying for Alligator weed.