Dubai is set to get another world-first with the construction of a pair of rocket-shaped skyscrapers, which will form the centrepiece of a new waterfront development. 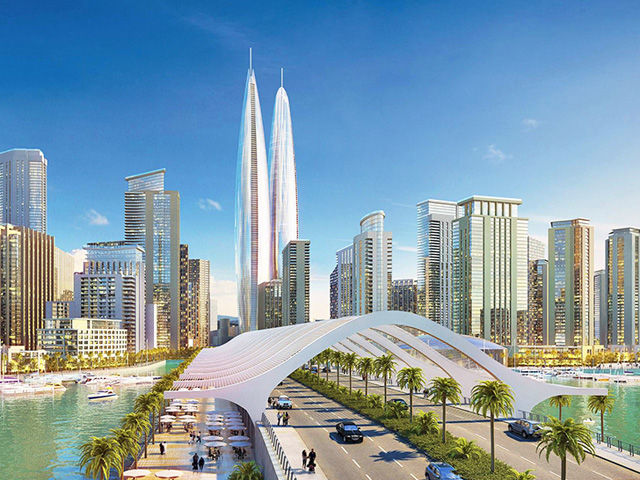 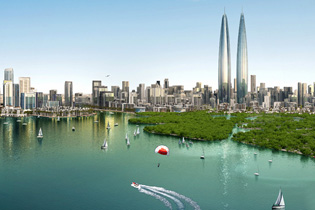 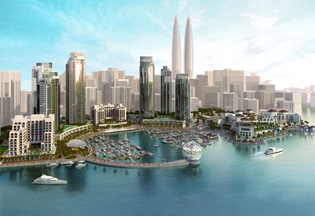 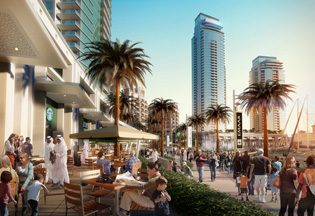 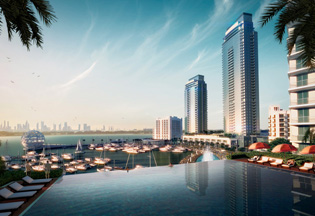 The paired structures will form the centrepiece of a huge new waterfront development called the “Dubai Creek Harbour” which will play host to another six residential towers and will take up three times the size of downtown Dubai.

In total, the project will accommodate 39,000 residential units as well as 22 hotels, with the first residences being pre-sold from the beginning of November. Other proposals for the area include a Zaha Hadid designed opera house and cultural centre.

Developers Emaar Properties commented: “With no legacy ties to infrastructure, this new Dubai will leapfrog many of the world's other global cities.”

Planned on an open site, Dubai Creek Harbour will combine the city with the natural contours of the creek. The site is adjacent to the Ras Al Khor Wildlife Sanctuary, which is home to around 450 different animal species. The Dubai Creek Harbour plans include a new visitor centre that would bring a message of sustainable biodiversity to new generations.

No start date has yet been set for construction of the centrepiece twin towers, whose height has yet to be confirmed.

Visitors can already admire a number of exciting and unusual structures and attractions in Dubai. Opened last year, the Dubai Miracle Garden is a vibrantly coloured oasis which features over 45 million flowerbeds. There’s also the world’s tallest twisted tower which can be found at Dubai Marina. And Dubai’s forthcoming Mall of the World will offer a climate-controlled city under a glass dome featuring a theatre district modelled on Broadway and West End.